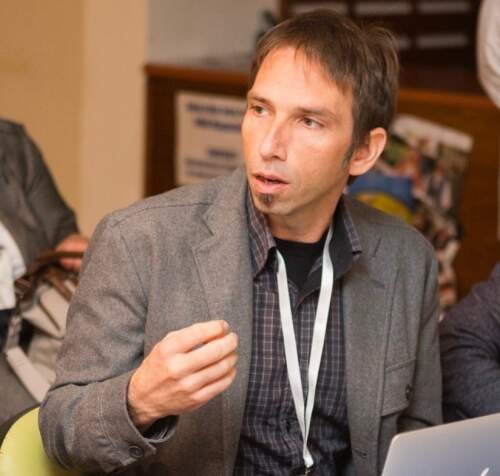 Leonidas Karakatsanis is the author of the research monograph: Turkish-Greek Relations. Rapprochement, Civil Society and the Politics of Friendship (Routledge, 2014). He holds a PhD in Ideology and Discourse Analysis from the University of Essex. He has researched and published on issues related to the politics of identity and reconciliation, civil society, minority rights, immigration and theories of qualitative methods in the social and political sciences.

Leonidas Karakatsanis received his PhD in Ideology and Discourse Analysis from the Government Department at the University of Essex. He was a co-convener of the ‘European Identities and encounters’ graduate seminar series at the Centre for Research in the Arts, Social Sciences and the Humanities (CRASSH) at the University of Cambridge, and a co-organiser of the international graduate conference ‘complexities of Europe: Between  knowledge, power, citizenship and identity’ (20-21 November 2009, CRASSH, University of  Cambridge). He has participated in research and intervention projects on minority and immigrant rights protection in Greece (Open-Polity, European Migration Dialogue) and has co-organised seminars, workshops and conferences in UK and Turkey.

He joined the British Institute at Ankara (BIAA) as a post-doctoral fellow in 2012 and co-organised the international interdisciplinary workshop ‘Bordered places | Bounded times’. He is currently BIAA's assistant director (2015-18).

His research interests include the politics of identity and reconciliation, nationalism, minority rights, immigration, civil society and the politics of resistance. His theoretical interests include discourse theory, theory of deconstruction, theories of affect, post-structuralist political theory and interdisciplinary approaches to social and political sciences. His areas of interest include Turkey, Greece, Southeastern Europe, the Mediterranean, and Africa.

Leonidas is currently working as the co-editor of two publication projects: the edited volume: Bordered Places | Bounded Times (BIAA monograph Series 2015, forthcoming together with Emma Baysal) and the volume Performing the Left: Explorations of the politics of culture in/between Turkey, Greece and Cyprus since the 1960s (together with Nikolaos Papadogiannis, forthcoming by Routledge 2016).