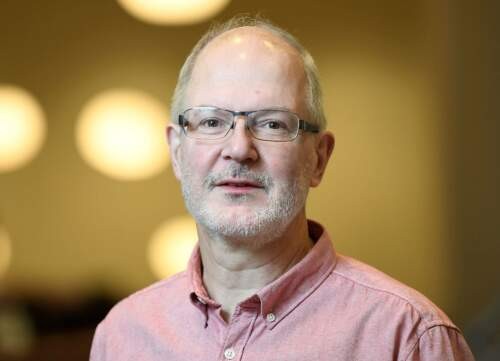 My research focuses on international political economy, regionalism, development policies and governance. I have worked on governance issues in Suriname and Uganda. I published Capitalism and the Third World (1993) and The Politics of Aid Selectivity (2007) and (co-)edited six volumes and special issues. Recent books are Political Economy and Aid Industry in Asia (with J. Hutchison, C. Hughes and R. Robison, 2014), and A Political Economy of African Regionalisms (with M.A. Mohamed Salih, 2019).

I am professor of Governance and International Political Economy at the International Institute of Social Studies of Erasmus University Rotterdam, The Netherlands. My research interests relate to international political economy, regionalism, development policies and their relation to issues of governance. I have further done research on various aspects of politics and governance in Suriname and Uganda.

I have authored Capitalism and the Third World (Edward Elgar, 1993), The Politics of Aid Selectivity (Routledge, 2007) and was (co-)editor of six volumes and special issues, most recently of EU Strategies on Governance Reform: Between Development and State-building (Routledge, 2012). Together with Caroline Hughes, Jane Hutchison and Richard Robison, I published a monograph on the political economy of development assistance, entitled Political Economy and Aid Industry in Asia (Palgrave Macmillan, 2014), and, with M.A. Mohamed Salih, A Political Economy of African Regionalisms (Edward Elgar, 2019).

Recent and forthcoming journal articles and chapters include: ‘The Permanent Crisis of Development Aid’, in B. Jessop and K. Knio (eds) The Pedagogy of Economic Crises: Crisis Dynamics, Construals, and Lessons, Abingdon: Routledge, 2019; ‘Police Integrity and the Perceived Effectiveness of Policing: Evidence from a Survey among Ugandan Police Officers’, in Kutnjak Ivković, S. and Haberfeld, M. (eds) Exploring Police Integrity, Cham: Springer, 2019 (with N. Wagner); ‘Improving Police Integrity in Uganda: Impact Assessment of the Police Accountability and Reform Project’, Review of Development Economics, 2020 (with N. Wagner and R. Namara); and ‘Holding Ugandan Police to Account: Case study of the Police Accountability and Reform Project’, in Bergh, S., Pellissery, S. and Sathyamala, C. (eds) The State of Accountability in the Global South: Challenges and Responses, Cheltenham: Edward Elgar, 2020 (with N. Wagner and R. Namara).

Before my current position, I worked as (senior) lecturer and associate professor at the departments of political science of Erasmus University Rotterdam and the Universities of Leiden and Nijmegen, and was a visiting fellow at Murdoch University (Australia), the University of Sheffield (UK), Johns Hopkins University (USA), the Institute of Southeast Asian Studies (Singapore) and Central University of Iowa (USA). In 2009, I was a Distinguished Research Fellow of the Innovative Universities European Union Centre (Australia). From 2013 until 2017, I served as one of the two editors of the European Political Science Review, the flagship journal of the European Consortium for Political Research, published by Cambridge University Press.