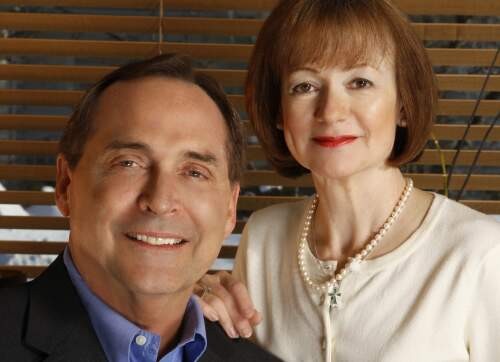 Jim Petro, former Attorney General of Ohio, litigated cases from Mayor's Court to the U.S. Supreme Court for four decades. Yet he didn't anticipate becoming the first attorney general to intervene on behalf of an Innocence Project client, a family man serving life for a crime he didn't commit. This frightening miscarriage haunted Jim and his wife Nancy. They co-authored "False Justice," a memoir of awakening to wrongful conviction and the pursuit of America's promise of justice for all.

Jim Petro retired as Chancellor of the University System of Ohio on February 1, 2013. A graduate of Denison University and Case Western Reserve University School of Law, his legal career began with the prosecution of adult felony crimes as an Assistant Prosecutor in the office of Franklin County (OH) Prosecuting Attorney George Smith. His 40-year legal career included litigating cases in venues from Mayor’s Court to the United States Supreme Court.
Jim Petro also pursued public service and was elected to serve Ohioans as Rocky River Council Member and Director of Law, State Representative, Cuyahoga County Commissioner, Auditor of State, and Attorney General.
He was the first state attorney general to intervene on behalf of an Innocence Project client and later became a pro bono lawyer for the Ohio Innocence Project (OIP). He worked with OIP Director Mark Godsey on Ohio’s criminal justice reform law enacted in 2010. Jim Petro received the 2010 Innocence Network Champion of Justice Award. He co-authored with Nancy Petro, False Justice – Eight Myths that Convict the Innocent (Kaplan 2011).
Nancy Petro, a Phi Beta Kappa Denison University graduate, followed a communications and business career with a focus in 2008 on writing and advocacy related to wrongful conviction and criminal justice reform. She co-authored with Jim Petro, False Justice–Eight Myths that Convict the Innocent (Kaplan 2011), which earned a 2011 Constitutional Commentary Award from the Constitution Project and the 2012 Media Award from the Northern California Innocence Project. The book was translated and published in China by Peking University Press in 2012, and a revised edition for the academic market was published by Routledge in July 2014.
Nancy Petro has written for InBrief, The Magazine of Case Western Reserve School of Law and the Ohio Innocence Project’s Annual Review. She has co-authored articles and book chapters on the subject of criminal justice and is a contributing editor of the Wrongful Convictions Blog.

Jim and Nancy Petro consider active commitment to faith and family their primary personal interests. Their immediate family recently expanded to four generations with the birth of their first two grandsons eight weeks apart. In addition to traveling to visit family and friends throughout the country, Nancy and Jim are frequent international travelers. They enjoy biking, walking, and  productive living. They've been lifelong Christians, and Methodists nearly that long. Jim and Nancy live half the year in Lakeside, Ohio, and half in Naples, Florida. Married 40+ years, they hope to carry on as involved grandparents, community activists, justice advocates…gratefully blessed by the grace of God. 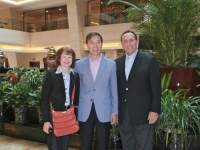