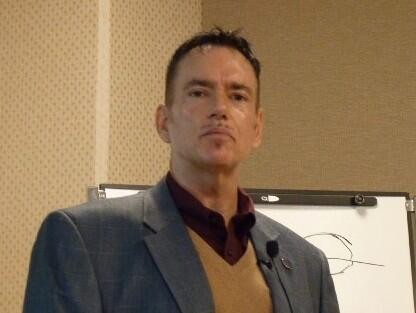 Jonathan P. Dowling is the Hearne Chair Professor of Theoretical Physics and Co-Director of the Hearne Institute for Theoretical Physics, Department of Physics and Astronomy, Louisiana State University, Baton Rouge, Louisiana.  Prof. Dowling received his BS in Physics (with honors) from the University of Texas at Austin (1977). He then received his MS in Applied Mathematics (1981), MS in Physics (1984), and PhD in Mathematical Physics (1988), all from the University of Colorado at Boulder. He was a Visiting Research Scientist at the International Center for Theoretical Physics in Trieste, Italy (1986–1987); a Visiting Research Scientist at the Max Planck Institute for Quantum Optics in Garching, Germany (1989–1990); and a National Research Council Research Associate in the Optical Science & Technology group at Army Aviation and Missile Command (AMCOM), Huntsville, Alabama (1990–1994). He then took a post as Research Physicist at AMCOM (1994–1998), before leaving to take a position as Research Scientist at the Senior Level in the Quantum Computing Technologies Group at JPL, where he was eventually promoted to Group Supervisor & Principal Scientist (1998–2004), before to taking his current posts in Louisiana (2004-Present). Dowling has over 125 published articles, with a an h-index of over 37, and he holds eight US patents in the fields of nonlinear and quantum optics. He is a Fellow of the American Association for the Advancement of Science, a Fellow of the American Physical Society, a Fellow of the Institute of Physics, and a Fellow of Optical Society of America, and has served on the editorial board of Physical Review, the Journal of the European Optical Society, Concepts of Physics and Crystals. He has been awarded the Willis E. Lamb Medal for Laser Science and Quantum Optics (2002), the US Army Research and Development Achievement Award (1996), the NASA Space Act Award (2002), and was runner up for the Discover Magazine Technology of the Year Award (2001).

Interested in the history of science and the foundations of quantum physics.