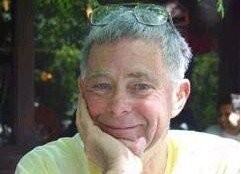 I have enjoyed a diverse career in universities, in public service, and in private enterprise. My long-term interests have been with issues at the intersection of science, economics, and politics. My basic motivations here stem from by belief in the importance of sustainability in the use of natural resources (including in relation to climate change), and the demands of social justice - both for its own sake and as a means of avoiding social conflict.

Initially I studied sciences and obtained a Ph.D. in chemistry (x-ray crystallography) at the University of Auckland, New Zealand, and was then engaged in research at the UK Medical Research Council Laboratory for Molecular Biology at the University of Cambridge, with Nobel Laureate Dr John (later Sir John) Kendrew, on derivatives of the protein myoglobin.  Subsequently I took a B.Sc.(Econ.) degree in economics at University College, London, and became a consultant and then administrator at the Environment Directorate of the OECD in Paris.

Upon my return to Australasia I worked as a public servant for the Government of Victoria on environmental issues, and latterly as economist to the Government’s salinity control programme.  I was for several years co-director of Rush Social Research, an Australia-wide social research consultancy providing research and analysis particularly for public sector organisations and institutions.  During 1993 I was a Visiting Fellow at the Centre for Resource and Environmental Studies (now the Fenner School of Environment and Society) at the Australian National University.

In recent years I have become a freelance researcher and writer, and have written two books: "Economics, Sustainability, and Democracy: Economics in the Era of Climate Change", published by Routledge in 2012, and "The Failure of Free Market Economics and the Future of New Zealand", self-published in New Zealand in 2014, and available as a Kindle.

My proactive interests are currently two.  First, I am interested in the consequences of neoliberalism for democratic societies and their economies. Second, as a born Norfolk Islander I am interested in small islands as models for sustainable economies in what is likely to be a turbulent twenty-first century. An essay entitled "Norfolk Island: Thoughts for the Future" is currently in press and will be distributed by Cameralines, Norfolk Island.  Other areas of interest include heterodox approaches to the current global economic slowdown, and the social, political and economic responses to the phenomenon of climate change.