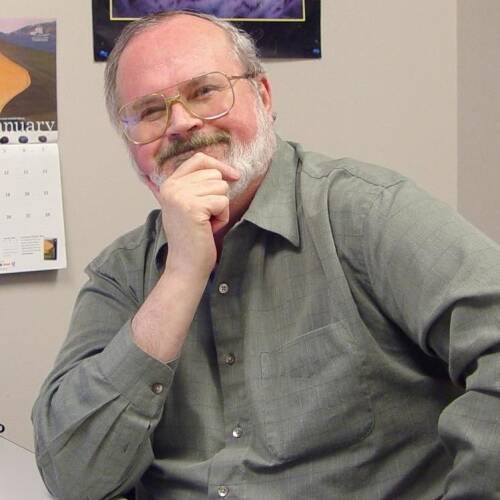 Michael Moore is a 25 year veteran of the game industry, having designed and developed wargames, role-playing games and mass market games for 10 years before moving into electronic games as a designer and producer for the next 15 years.

Michael is a 24-year veteran of the games industry. For the first ten years, he designed, developed and produced board games (mass market, role-playing, and military simulation games). He was also managing editor of three game magazines (“Strategy & Tactics,” “Ares” and “MOVES”) at Simulations Publications, Inc. and TSR Hobbies. Some board games he designed included "Dr. Ruth’s Game of Good Sex," "The Game of Good Cooking" and "Central America."

Michael then moved into computer games as a designer and producer, working for such publishers as Infocom, Activision, and 3DO. In addition, he helped start up several game development companies. Over the years, he designed and produced such computer games as:
*Shanghai II: Dragon’s Eye
*BattleTech II: The Crescent Hawks’ Revenge
*SpellCraft
*The Shadow of Yserbius/Fates of Twinion
*Alien Legacy

Michael joined the Game Software Design and Production Department at DigiPen Institute of Technology in January 2004 and taught game design and project management to undergraduate graduate students. He acted as department chair for 3 ½ years. He left DigiPen in 2009 to write books.

In addition to writing "Basics of Games Design," he has also written two industry textbooks: "Introduction to the Game Industry" (with Jen Sward) and "Game Development Essentials: Game Industry Career Guide" with Jeannie Novak. He is currently working on a history of games from the Stone Age to the present.