As Millions of people in the UK and worldwide get ready to celebrate Her Majesty The Queen's Platinum Jubilee, there seems no better time than now to explore how royal events have strategically been used to reinforce the role of royalty within society.

As tradition dictates, brits will engage in street parties, lunches, and brunches that will likely last throughout the Bank Holiday weekend. And millions around the world will also join in the festivities.

Although jubilees and coronations often inspire patriotism and community togetherness, Jennifer Laing and Warwick Frost explain that these events serve a deeper purpose in their book Royal Events - Innovations, Rituals, Meanings. The book also examines Princess Diana's legacy and the royal's delicate relationship with the media.

The Royal Family and public opinion

The prominence of the royal family is ever-shifting, and the relationship between the British public and the royal family has always been delicate. The British media have always governed the public perception of the Royal Family, and upon observing the dynamic, one might contemplate 'who controls whom'? There always seems to be a mixed perception from the public regarding the royal family. Some are monarchy mad and demonstrate their love for the royal family by sporting Queen Elizabeth memorabilia, queuing for hours outside Buckingham Palace during royal weddings and events, and generally expressing their unwavering passion for the monarchy. Others are seemingly indifferent, while some would prefer if we abolished having a monarchy entirely!

Over the years, under Queen Elizabeth's rule, the Royal Family has been the subject of numerous media scandals. From the unfortunate and devastating loss of Princess Diana to the inquiries into Prince Andrew and, more recently, Prince Harry marrying a non-white, non-royal African American.

Irrespective of the royal family and our differing opinions, they remain constant in the public's minds. Just as royal events like the upcoming Jubilee are a tool for strategic royal reinforcement within society, it could be said that media scandals, whether deemed good or bad, also serve a similar purpose.

Race within the Royal Family

One of the more recent discussions around the royal family has been the introduction of an African American by way of Prince Harry's decision to marry Meghan Markle, Duchess of Sussex. To call such a decision a 'scandal' in 2022 seems rather preposterous. However, we still live in a very fragmented society. Sadly, we are often allocated social and economic boxes to live in based on our race, culture, religion, and class bracket.

A once enslaved race has today integrated into all areas of society, including establishments like the White House and the British monarchy, and the changing times dictate the acceptability of these shifts.

The Commonwealth is commonly recognized as an association of 54 independent countries that voluntarily decided to join the British Commonwealth. However, it is by no coincidence that almost all Commonwealth countries were previously under British rule.

At one time, one might have argued that Britain was one of, if not the biggest colonizer in the world. Another royal topic worth exploring regarding the intentional reinforcement of royalty within our society is the changes we're seeing in the structure of the Commonwealth.

Over recent years, more and more commonwealth countries' have successfully campaigned to regain their independence. Although many previously British ruled countries have fought for and gained their independence, Queen Elizabeth remains their head of state. Last November, after nearly 400 years under Britain, Barbados officially removed the Queen as their head of state last November, having initially gained independence from the UK in 1966. These shifts support the broader social and cultural climate and reflect the ever-changing times.

Whilst the coming weekend is a beautiful opportunity to be patriotic, celebrate with friends, family, and neighbors within our communities, and pay homage to Her Majesty and the Platinum Jubilee - we can also think more deeply and reflect on royalty's role in our society. Irrespective of personal opinions towards the royal family, they still remain eminent.

If you want to explore the role of royalty in our society in more depth, then check out Royal Events - Innovations, Rituals, Meanings, written by Jennifer Laing and Warwick Frost.

Discover the work of Jennifer Laing and Warwick Frost: 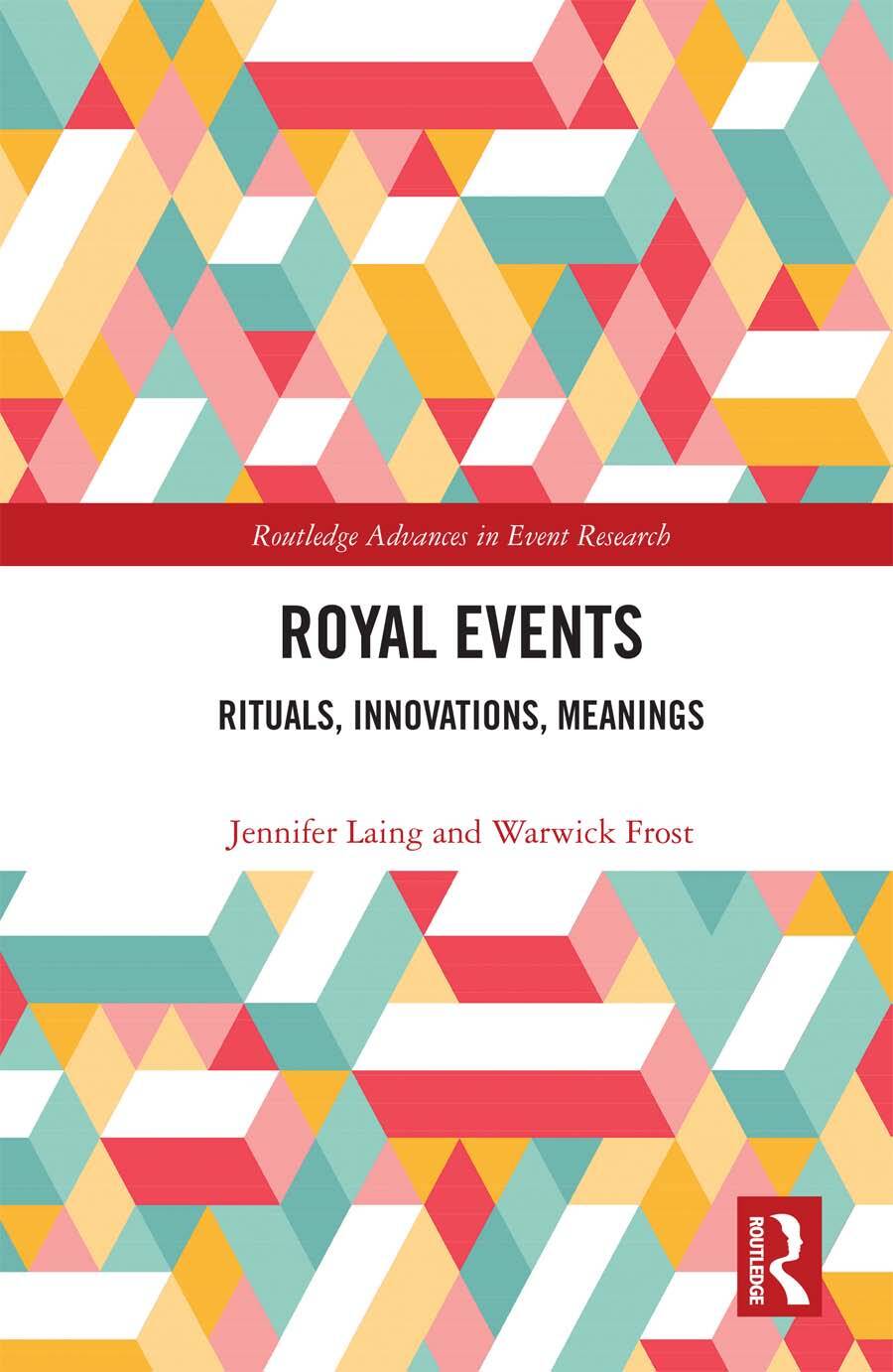