The pandemic has affected aggression at the interpersonal level, as well as producing worrying levels of intergroup conflict. Barbara Krahé, author of The Social Psychology of Aggression, considers how the pandemic is conducive to aggression and the long term social costs of the pandemic.

The Covid-19 pandemic has brought unprecedented challenges to people’s lives, threatening their health, economic livelihoods, freedom of movement, and – not least – their social relationships. It is too early to gauge how fundamental and lasting these challenges will be, but we already see major changes in the way people live together in families, social groups, and societies at large. As an aggression researcher, I am particularly concerned about the potential impact of the pandemic on people’s tendencies to show aggressive behaviour, defined as behaviour carried out with the intention to cause physical or psychological harm to others. From a social psychological perspective, there are several “ingredients” of the current situation that are conducive to aggression: 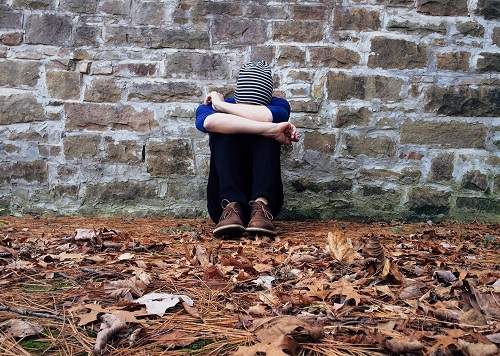 In addition to affecting aggression at the interpersonal level, the Covid-19 pandemic has produced worrying levels of intergroup conflict along several lines: the apparent lack of compliance with the contact rules by the younger generation at the expense of protecting vulnerable older people creates an intergenerational conflict. The efforts by certain geographic areas to ban tourists from more affected areas give rise to interregional conflict, and confrontations between corona denialists and people believing in the threat and the measures to control it are often politicised in terms of rightwing versus mainstream political orientations. It has long been known that intergroup conflict is a breeding ground for aggression against outgroup members via two basic processes: (a) pursuing conflicting group interests, in this case the interest to lead a free life without restrictions versus the interest to avoid infection, and (b) protecting a positive social identity by seeing one’s own group as superior to the outgroup, which works even in the absence of realistic conflicts of interest and is highlighted in the current social climate of polarization.

In combination, theories and findings from aggression research send a clear message: The Covid-19 pandemic not only threatens the health and economic well-being of individuals and societies, but also entails severe costs for their social relationships. At the same time, they suggest a range of strategies for preventing or buffering these negative effects. The first is to reduce the degree of uncertainty by providing clear and consistent messages about the necessary course of action to (a) persuade people to comply with the contact rules and (b) to reduce the sense of helplessness created by living under a severe threat that is difficult to control. The second lesson refers to the buffering of the many frustrations the pandemic brings to people’s lives. A consistent body of evidence has shown that people’s response to frustration depends critically on how they interpret the frustrating event or circumstances. They are much less angered if they perceive the frustration as unintentional or beyond the frustrator’s control than if they see it as an intentional act. Thus, highlighting the rational basis and prosocial intentions underlying the restrictions of personal freedom may help to increase tolerance of frustration. Furthermore, to reduce the sense of social exclusion, provisions should be put in place to enable people not yet familiar with digital forms of social communication to develop these skills. And finally, to reduce conflict between different social groups, a tried and tested strategy is the weakening of ingroup-outgroup boundaries by emphasizing the superordinate goal that all groups have in common: overcoming the pandemic and returning a normal life as quickly as possible.

The Social Psychology of Aggression 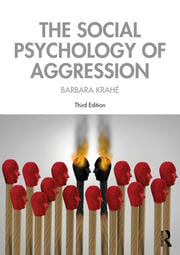 Thoroughly revised and updated, this third edition offers a comprehensive and up-to-date overview of the social psychology of aggression, covering all the relevant major theories, individual differences, situational factors, and applied contexts. 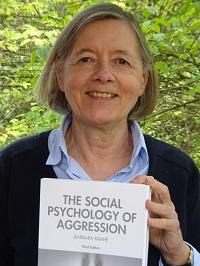 Barbara Krahé is Professor of Social Psychology at the University of Potsdam, Germany. She was awarded the German Psychology Prize for her work on aggression in 2015 and has served as President of the International Society for Research on Aggression (ISRA). She is a Fellow of the Association for Psychological Science and a member of the Berlin-Brandenburg Academy of Sciences and Humanities.

What is "normal" personality?

Enjoyed this blog and looking for more social psychology content? Read the latest blog, What is "normal" personality?, from Routledge author, Colin Cooper.