One of the striking features of modern childhood – variously dating back to the 19th century – is the growing interest of the state in the child. The interest began most obviously with the rise of government-sponsored education, and ultimately educational requirements, often along with tentative efforts to regulate child labor. But it would expand into other areas, particularly with greater concerns about child health and hygiene, but also new attention to appropriate treatment of juvenile offenders, orphans and so on.

These connections were and are important in themselves, but they are worth mentioning for two other reasons. First, they have turned out to be global. While many of the initial innovations centered in the West, other areas have added further steps. Dealing with childhood was a vital aspect of the Meiji reform era, and the intense interest of communist governments in childhood deserves more attention than it sometimes receives. And connections can be actively explored in other regions as well – such as Turkey under Ataturk.

The connections also provide at least a partial response to the concerns recently raised, in an American Historical Review symposium headed by Sara Maza (October, 2020), about deficiencies in the historical work on childhood. Maza lamented the extent to which the promise of childhood history has failed to move the subject into the historical mainstream. The symposium itself offered a number of vigorous responses to this argument, but I don’t think the concern can be dismissed entirely: most survey texts, whether in world or in US history, still do little or nothing with childhood. And this is where greater emphasis on the state-childhood connection may serve as a useful bridge, urging childhood historians to incorporate the state more fully (at least in modern history), but impelling political historians to pay more attention to the changing governmental concerns with childhood in turn.

I have to admit that state action is not my favorite angle in dealing with childhood history. I am still more taken with topics like the changing role of death – I find it deeply interesting to work with students to try to figure out how families, including children, handled traditional levels of child mortality, and how the modern demographic transition has changed the experience of childhood. Or play: the argument that children in the past had more scope for spontaneous play needs to be seriously worked into any assessment of modern childhood. Or happiness: I have been intrigued by the rise and at least partial global spread of the birthday celebration, which is such an interesting innovation as against traditional ideas of child-parent relations (some critics of the modern birthday have always argued that children should be thanking their elders, not expecting their elders to pay attention to them).

But the rise of state interest is an important facet – including the growth of official advice to parents themselves, from governments that began to believe that unaided parents were probably a menace. And I do think it is worth discussing whether playing this angle up might help integrate the flourishing subfield of childhood history into more mainstream concerns. John Demos once wrote an appealing comment on what politicians should know about childhood history (and how appallingly little they did know) (Past, Present and Personal: The Family and the Life Couse in American History, 1986); we might return the favor by remembering what childhood historians need to know about politics.

And there is a vital contemporary angle as well, at least in the United States. One of the challenging features of recent American childhood history has been a decline in government attention to the child. The fabled Children’s Bureau, a vital early 20th century innovation, while it still exists, has been increasingly sidelined since the 1970s. The White House conferences on the child, another vigorous source of reform, ceased after 1971, and efforts to revive them in 2012 came to naught because of partisan dispute. But now, possibly, under the Biden administration, but with some bipartisan interest as in proposals by Senator Romney, government involvement may be heating up again, particularly around pressing issues like child poverty and the distressing recent national performance on child morality (the US currently places 51st on this metric, tied with Croatia). New attention to, and awareness of, the richer history of government-childhood interactions, informed as well by comparative insights, could contribute to this welcome revival, giving childhood historians another way to be useful.

For a couple of decades now, childhood history has been an exciting way to introduce students to some of the complexities of historical analysis, and to challenge some of their assumptions about their own generational uniqueness. It’s increasingly appealing to facilitate connections to the public policy angle as well, as part of renewed political debate – in which students can be directly engaged. 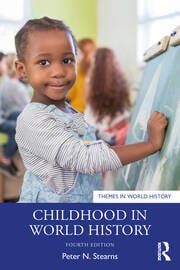 Now in its fourth edition, Childhood in World History covers the major developments in the history of childhood from the classical civilizations to the present and explores how agricultural and industrial economies have shaped the experiences of children. 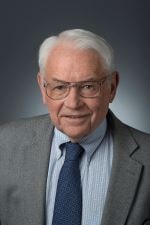 Peter N. Stearns is University Professor of History at George Mason University. He has written widely on the history of childhood, with essays in a number of interdisciplinary collections as well as the new, 4th edition of his Childhood in World History. Childhood and parenting also figure prominently in his work on the history of emotions, as in changing patterns of happiness, grief and fear.