It has been four long years, and the biggest sporting event in football is finally upon us. Some fans call it football, and others call it soccer, but no matter the name of choice, football fans remain the sport's lifeblood.

This month thousands of football supporters will undoubtedly make the long trip to Qatar to support their national team in the World Cup. Nevertheless, why are the fans there at all?

What motivates people to board a plane and fly across the world to wear expensive team apparel and essentially serve as walking advertisements for corporations with multi-millionaire employees to get into heated debates about whether the player was off-side or if the ref made the right or wrong decision?

Some deeper psychology is at play, and much of it involves the self.

Fandom is defined as the fans of a particular person, team, fictional series, Etc., regarded collectively as a community or subculture.

The notion that people derive self-esteem benefits from basic associations with successful others has been well-established. For example, research by Cialdini and colleagues has concluded that people are likelier to wear sports-related apparel following team victories than following losses.

Our need to increase our sense of self-worth leads us to seek broad connections, which plays out in sports team identification and our understanding of connection to various phenomena ranging from favorite stories such as 'Harry Potter to nationalism.

Football is more than just attending games or keeping up with the fixtures; it is about connection.

On match days, fans come together to support their teams, chanting football songs in unison, wearing their team's colors, and bonding with scores of strangers over their shared love of their team. For tournaments such as the world cup, this connection gets extended to nationalism.

Indeed, being in a collective experience with others who share a common passion is one of the greatest joys people can experience socially, whether it is attending the theater, a music concert, or a major sporting event.

However, what makes fans so passionate, whether negatively or positively? The reactions we see from football fans are honest, moving, and sometimes destructive. The emotional states of fans are less attributed to the sport of football and are more concerned with the psychology of self and the societal influences on fans' ideologies.

Fandom is a fascinating phenomenon. However, football fans have been known to take things to the next level. For example, Over the years in the UK, football hooliganism has frequently demonstrated the darker side of fandom.

The movie Football Factory depicts this very realistically. Teams such as Bermondsey have a fan subculture rooted in hooliganism which can often leak out into forms of prejudice. For example, when their team loses, fans sometimes use that as justification to engage in violent, racist, homophobic, and misogynistic attacks against fans of rival teams and even the general public. From around the 1960s, the UK garnered a worldwide reputation for football hooliganism; the phenomenon was often referred to as the 'English Disease'.

However, since the 1980s and the 90s, the UK government has implemented a widescale crackdown on football-related violence. As a result, while football hooliganism has been a growing concern in various other European countries in more recent years, British football fans now have a far more positive reputation abroad.

Moreover, although reports of British football hooliganism still emerge from time to time, the occurrences now tend to take place at pre-arranged locations rather than at the matches themselves.

According to Daniel Wann, professor at Murray State University, "Sports fandom has little to do with the outcome [of a game]," For example, if a restaurant continually got your order wrong, you would likely order from another.

However, fans can accept losing and still be loyal to their chosen team because being a fan is centered around people's identities. Being part of a fan community can also help people cope with losses. For example, a 2019 study revealed that watching a football game with other fans can help to mitigate the adverse psychological effects of losing.

"For fans of the losing team, sharing the pain may have protected them from losing self-esteem," Silvia Knobloch-Westerwick, co-author of the study and professor of communication at The Ohio State University, said in a release."There are other things that fandom brings with it above and beyond the ability to bask in the team's successes," Wann says. For example, watching sports can be a way to relieve stress or spend time with family, he says.

In the Routledge Handbook of Sports Fans and Fandom, the rise of digital sports fandom is explored, and the insights are just as fascinating as the more traditional aspects of sports fandom. The advent and growth of the internet exponentially increased the number of opportunities for sports fans to interact with other fans, teams, and athletes.

The global scale of the London Olympics showcased both the power and scope of emergent technologies with athletes and fans from around the world gathering to engage via social media platforms (Humphreys, 2012). Six years later, the 2018 World Cup generated 115 billion impressions (i.e., views on Twitter) during the tournament (Bavishi & Filadelfo, 2018). Today, coaches, athletes, fans, sports organizations, and journalists alike all maintain accounts on various digital platforms and interact with one another (Browning & Sanderson, 2012; Sanderson & Kassing, 2011).

As each new sporting event unfolds, digital platforms consistently generate new record-breaking traffic fueled by the persistent growth of the user base. While the total number of all social media users in 2010 was just under one billion, that number grew to over 3.6 billion by 2020 (Tankovska, 2021). The sports industry reflects this general mass popularity of digital platforms; over 60 percent of sports fans follow sports accounts on social media (Ivana, 2020). Excerpt from The Routledge Handbook of Sports Fans and Fandom. 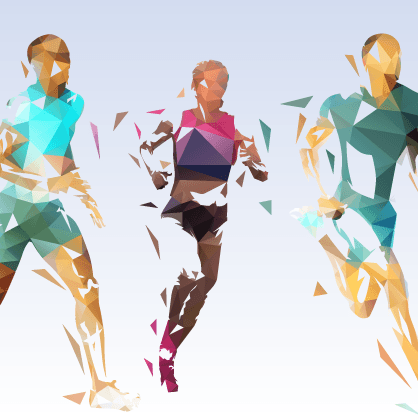 Explore The History of the Commonwealth Games