By Mary Beth Willard, author of Why It's OK to Enjoy the Work of Immoral Artists

I’ve always had a soft spot for Angel, the entertaining if uneven spin-off of Buffy the Vampire Slayer, partially because of the inspired wackiness of its premise (sure, a vampire-run detective agency, let’s go with that!), but also because of the evolution of Charisma Carpenter’s Cordelia Chase. On Buffy, Cordelia starts as an archetypal mean girl, beautiful and devastatingly snarky, providing the occasional sharp edge to offset the rest of the gang’s warmth and friendship. And while that continues on Angel -- Cordelia is always going to be the “nastiest girl in Sunnydale history” -- her character finally gains some depth in the spinoff, developing into a heroine in her own right in season three. Carpenter is a delight to watch, and earned several nominations for best supporting actress and actress.

Cordelia’s arc in the fourth and into the fifth season of Angel, however, never sat quite right with me. Cordelia loses her memory, regains her memory, murders a long-time antagonist, seduces a teenager, becomes pregnant with a supernatural evil being, gives birth, falls into a coma, where she stays for the majority of season five, returning for one episode before it’s revealed she’s died. If an arc can be out of character, this one was.

When I watched it, I assumed that the strangeness of season four was due to Carpenter’s pregnancy. Angel aired not all that long after The X-Files, which invented an entire storyline after it was clear that they couldn’t hide Scully behind examining tables forever. To be honest, I never gave it much thought, and assumed that the arc was meant to benefit Carpenter and her new baby, and that her character was written out at her request.

Last week, we learned how wrong that assumption was. There have been rumors for years that Joss Whedon was an abusive tyrant on the set of Buffy, but Carpenter’s recent allegations paint him as a man who mercilessly mocked a pregnant woman about her weight and her faith and scheduled her for late night work knowing that her doctor had recommended that she rest after she experienced early contractions. Other actors chimed in: Whedon’s horrible.

So what do we make of Whedon’s work?  During the height of the #metoo movement, most takes (hot or otherwise), fell into two camps. Some argued that the artist’s crimes were so horrible that their art must be rejected on moral grounds, regardless of how much we used to like it. Others countered by saying that the art is completely separate from the artist, so we can continue to enjoy their work blamelessly, regardless of what they did. In both cases, the central concern is whether there’s something morally wrong with continuing to enjoy the art of immoral artists.

Yet there’s a third angle that’s often overlooked. The moral wrongdoing of artists sometimes force us to re-evaluate the aesthetic value of their artworks. Put simply:  their bad behavior makes their art worse. It’s not morally wrong to rewatch Buffy. It’s just not as much fun.

Let me explain. Whedon’s success lay in his talent for creating strong female characters. It’s easy to forget now, following a decade of powerful women heroes on the big screen, how unique Buffy was when it aired in 1997. Whedon reimagined the classic blonde cheerleader character who gets killed in the early minutes of the classic horror film; the victim becomes the victor. Here’s a girl who fights vampires with martial arts. Here’s a girl hero who isn’t the only developed female character in the series. (Buffy is no Smurfette!)  And Whedon kept building his brand of pop feminism through Angel, into Firefly and Dollhouse. His female characters always were fully-drawn and multi-faceted.  Whedon won an award from Equity Now in 2006 for his feminism, and concluded his acceptance address in the following way:
“So, why do you write these strong female characters? Because you’re still asking me that question.”

Whedon seemed like an ally. With Carpenter’s revelations, it really looks like he’s a man who was willing to take credit for being a feminist while being abusive to the women he employed.

When I think about his behavior toward actual women, I start to notice features of the shows that were always present, but less salient. Dollhouse’s central premise was an agency where patrons could rent and program their own tiny pretty girls (and boys, too, but: mostly girls) and the lead heroine Echo is an empty shell who becomes whatever the buyer wants, and unsurprisingly, the buyer usually wants her in a sexy outfit.

But Dollhouse always seemed a little creepy, even in 2009. Let’s look at some others. Firefly’s heroine, River, yet another tiny girl, has been brainwashed into becoming a deadly weapon. Inara is a courtesan, but we’re meant to believe a particularly empowered (and licensed) one. Dr. Horrible’s Sing-along Blog kills the only female character as part of the villain’s narrative arc. Cordelia’s pregnancy literally results in a monster that destroys the world. (Subtle.)

Whedon’s stories worked in part because we could believe that Whedon was inverting film tropes. It’s not just that Whedon acted with “casual cruelty”; many in Hollywood have done far worse. It’s that knowledge of his abuse shaped my aesthetic understanding of his work. It highlights elements of Whedon’s shows that I previously had brushed off. Ironically, Whedon’s now being criticized by the generation of feminists whom he helped to nurture. He shouldn’t be surprised at the backlash. After all, as Buffy says, “the thing about changing the world, once you do it, the world’s all different.”

Why It's OK to Enjoy the Work of Immoral Artists 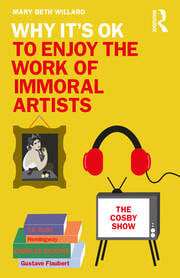 The #metoo movement has forced many fans to consider what they should do when they learn that a beloved artist has acted immorally. One natural thought is that fans ought to give up the artworks of immoral artists. In Why It’s OK to Enjoy the Work of Immoral Artists, Mary Beth Willard argues for a more nuanced view. Enjoying art is part of a well-lived life, so we need good reasons to give it up. 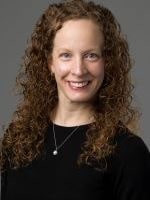 Mary Beth Willard is Associate Professor of Philosophy at Weber State University in Ogden, Utah. She received her Ph.D. from Yale University and writes primarily on topics in aesthetics, blogging at aestheticsforbirds.com.  She is the author of the forthcoming Routledge book, Why It's OK to Enjoy the Work of Immoral Artists, publishing March 2021.