Simply stated, democracy is a form of government in which the common people hold the power. The term "democracy" actually comes from the Greek word "dēmokratia" — "dēmos" meaning "the people" and "kratos" meaning "rule." Accordingly, persons living in a democracy may rule directly or through elected representatives.

Since its first known origins in the fifth century B.C.E., countries worldwide have employed and altered the concept of democracy. And as our societies evolve and humanity's needs change, true democracy is repeatedly challenged, forcing many to continue fighting for a fair system.

One of the most historically significant allies in the battle for democracy is the Secret Ballot.

What is the Secret Ballot?

The Secret Ballot is a voting method in which the voter's identity remains anonymous to allow political privacy. The goal of a secret ballot is to protect voters from outside attempts of bribery, blackmail, scare tactics, and other means of unfair voter influencing.

The most basic approach to a secret ballot utilizes blank pieces of paper on which voters privately write the name of their chosen candidate. The sheet is then folded in half and placed in a sealed ballot box. This way, when officials empty the container for counting, they cannot determine who voted for whom.

Private voting booths are a valuable tool as well, enabling electors to cast their votes without the fear of others seeing which candidate's name is written on their ballot.

Today, voting in a democracy may look a myriad of ways. While some still use paper methods, such as printed ballots with empty check boxes next to each candidate's name, others vote using machines, by mail, or even online.

Before governments adopted the secret ballot, keeping your vote a secret was virtually impossible. In many countries, voting was conducted in front of hundreds of spectators, allowing for no privacy as people submitted their votes. For example, in previous British elections, voters stood on platforms called hustings and stated their vote aloud to an officer who then recorded it (Cook & Stevenson, 2014, p. 406). Open ballots were also in use during this time.

This resulted in British elections becoming lively, theatrical affairs. Before polling days, large crowds would gather, rallying for their favorite candidates and political stances. These events often served as a sort of competition between parties where voters could put on carnivalesque demonstrations and give speeches in an attempt to persuade undecided voters.

"As Jon Lawrence argues, nineteenth-century electoral politics were as much about entertainment as they were about policy. Elections had a festive and ritualistic quality, which dated back to the late seventeenth century. They were opportunities for an elaborate party, which celebrated the values of the community even though, for much of the nineteenth century, most of the community could not vote (Lawrence, 2009, as cited in Hewitt, 2012).” 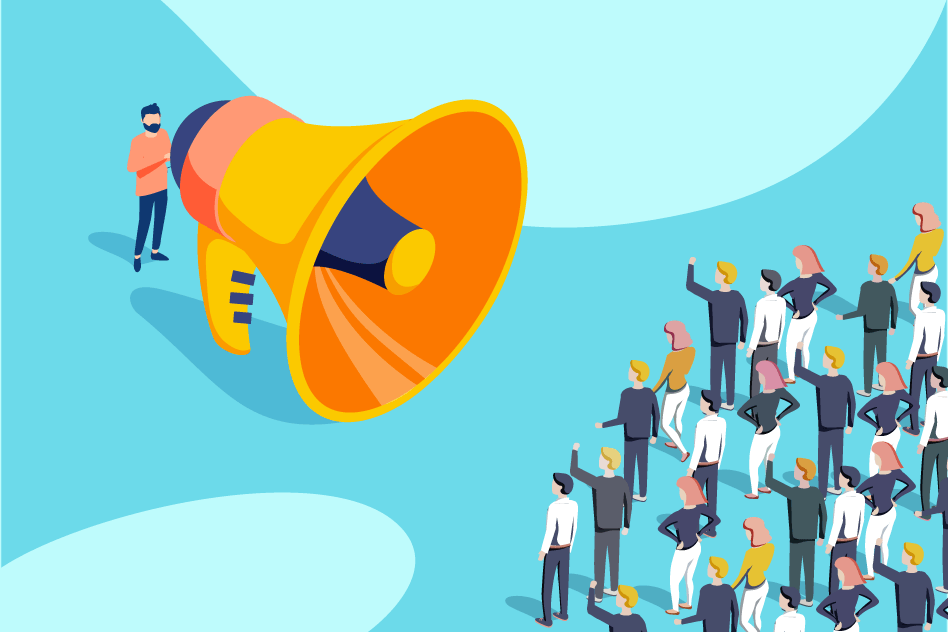 Some more extreme candidates and supporters would compile notes from these events and collect records from previous elections and target opposing voters with bribery, intimidation, and violence. Because this information was so freely available, those in positions of power, like landlords and business owners, could threaten their tenants and employees with eviction or expulsion if they did not support the same candidates.

The gatherings often became so rowdy that physical fights would break out and people became injured frequently. In fact, the chaos of election time would provoke such violence that it was not uncommon for people to be brutalized or killed as a result. Reports of politically charged murders in the 1800s document fatal attacks on opposing voters, nonvoters, strangers on the street, and even family members.

While the voting population at the time was extremely limited, consisting primarily of white male landowners, communities without a right to vote would use the public nature of voting to their benefit.

"Electors had to be careful who they were seen to vote for. During the 1852 election, a Cheapside grocer, for example, recorded the political preferences of his female customers and announced he would vote for whoever was the most popular, an example of the way women could indirectly affect the choice of candidate even without the vote (Gleadle, 2009, as cited in Hewitt, 2012).”

Naturally, many of the U.K.'s practices were passed to the Thirteen Colonies, and as a result, a diverse spectrum of voting methods was used in America. However, after the American Revolution, voting was mainly conducted by voice or ticket. And similarly to the U.K., polling was explicitly designed to reveal the voters' selections. Toward the mid-1800s, American officials opted for ballot voting, meaning parties would issue printed tickets that listed candidate names. Despite the use of ballot boxes, voters could easily be identified based on the color and appearance of their ticket.

In contrast, the French government had been using fairly discrete methods of voting since the 1700s. French elections were conducted by voice in private spaces and excluded nonvoters. However, after the French Revolution in 1789, written ballots were instituted. The ballots were plain slips of paper on which voters wrote their preferred candidate's name. But just like in the U.K. and America, it inevitably amounted to an open ballot.

After many years of cultural and political oppression, many Europeans began to revolt, and as a result of the Revolutions of 1848, voting rights began to change.

When Did the Secret Ballot Grow in Popularity?

Before the secret ballot reached America and Europe, Australians first employed the concept in 1856. Like many other countries, Australia's elections often incited dangerous riots and provoked untamed rage from the country’s citizens. As a result, Australian officials took notes from British radicals and suggested a secret voting method. Instead of an open ballot, government officials provided tickets inked with a list of candidate names that voters could select from. This change gained attention and quickly proved successful in many areas of the country. 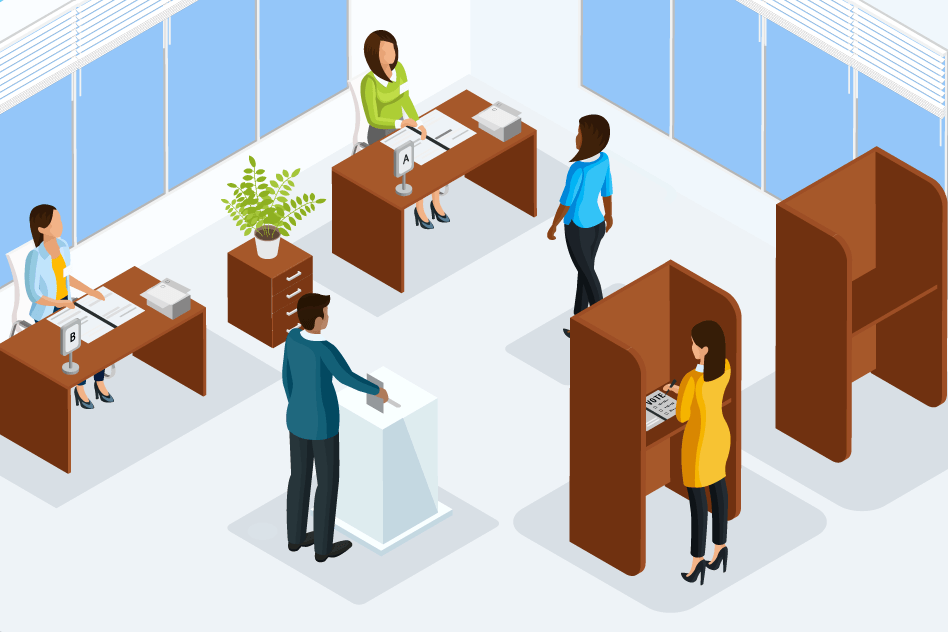 Meanwhile, in the U.K., political radicals were fighting for a change in voting rights and election processes. Though most radicals supported the secret ballot, many voters were opposed and believed it to be fundamentally wrong. Many who disagreed with the secret ballot were of the opinion that bribery and blackmail were acceptable. Both major political parties, the Tories and the Whigs, declined the implementation of the secret ballot for years, despite the multiple attempts at putting it to vote.

Open ballots persisted until an especially hectic election in 1868, after which the U.K. government agreed that secret balloting and political privacy were the only way to end all the violence. However, laws were not officially changed until “The Ballot Act of 1872 introduced secret voting, doing away with the open polling which had been such a prominent feature of the conduct of elections hitherto (Cook & Stevenson, 2014, p. 65)." Secret voting proved successful, and by the end of the century, it extended across the nation.

In the United States, however, the fight for secret voting did not become a major cause until the late 1880s. Despite the delay in initiation, Americans, who referred to the secret ballot as the “Australian Ballot,” implemented the change quite swiftly. Starting in a small local election in 1888, the secret ballot became the standard for nearly all elections by 1892.

In France, the secret ballot, which they coined the “Belgian ballot,” did not come to fruition until 1913. Because French elections were relatively calm affairs, the government did not rush to change the system. In fact, it wasn’t until France became one of the only countries remaining to not use the secret ballot that the government adopted secret voting methods.

The fate of democracy has always relied on the balance of power between those who rule and those who are ruled. And, while the secret ballot has not wholly eliminated election-related violence or rid every country of unfair voting laws, it has allowed many people to vote for leaders they want to see in power without suffering unjust consequences.

However, because no two nations function exactly alike, democracy looks different everywhere you go and people have many contrasting ideas on what a democratic system can and should be.

The U.K., for example, is considered one of the leading democracies in the world, however, many citizens argue that they have no say in how the government functions at all. Others, of course, support the actions of their government and trust that those in power function to fulfill the general public’s best interests.

Americans' opinions on the state of their democracy also greatly differ from person to person. In the aftermath of several tumultuous election cycles and alarming global emergencies, both Republicans and Democrats have demonstrated extreme distrust in their country's government and many are convinced American democracy is certain to fade.

In order to protect the rights of our populations and maintain sufficient democracies, citizens must be guaranteed the opportunity to vote without unfair obstruction. 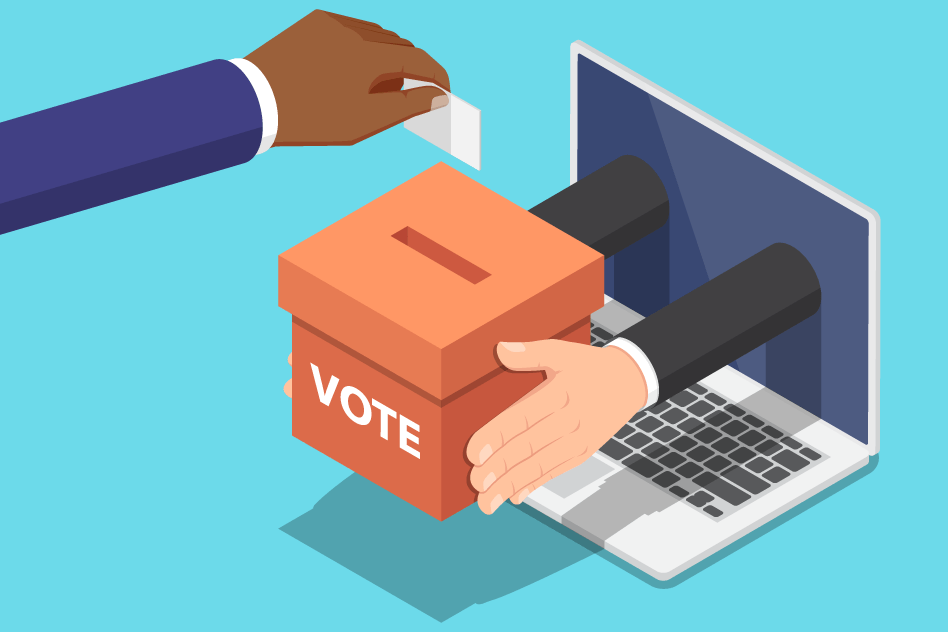 Since the implementation of the secret ballot many years ago, there have been numerous developments in voting laws and methods. The secret ballot has developed in ways that make voting more efficient and accessible in countries all over the world. Tools like voting machines and the internet have quickly made their mark on the history of voting, and with a constant stream of new technology and cyber security efforts, the number of private voting methods will likely continue expanding.

While only time will tell, many political officials are hopeful that the strain on our democratic systems will ease with the help of technological advances and the continuing fight for a fair government.

For more information on the global impacts of the secret ballot, Routledge.com offers a variety of related titles.