Written by Amanda Clark, Professor and Dance Program Coordinator at Western Kentucky University, and Sara Pecina, Director of Dance at Berry College. They are the authors of Dance Appreciation.

Though dance has thoroughly established itself as a discipline in the higher education system, a large majority of existing programs focus on ballet and modern dance, which were born out of Eurocentric ideas and colonialism. Forms of dance that developed in the African American culture – including tap, jazz, and hip-hop – are much more difficult to find access to for students interested in studying dance at the university level in the United States. This inequity of access to different dance forms leads to a lack of understanding, limited training opportunities, and disproportionate representation of artists and educators in these forms.

Development of Dance in Higher Education

Dance began entering the higher education system in the early twentieth century with a focus on creative movement for children that stemmed out of an increased interest and implementation of physical education curricula in public and private schools. The first specialized major in dance was formed in 1926 and still emphasized physical education rather than the nuances of dance artistry. In the course of the last century, dance in higher education transitioned to being under the fine arts umbrella with the mission of training dance professionals to perform, research, and teach dance as an art.

As the view of dance in higher education shifted to artistic and professional training, ballet and modern dance were made the central and often only dance forms included in various dance programs. This stemmed from the Eurocentric ideals that prevail in United States institutions. Historically, ballet and modern dance have been viewed as “highbrow” art forms and respected as culturally important and rigorously demanding forms of dance. On the other hand, tap, jazz, and hip-hop dance, which developed in part as a result of the barbaric practices of slave trade and perpetual institutionalized racism, were and sadly often still are viewed as “lowbrow” forms of art and through a lens of lesser than in comparison to the other forms. Ballet and modern dance absolutely are significant art forms and should be recognized as such, and each include important contributions and voices of African American artists. However, universities need to acknowledge the one-sidedness of their programs and should not emphasize ballet and modern to the extent that it is at the expense of other forms of dance.

Tap, jazz, and hip-hop do exist in some dance programs, and there are institutions that put equal focus on these forms as others, such as Oklahoma City University and Western Kentucky University. Yet, the options for dance students who want to train seriously in these forms are limited. Incoming college students have fewer schools to choose from at which they could receive specialized professional training in tap, jazz, or hip-hop. Many, though not all, of the schools that do offer tap, jazz, or hip-hop only offer them as elective credits to dance majors or do not count these classes towards a degree at all, which means students hoping to attend school have to be trained in ballet or modern and will have very limited time in their curricula to devote to tap, jazz, or hip-hop. Numerous schools also only offer one level of technique in these genres while offering four or five levels of ballet and modern and hire only part time or visiting employees to positions designed for these areas. Additionally, there are currently no graduate level programs that allow students to devote their advanced study solely to these forms. Most dance theory textbooks on topics such as dance history and dance pedagogy only talk about ballet and modern dance, or if they include other forms, these are only one-to-two-page sections. Consequently, the university system can be a difficult avenue for artists or educators to navigate in pursuit of careers in tap, jazz, and hip-hop.

It is irresponsible to not acknowledge the deeply racial histories of tap, jazz, and hip-hop dance. The presence of racial polarization throughout their histories is undeniable. The movements embodied in these forms reflect incredibly rich and diverse influences from West African, Caribbean, and South American cultures that cross pollinated with movement from European cultures, such as the Irish jig. Tap, jazz, and hip-hop dance are uniquely American art forms that developed out of the circumstances that took place on United States soil and reflect American ideals. The African slave trade directly impacted the development of these forms. The minstrel shows of the late nineteenth and early twentieth centuries contributed to the evolution of tap and jazz dance, but horribly appropriated African American culture with the use of blackface (burnt cork applied to the skin to appear dark skinned) and demoralizing characterization of the African race. Likewise, hip-hop culture was formed in the socioeconomically depressed neighborhoods in the Bronx during the 1970s and 80s. Many more racial injustices are a part of these forms’ histories and directly influenced their developments. Unfortunately, one of the ways we see this racial injustice perpetuated is the lack of value many university dance programs place on these forms in the offerings of their curricula and theoretical discussions.

For any artists or educators continuing the heritage and ideals of tap, jazz, and hip-hop dance, it is imperative to understand the racially troubled past of these forms and maintain the beauty that was born out of hardship. Furthermore, these dance forms offer another lens through which the general public can gain a deeper understanding of the history of racial inequality in the United States.

Beyond the importance of the education of these American art forms, training in tap, jazz, and hip-hop benefits any type of dancer. Professional dancers are continuously expected to be more versatile performers, and we constantly see new collaborations between artists with different backgrounds. For instance, in 2018 tap master Michelle Dorrance was commissioned to create three works for the American Ballet Theatre. Moreover, there are movement practices and musical training unique in these forms that can enhance a dancer’s abilities in other forms of dance, such as intricate musical and rhythm training of tap dance for ballet and modern dancers.

Identifying inequalities and flaws in higher education only accomplishes so much. Leaders in the field must also find ways to rectify these problems and intentionally work towards solutions. Such racially inequities so deeply entrenched in society do not have any easy fixes, but there are steps to be taken to move toward more balanced accessibility. With recent social movements, for instance the Black Lives Matter movement, many higher education institutions are finding ways to decolonize curricula and enhance equity on campus.

There are many ways for universities to take steps to creating equal opportunities for students to learn about and experience these historically African American art forms and support faculty research in these areas. Progress can and should be made by institutions by offering technique courses in tap, jazz, hip-hop, and/or other diverse genres of dance at multiple levels, allowing these credits to count towards a dance degree, hiring full-time and tenure-track specialists and supporting faculty research and creative activity in these forms, including African American and other diverse artists, work, and scholarship within specific coursework (such as dance history), and providing equitable credit requirements across genres. While there is so much room for improvement in accessibility to diverse dance training, progress has historically been very slow, which is a disservice to students pursuing dance. Effort and cooperation from all levels of administration to faculty to students could lead to many more university dance programs that adequately represent dance as an American art form and the value of diversity. 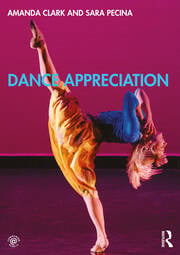 Dance Appreciation is an exciting exploration of how to understand and think about dance in all of its various contexts. This book unfolds a brief history of dance with engaging insight into the social, cultural, aesthetic, and kinetic aspects of various forms of dance. 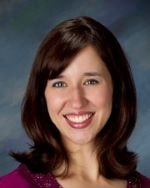 Amanda Clark is a Professor and Dance Program Coordinator at Western Kentucky University, where she teaches all levels of jazz and tap dance technique, along with dance theory coursework. She received an MFA in Dance from the University of Oklahoma and a BPA in Dance Performance from Oklahoma City University. 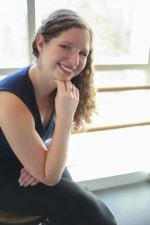 Sara Pecina is the Director of Dance at Berry College in Rome, Georgia. She received her MFA in Dance from the University of Oklahoma and graduated with a BA in Dance from Western Kentucky University. Her academic research focuses on jazz and tap dance history and pedagogy and the oppression of historically African American art forms.