Keith Johnson, author of The History of Late Modern Englishes, delves into the development of 'Englishes', and examines how technological innovation has impacted the English language.

‘May it be your good fortune to live in interesting times’, runs an old Chinese proverb. As far as the history of the English language is concerned, our fortune today is indeed good: there is a lot happening. The use of English as an international lingua franca has spread fast throughout the world, giving us fascinating new varieties of the language to observe. Indeed, there are now so many different versions of the language in existence, that we must talk of ‘Englishes’ rather than ‘English’.

Another major factor that has made the times interesting is the huge number of scientific and technological developments that have taken place in the last century. These have dramatically expanded the language’s vocabulary. Computers and the internet show this particularly clearly. New expressions have sprung up in profusion. There are proper technical terms like hyperlink, hacking, download, less formal words like spam, email, junk, and abbreviations like lol and IMHO. OMG, there really are a lot of them.

Linguists (like Crystal, 2006, and McCulloch, 2019) have wasted no time in studying ‘Netspeak’ – the language used in internet communication. A particularly interesting development is the growth of the language of ‘speech in writing’. In emails, in blogs, on Facebook and on Twitter, people are often writing things that they would in other contexts, speak, and they want their messages to read as if spoken. They seek ways to inject feeling into their written words. One way is to use emoticons, carrying sentiments that, if the person were speaking, would be expressed by intonation, or by smiles, sighs, gestures. Something that helps communication in writing, but is not available in speech, is punctuation, and this leads some to leave it out in their Netspeak messages: it makes them appear more like speech than writing. In the sentence See U 2morrow jenny I hope, there is, alongside the spelling oddities (U and 2morrow), a lack of punctuation. Then there’s the strategy of repeating a letter:  Oh no please noooooooooo, someone might write. Here, the vowel is repeated to simulate how one might extend it in speech for emphasis. Interestingly, the letter repeated is sometimes one which cannot in fact be extended in sound, as in: ggggggggggo away will you – in speech you cannot really extend a /g/ sound. Then there’s I’m gonna hafta go now, where writing is mimicking pronunciation in the spelling of gonna and hafta.

One of the extraordinary aspects of linguistic innovations is how rapidly they now spread round the world, often mutating as they go. Take for example what linguists call the ‘quotative be like’ (described by, among others, Tagliamonte and Hudson, 1999). This occurs in sentences such as And I’m like wow, where a part of the verb be is followed by like and means ‘said’. It seems to have started off in the late twentieth century with, some claim, Californian women. In the early days it was used to report inner thoughts rather than actual words. The speaker who says: And I saw her coming, and I'm like ‘aargh’ is probably reporting what they thought rather than said. Because it is more usual to report your own thoughts than those of others, in this early use it was more common with the first person (I), than with other persons (he or she for example). Then men as well as women joined in, for speech as well as thoughts. Until the early 1990s, the quotative was entirely confined to the US. But now it has truly gone global.

How are innovations like the ones we have mentioned being received? There are many people who abhor the quotative be like, and lol, and the spelling 2morrow, and the absence of punctuation. But there are fans too. One reaction to Netspeak’s lack of punctuation is expressed by the blogger who writes: when did tumblr collectively decide not to use punctuation like when did this happen why is this a thing . . . it just looks so smooth I mean look at this sentence flow like a jungle river. Without punctuation, sentences can flow like a jungle river; something that James Joyce and E.E. Cummings understood.

‘History’, Francis Bacon tells us, ‘makes us wise’. Certainly, an advantage of looking at the present from a historical perspective is that you can identify similar phenomena, and reactions to them, repeated across time. In this case, history reveals that people’s responses to linguistic change and novelty are often initially negative. Another ‘interesting time’ for English was the Renaissance when, like today, explorations, inventions and discoveries were creating a need for new words to describe the new-found worlds. The result was an influx of foreign words into English, and the excess of foreign borrowings made many people squirm. The sixteenth-century writer George Puttenham, for example, talks about the new words creating a mingle-mangle (a ‘hodgepodge’) out of the language. Then, in the eighteenth century, Jonathan Swift, who was one of those who wanted to set up a British Academy to keep a watchful eye on the English language, expressed a strong aversion to abbreviated words of all types. Among his dislikes were pozz for ‘positive’, rep for ‘reputation’, and mobb. This last is associated with the Latin phrase mobile vulgus, meaning ‘fickle crowd’. The phrase was shortened to mobile, and that in turn became mobb or, as we spell it today, mob.  Then there was the poet John Armstrong who managed to get upset about the word subject-matter. In 1758 he writes: ‘in the name of everything that’s disgusting and detestable, what is it? Is it one or two ugly words? What’s the meaning of it? Confound me if I ever could guess’.

Not just individual expressions, but newly-emerging language varieties in their entirety are often initially greeted with distaste. It was common in the nineteenth century (and indeed into the twentieth) for Brits to turn their noses up at American English. Thus in 1866, Henry Alford – an English churchman – talks about ‘the process of deterioration which our Queen’s English has undergone at the hands of the Americans’. In his book, entitled A Plea for the Queen’s English, he includes a section on ‘American Debasements’. It was the same with Australian English. Thus one William Churchill, a member of the American Philological Society, who visited Australia in 1911, described Australian English as ‘the most brutal maltreatment that has ever been inflicted on the mother-tongue of the great English-speaking nations’.

Negative reactions are often temporary, and it may be that in the future forms like the quotative be like will become accepted into the standard language. There is much else about the future that is unclear, and the linguistic elephant in the room of many language historians is the overall status of English. Will it continue to be ‘the’ world language (if such it be)? It certainly has a good head start, so much so that many regard its position as unassailable. But there are competitors like Chinese and Spanish catching up fast. And the language historian will also remind you that Russian was very much the lingua franca of a large region of the world – until the fall of the Soviet Union in 1991, when the situation changed drastically. Languages, like stocks and shares, can go down as well as up. Which way will English go?

The History of Late Modern Englishes 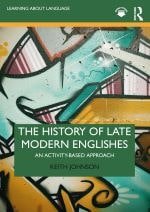 The History of Late Modern Englishes provides an accessible and student-friendly introduction to the history of the English language from the beginning of the eighteenth century up until the present day. Taking an activity-based approach, this text ensures that students learn by engaging with the fascinating evolution of this language rather than by simply reading about it. 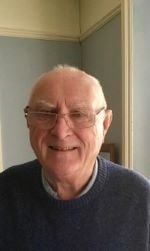 Keith Johnson is Emeritus Professor of Linguistics and Language Education at Lancaster University. His books include An Introduction to Foreign Language Learning and Teaching, Shakespeare’s English, Shakespeare’s Language and The History of Early English (the companion volume to The History of Late Modern Englishes). All are published by Routledge. His website is www.keithjohnsonhome.com.