Nine of the twenty-one, including all three presidents and the cabinet secretary (more about all of them below), were impeached by the House, tried by the Senate, and acquitted. In several cases, evidence of guilt was clear, but often partisan politics led members of the Senate to overlook it. Finally, four impeachment processes, including the senator’s, simply went off the rails and reached no conclusion. Before we look at several of the most famous U.S. impeachments, ask yourself whether netting eight federal judges over 230 years, one of whom was later elected to Congress, while all the big fish got away suggests a working process – or more likely one that is broken.

The Beginnings of America’s Impeachment Process

Congress’s first attempt at impeachment derailed almost immediately. On July 7, 1797, the House impeached William Blount, U.S. senator from Tennessee, for conspiring to aid England in taking Spanish territory in Florida and Louisiana. The next day, July 8, the Senate, without waiting to try Blount on the House impeachment charges, simply expelled him from the Senate by a vote of 25 to 1. Blount returned to Tennessee. When Congress opened its new session in January 1798, the House filed five revised impeachment charges against him. When the Senate finally organized as a trial court in December, Blount refused to appear. His lawyers argued that as a senator he had not been a civil officer and as a former senator he was no longer subject to the Senate’s impeachment jurisdiction. Somewhat ambiguously, the Senate adopted the following resolution on January 11, 1799; “The court is of opinion that the matter alleged in the plea of the defendant is sufficient in law to show that this court ought not to hold jurisdiction of the said impeachment, and that the said impeachment is dismissed.” So did they mean that senators were not “civil officers” or that former senators were not subject to impeachment. It is not clear. What does seem clear is that the process befuddled them.

Before looking at wayward presidents, we should review the impeachment of the Grant administration’s Secretary of War, William W, Belknap, if only because this precedent was much discussed during the second Trump impeachment. Belknap was a decorated union general during the Civil War. He fought at Shiloh, Vicksburg, the battle of Atlanta, and played a major role in Sherman’s march to the sea. Belknap’s lavish lifestyle during his long tenure as Secretary of War drew attention and then scrutiny. By 1876, a congressional investigation had uncovered a trail of corruption, bribery, and self-dealing stretching back to his early days in office. Belknap had accepted payments from cronies that he had put in charge of lucrative war department contracts. As the House moved to vote on five impeachment articles, Secretary Belknap famously raced to the White House, handed Grant his letter of resignation, and collapsed in tears. Undeterred by the resignation, which obviously made Belknap a former official, the House unanimously adopted the impeachment articles.

The Senate convened for the impeachment trial in April, 1876. After extended debate about whether the Senate had jurisdiction to try a former official, similar to the Blount case, the Senate voted 37 to 29 that it did. The Senate heard from several dozen witnesses in May and on August 1 a majority of senators, 35 to 25, but not the required two-thirds, voted guilty. Though widely understood to have been corrupt in office, Belknap was acquitted. Twenty-three of the no votes believed that the Senate lacked jurisdiction to try a former official. He remained in Washington, practicing law until his death in 1890.

Three presidents, Andrew Johnson (1865-1869), William J. Clinton (1993-2001), and Donald Trump (2017-2021), have been impeached by the House, though none were convicted after trial in the Senate. President Richard Nixon (1969-1974) would very likely have been impeached, convicted, and removed from office over his role in the Watergate scandal, but he resigned before the House could vote impeachment charges and he subsequently was pardoned by his successor, Gerald Ford.

Andrew Johnson, a unionist Democrat senator from Tennessee, was selected by Republican President Abraham Lincoln to fill out a unity ticket in the closing months of the Civil War. Lincoln’s assassination just six weeks into his second term made Johnson, a Democrat, president and put him in charge of the complex and delicate task of Reconstruction. Johnson and the Republican majorities in Congress were soon at odds over pardons for Confederate leaders, terms for the readmission of southern states, and the rights of former slaves. To protect Lincoln’s Republican cabinet against replacement, Congress adopted the Tenure of Office Act in 1867, barring Johnson from removing cabinet officers without the approval of the Senate. Knowing that the constitutionality of the Tenure of Office Act was in question, Johnson defiantly removed Secretary of War Edwin Stanton. The House responded by approving eleven articles of impeachment, by 126 to 47, but the Senate failed by one vote, 35 to 19, in reaching the two-thirds required to convict and remove. In a Senate with 42 Republicans and just 12 Democrats, Johnson was saved when seven Republicans, some sharing doubts about the constitutionality of the Tenure of Office Act, joined all the Democrats to vote against conviction.

Bill Clinton entered the White House in 1993 with several potential scandals, including Whitewater, draft dodging, marijuana use, and sexual indiscretions, swirling around him. Independent counsel Ken Starr was appointed by the Justice Department to investigate Whitewater charges of a corrupt Arkansas land deal. Finding nothing, Starr shifted his focus to sexual misbehavior when an Arkansas woman named Paula Jones lodged sexual harassment charges against Clinton. Jones’ lawyer uncovered rumors of a contemporaneous affair between Clinton and a 21-year-old White House intern named Monica Lewinsky. Starr switched his attention to the Lewinsky case even though, falsely, both Clinton and Lewinsky denied the charges under oath. In late 1998 the Republican majority in the House impeached Clinton on two charges, perjury and obstruction of justice, but after a five-week Senate trial, he was acquitted with just 45 senators voting guilty on the perjury charge and 50 voting guilty on obstruction. No Democrat voted to convict on either count. Ten Republicans voted no on the perjury change and five on the obstruction charge.

Donald J. Trump, though he served only a single four-year term, is the only president to be impeached twice. He was acquitted both times. Majority House Democrats launched an impeachment inquiry in September 2019 after a leaked whistleblower complaint provided evidence that Trump pressured Ukrainian President Volodymyr Zelensky to investigate the political and business activities of Joe Biden and his son, Hunter Biden, in Ukraine. Evidence also suggested that the Trump administration held up U.S. military aid to Ukraine as leverage to force the investigation of the Bidens. After a three-month inquiry, the House impeached Trump for abuse of power and obstruction of Congress. No Republican voted in favor of either article, while all but three Democrats voted for both. On February 5, 2020, the Senate acquitted Trump 53 to 47, on a straight party-line vote, on the obstruction charge and 52 to 48 on the abuse of power charge. Mitt Romney (R-Utah) was the only senator to break party ranks.

Less than a year later, on January 13, 2021, just seven days before Trump was to leave office, he was again impeached by the majority House Democrats on the single charge of incitement of insurrection for his role in the January 6 storming of the U.S. Capitol by a pro-Trump mob outraged over his defeat in the 2020 election. Neither party wanted a long Senate trial. Democrats did not want to delay the new Biden administration’s agenda and Republicans were reluctant to provide a full-throated defense of Trump’s behavior. Before the Senate trial commenced, Joe Biden had been sworn in and Trump had decamped to Mir-a-Lago. Republicans avidly seized on the fact that Trump was no longer president to claim that impeachment was designed to remove officeholders and could not be used against former officials. The issue of whether impeachment reached former officials had, of course, arisen before. In the cases of Senator Blount and Secretary Belknap, the Senate had proceeded to trial but the arguments over jurisdiction had provided easy rationales for dismissal or acquittal. Most Republicans in Trump’s second impeachment trial adopted this view immediately. Most, but not all. Seven Senate Republicans joined all 50 Democrats in voting guilty on the incitement charge. The 57 to 43 vote fell ten votes short of the 67 needed to convict, but was still the largest number of a president’s partisans to vote to convict in U.S.history. 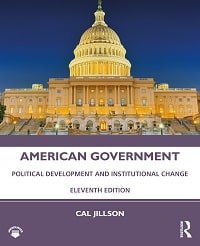