Concern for the fast-disappearing language stocks of the world has risen in the past decade. Here we’ll look at just a fraction of the world's 6000-plus distinct tongues, which are in danger of disappearing within the next few decades, exploring why we are at risk of losing them (Encyclopedia of the World's Endangered Languages).

A global connection: help or hinderance?

Why has this risen to such prominence in the last decade? Why are we now more aware of endangered languages, and are we doing anything to try and preserve our ‘dying’ dialects?

In a period of heightened connection, with easy travel, internet and modern technology - allowing us to track, record and share the sounds and cultures of the languages we are losing – could it simply be that we are more aware than we have ever been?
Or more likely it’s these very same influences that are endangering them. Globalisation is clearly increasing our impact on endangered languages. By being progressively interconnected we have more universal cultures, with lifestyles, fashions and trends adopted across the world, but in so doing, we are losing linguistic range: 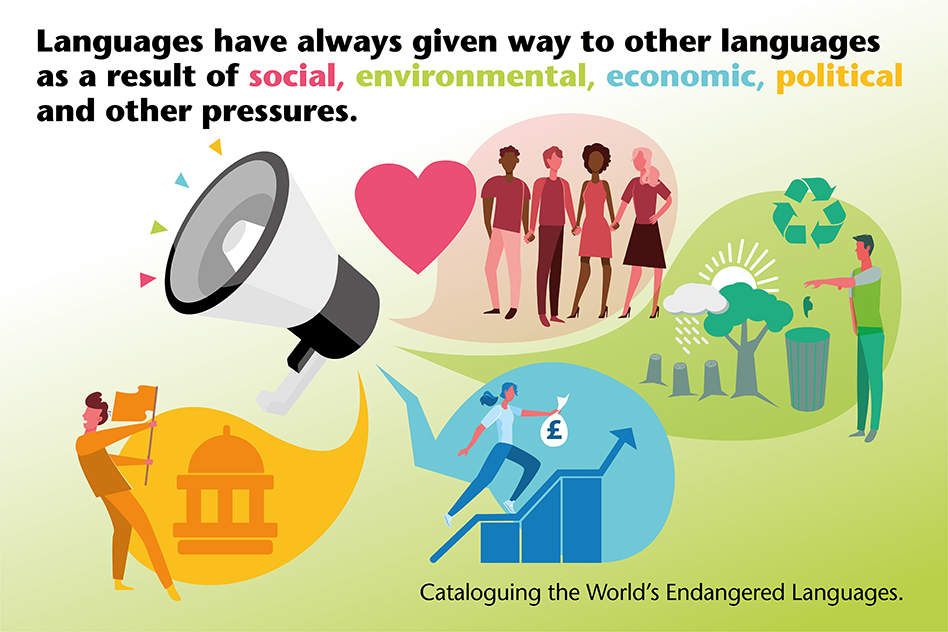 “Languages have come into existence, been transmitted for a time, and disappeared since humans have been talking” state authors Lyle Campbell and Anna Belew in Cataloguing the World’s Endangered Languages.

Take Chaucer – studying ‘The Canterbury Tales’ in English lessons for most first-time students feels a bit like taking a foreign language lesson, requiring translations and social context to gain a good understanding! German writer Rudi Keller proposes in his book On Language Change, that "twenty generations separate us from Chaucer. If we could board a time machine and visit him in the year 1390, we would have great difficulties in making ourselves understood —even roughly.”

When a specific language changes then, do we always consider its former tongue a ‘lost language?’ Or is it ‘lost’ only once the language has ceased to be used in its entirety? To understand this, we must consider personal identity and the sense that something is ‘lost’ because it has ‘changed’…

When a language dies, what do we lose? It may be said that with the loss of a language, the connection to a community and its traditions is lost too:

“Language loss is often experienced as a crisis of social identity. A major goal of linguistics is to understand human cognition and human language capacity through the study of what is possible and impossible in human languages. Discovery of previously unknown linguistic features and traits as we document languages contributes to achieving this goal and advances knowledge of how the human mind works. Conversely, language extinction is a horrendous, impeding achievement of this goal” (Cataloguing the World's Endangered Languages).

Although we can’t fight the inevitable change in language, we can try to preserve the knowledge of what came before – and where appropriate, perhaps we can revive those we have lost too.

Languages are now being lost at rates unparalleled in known history. But there is hope:

"Language revitalization movements around the world are growing, and there already exist success stories that demonstrate the possibility of maintaining currently viable languages, of revitalizing endangered languages, and even of reviving formerly dormant languages" say Cataloguing the World's Endangered Languages authors, Campbell and Belew.

Select a country or region on the interactive map below to see examples of specific languages classified as ‘endangered’. With stats, facts and video footage available, get a glimpse into why these tongues are at risk of becoming extinct:

Where to find out more about endangered languages:

The Catalogue of Endangered Languages gives us the following definition:
“A language that is considered to be "Critically Endangered" on the scale of intergenerational transmission has only a few elderly speakers, and no one else speaks the language.” 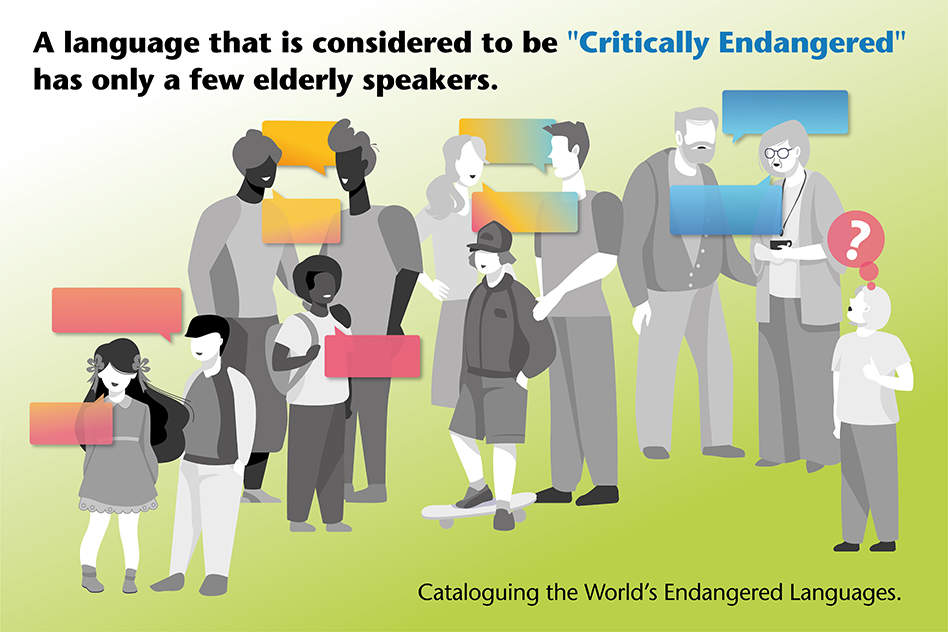 Brilliant research has got us to a point where we can assess the level of endangerment of languages across the world:

o The Foundation for Endangered Languages exists to support, enable and assist the documentation, protection and promotion of endangered languages.

o Why not attend the Conference for Teaching and Learning Resources for Endangered Languages, hosted by UCL (online) this September 2020.

o Cataloguing the World's Endangered Languages has compiled data on the current vitality of 3,394 languages. It provides a complete list of the endangered, dormant, and awakening languages of the world, organized by geographic region, pointing readers to additional resources regarding language endangerment in each region. This book’s associated website is packed with information too.

o With a new edition of the Encyclopedia of the World's Endangered Languages released, you can discover expert analysis of the current language policy situation in every multilingual country and on every continent. Including descriptions of little-known languages from all over the world, and clear alphabetical entries, region by region, of all the world's languages currently thought to be in danger of extinction.

o Understanding Language Change offers a complete introduction to historical linguistics and language change. The book takes a step-by-step approach, first by introducing concepts through English examples and building on this with illustrations from other languages.

o Wikitongues is a global volunteer movement expanding access to language revitalization. They help speakers document and promote their languages online, safeguarding them for the next generation.

To learn more about how we define language endangerment with examples of languages across the world classed as ‘critically endangered,’ visit our companion blog Discover The World's Endangered Languages: 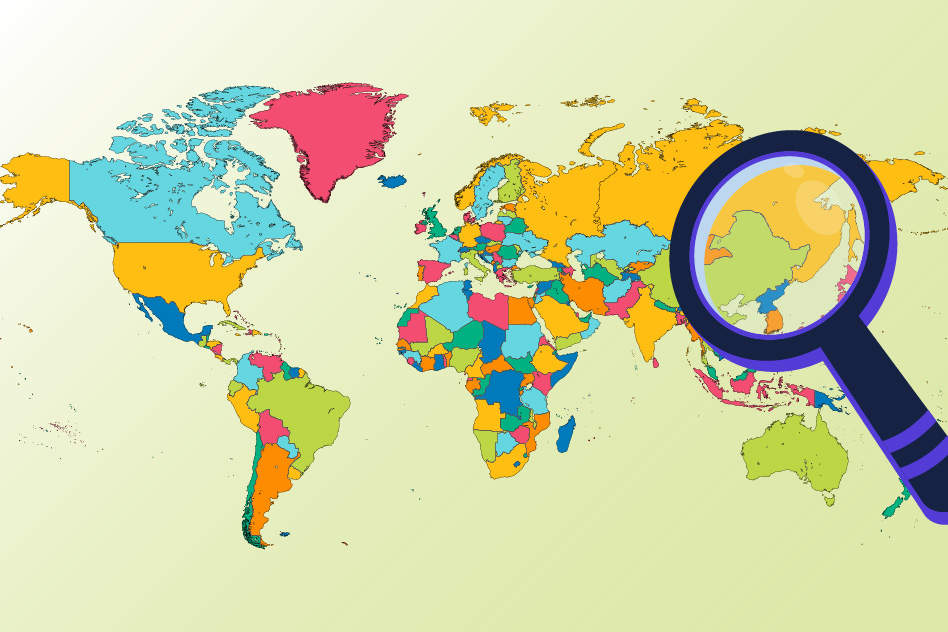 If you are passionate about Language Learning and Linguistics, or understanding the developments of those thriving as well as endangered, why not look at the linguistics category in our Open Access library here, offering free ebooks to read online or download.