Dr Nick Wates reviews his 40 years of producing books which help involve communities in the future of the places in which they live and work. 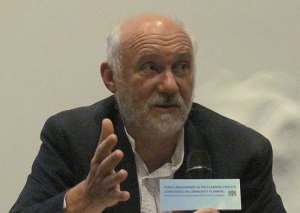 Sharing knowledge at a conference in Hong Kong, 2012

In March 2020 the University of Brighton awarded me a PhD by Publication for five books I produced with collaborators over a period of almost half a century. Four of them are published by Routledge. All are about engaging communities in placemaking and based on extensive practical experience. My thesis, ‘Making Places Better’, explains the context:

‘This document is an argument from an urban activist in the second half of the twentieth century and the first years of the twenty-first. A campaigner for better neighbourhoods, cleaner air, green spaces, connected transport, proper recycling, better housing and, above all, more involvement by local people in decision making about their local environment.…It can now be seen that the author was part of a broader emergent movement practicing urbanism differently.' 1

From exploring archives and online research I discovered the impact of these books:

It is hard to summarise five very different books with a total of 375,384 words and 1,125 illustrations, but here is a taster.

My first book was a record of the controversial development of an appealing and much-loved yet ordinary piece of inner London. 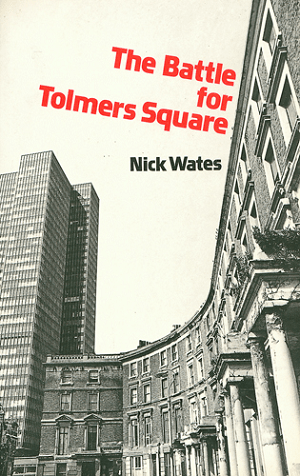 A review of the book when reissued in 2013 concludes:
‘More than 35 years on from the events it describes, The Battle for Tolmers Square is still a gripping read…. Aesthetically, the book is a period delight: a dense collage of text, grainy photographs, plans and graphs. It looks and feels like a piece of agitprop rather than an academic text. That is entirely appropriate for a book which, written by a soldier in the ‘battle’, is not afraid to take sides…. Apart from reviving memories of an important but long-forgotten episode in the history of modern London, this valuable and entertaining book is most notable for its candid and nuanced insider’s view of the campaign to save Tolmers, and especially of the dynamics of community relations.' 3

Next came a compendium on the phenomenon of squatting. In line with the spirit of the times it was self-published by a loose collective of 19 people who contributed to it. A publisher was created for the task - Bay Leaf Books (a play on the word bailiff). Only a handful of copies remain. 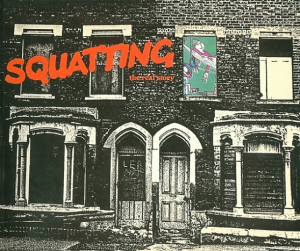 A review of the book on Amazon’s website in 2011 concluded:
‘A valiant effort to ensure that history is not entirely written by the rich & powerful. Using a mixture of press cuttings and their own reminiscences & photographs the authors successfully pull together much of the motivation and the lessons learned from mass squatting in the 1970s and before. But it is the humour that makes this book an absolute classic … it is squatters' indefatigable resourcefulness, turning abuses of their basic human rights by greedy landlords into a satirical pop at their abusers, and even into verse, that make this a classic tale of the triumph of the underdog…. this is the sort of book that William Caxton invented printing for – a visionary tome that speaks of a better world to come.' 4

Next, after a long and tortuous gestation, came an influential polemic on how and why people were creating their own environment instead of leaving it to professionals. 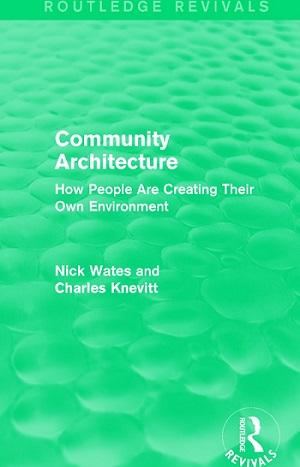 In an online comment to an obituary for my co-author Charles Knevitt in 2016, Architect Ben Derbyshire (shortly to become President of the Royal Institute of British Architects) wrote:
‘Charles Knevitt and Nick Wates' Penguin book, Community Architecture defined the spirit of an era when many were trying to re-orientate architectural practice on the basis that an environment designed with the input of its users would be more sustainable. Dismissed by many at the time as an abdication of the architect's responsibility, many of the principles subsequently became mainstream. Charles and Nick were vitally important culture carriers for many of us at that time and helped establish community architecture as a legitimate presence in the RIBA.' 5

By the mid-1990s my mission had become to produce toolkits on the practicalities of genuinely involving communities in shaping their own futures. 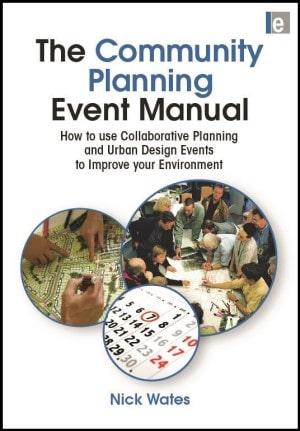 'Action Planning', retitled for the second edition as 'The Community Planning Event Manual', was the first product of a research programme to develop and share best practice at The Prince of Wales’s Institute of Architecture in London. Prince Charles writes in a foreword: ‘The practice – and art – of Action Planning is still very new. I am delighted that my Institute of Architecture is publishing this first handbook to help people grasp the immense opportunities offered by this valuable technique.’

‘Action Planning’ was followed by an inspiringly structured and universal overview of the methods by which people can shape their cities, towns and villages. 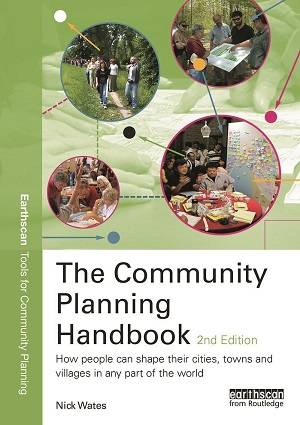 Commissioning editor Rob West wrote in 2006 about the first edition of this author’s most popular book:
‘By virtue of its high quality and reader-friendly usability, The Community Planning Handbook has proven to be one of our most successful publications and the response from buyers has been nothing short of astounding.' 6

So why does any of this matter today? Surely it was a long time ago and things have moved on?

Perhaps the most interesting finding of my PhD research was that ‘35% of recorded citations for all five books were made since 2010’. 7 In other words the books continue to be relevant to people and indeed may be increasingly so. This of course reflects a massive change in the nature of learning and publishing. All my books have been based on practical experience in a relatively narrow field within the subject of placemaking. But rather than being forgotten shortly after publication, they are now able to contribute towards an ever expanding and ever more searchable global web of knowledge. 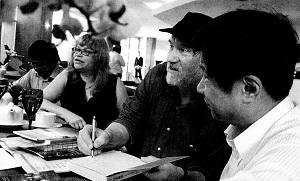 Take your pick from a variety of professional books, across the whole spectrum of community planning.

Climate change and sustainability are regulars at the planning meetings across all sectors, and urban planning is no exception. This guide contains chapters from three leading books in the field of urban planning, and takes a look at what we can do to future-proof our urban landscape. 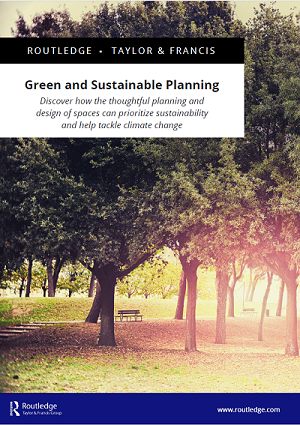