Approaching a professor for the first time can feel intimidating, you may not know where to begin. Just remember – they are there to help you achieve your goals and succeed in class.

But if you’re still unsure, would you be more likely to knock on your professor’s door if one of your F.R.I.E.N.D.S. came with you?

Who would you want by your side? Someone who will always ask a question no matter what, like Monica? Or maybe a student like Phoebe? Who balances creative aspirations (re: playing her guitar on the street…or quad) with schoolwork?

If you want some examples of how to approach your professor, take a look at some of these star students below!

A student like Monica sits in the front row of every lecture, takings vigorous notes and acing her exams. Since she’s doing so well in class, she isn’t sure she wants to bother the professor during office hours, but she decides to go anyway to ask for additional readings and extra homework. She has specific questions prepared, takes notes, and is honest about her goals and ambitions. Though a respectful professional relationship is established, Monica still feels compelled to shout out answers during lecture when the professor asks a question. She is working on this. Mostly.

A student like Joey forgets he is enrolled in French class until the last day. The professor has never seen Joey before and is confused about why he’s shown up for office hours. Joey is also confused, claiming his twin, Dr. Drake Ramoray stopped him from coming to class. He uses the professor’s office hours to plead for a passing grade, and when that doesn’t work, he asks if he can retake the course next semester. He also asks the professor what his name is and what class he teaches and where he can buy a sandwich.

A student like Ross wears a suit to every lecture hoping to make an impression because he wants to get a recommendation when he applies to graduate school. Since this is a big class with lots of students, he attends office hours primarily to network and to have an outlet to discuss his paleontological interests. He is cognizant of the professor’s time (unless discussing erosion theories) by watching the clock during their meeting and always sends an email ahead of time confirming the professor’s availability.

A student like Phoebe isn’t afraid to ask questions. She raises her hand often but still feels like there is a disconnect from one phalange to another, so she decides to go to office hours. She pays for school with the money she earns playing guitar on the street, but her musical aspirations lead her to miss a few classes. She comes to the meeting prepared with specific chapters she wants to go over and asks for advice on a homework assignment. She offers a song in exchange for the professor’s help. Her professor politely declines.

A student like Rachel struggles because her grades are slipping because she’s busy trying to balance school and working at a coffee shop, so she decides to attend her professor’s office hours at the last minute to see if she can boost her grade. She comes to class most days, but has been known to miss the occasional lecture in favor of a good sample sale. She is honest about her work-school balance, but doesn’t admit that she doesn’t always read the assigned material and gets notes from her friend Monica instead. She makes sure to thank the professor for their time, but doesn’t get the special treatment she wanted.

A student like Chandler is fairly average, and no one seems to remember his major (something to do with transponding?) even though he’s told them 100 times. He goes to office hours looking for ways to be more successful in class (and maybe work up the courage to tell the professor his real name isn’t Toby), but unfortunately, Chandler gets his appointments mixed up and is late to the meeting. His embarrassment causes him to keep making jokes and he never really gets to the point. He goes by Toby for the rest of the semester. 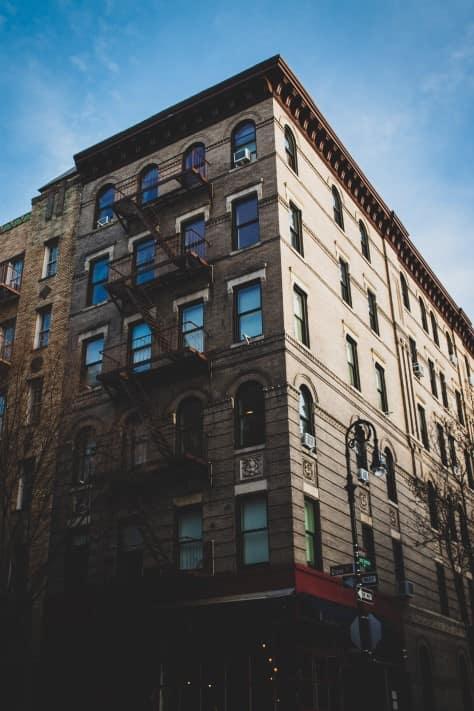 For free content, information, and articles on all areas of study skills why not visit the Student Survival Skills hub?