“Wisconsin counted more votes than registered voters.”
“Trump’s inaugural crowd was larger than Obama’s.”
“The US has 6 million confirmed COVID-19 cases.”
“The number of children diagnosed with Autism Spectrum Disorder (ASD) has risen of the past ten years; it’s an epidemic!”

More than ever, people need to be data literate and check the accuracy – and context – of data that they read and see, especially in the news. Yet people seldom evaluate and select authoritative data sources.

Why is checking data so important? People often share such data online, especially if it confirms their current beliefs (such as a Trump supporter reading the inaugural figures) or is startling (as in the above Wisconsin claim), and people tend to believe their friends, so may act on this false or misleading information. The results may be consequential. For instance, if the data about ASD is coupled with data about vaccinations, parents may decide not to have their children vaccinated at all, which may lead to more diseases.

An easy way to discern the quality of data is to follow these four steps.

There are lots of ways that data can be skewed. Here are some tips to help you figure out the validity and accuracy of the data.

Doing all this math may be daunting and time-consuming, valuable as it is – and certainly useful for students. At the least, you can use a data fact-checker to give you some confidence in the data you encounter – and can help you over time to identify reliable data news sources. Some good data fact-checking tools are https://www.washingtonpost.com/news/fact-checker/, https://www.wolframalpha.com/, https://factcheck.afp.com/, and Factcheck.org.

In any case, the more data literate you are, the less likely you will be fooled by falsified or misleading data. You can make better informed decisions with more confidence, which helps not only you but also your family and community at large. 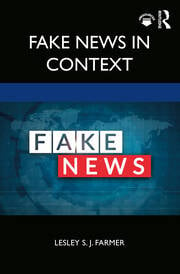 Fake News in Context defines fake news and sets it within a historical and international context. Helping readers to become more skilled at detecting misinformation, the book also demonstrates how such knowledge can be leveraged to facilitate more effective engagement in civic education. 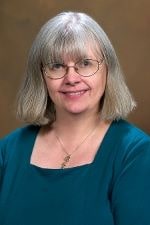 Dr. Lesley Farmer coordinates Teacher Librarian program at California State University (CSU) Long Beach, and manages the CSU Information and Communications Technology Literacy project. Dr. Farmer has garnered several awards for her work, including over 30 books and hundreds of presentations and other publications.