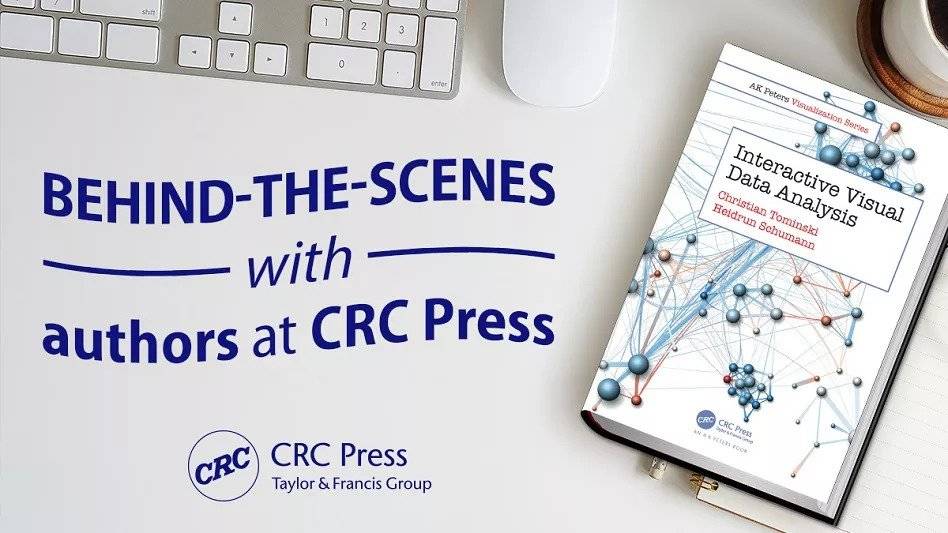 As part of our new behind-the-scenes series of blog posts, which share insights into our authors’ writing processes, in this post we’re delighted to share an interview with Christian Tominski and Heidrun Schumann, authors of Interactive Visual Data Analysis.

Read on to find out how the idea of the book came about, how they distributed the writing of the chapters amongst the author team and what they learnt from the writing process.

How did the book idea for Interactive Visual Data Analysis come about?

The idea for the book was born in a discussion between Heidrun and Tamara Munzner (Series Editor of the AK Peters Visualization Series) at the IEEE Visualization Conference in Paris in 2014. In June 2015 we signed the contract with CRC Press. Originally, there were three authors, Heidrun, Christian, and Hans-Jörg Schulz. The book was contracted for about 300 pages with about 100 illustrations.

Initially, the plan was to collect selected research papers from our team in Rostock and turn them into parts of the book. However, we soon realized that this would not meet our own expectations of a good book due to inconsistencies and conceptual gaps. Therefore, we needed to develop a systematic scaffold for the book, which we obtained via intensive discussions between the authors. 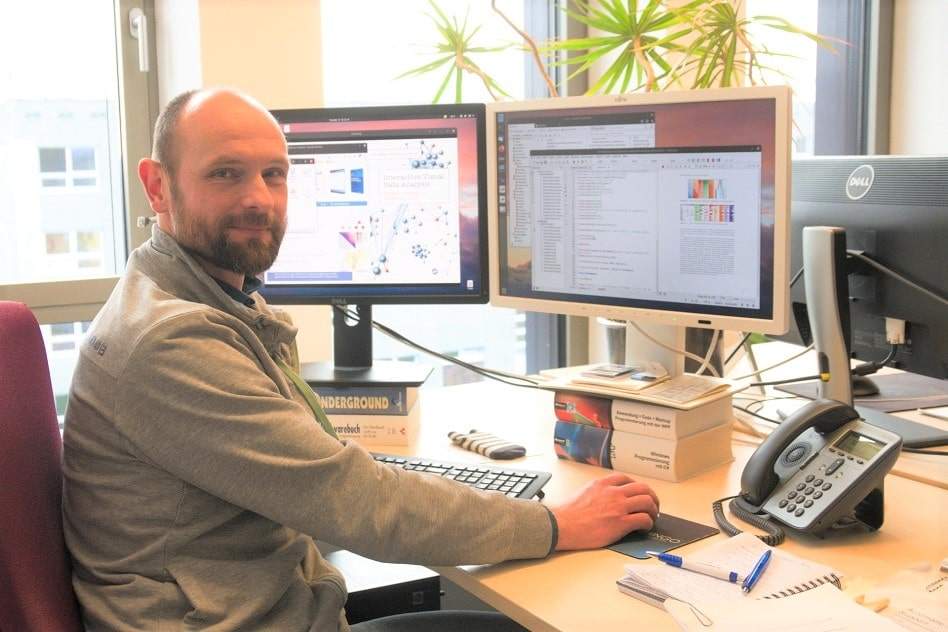 How did you distribute the writing of each chapter?

We distributed the writing duties by chapter. However, the writing started slowly. We used a Git Repository to track and share the work, and the first written content was committed to our Git Repository in October 2016. In October 2017, only three of seven planned chapters were in an acceptable state, although the original due date for the book was May 2017. Moreover, Hans-Jörg had dropped out as an author, leaving only two authors to do the remaining work. With immense effort, we managed to fill most of the chapters by October 2018. At that time, the book had been restructured substantially and the individual chapters had been revised according to feedback from several colleagues. Our toughest critics were ourselves. Each written section was carefully revised by each author. While CRC Press was busy with a review process, we used the time to fill the remaining sections. Unfortunately, Heidrun got serious health problems with her eyes, which delayed the finalization of the book. Fortunately, she recovered quickly. 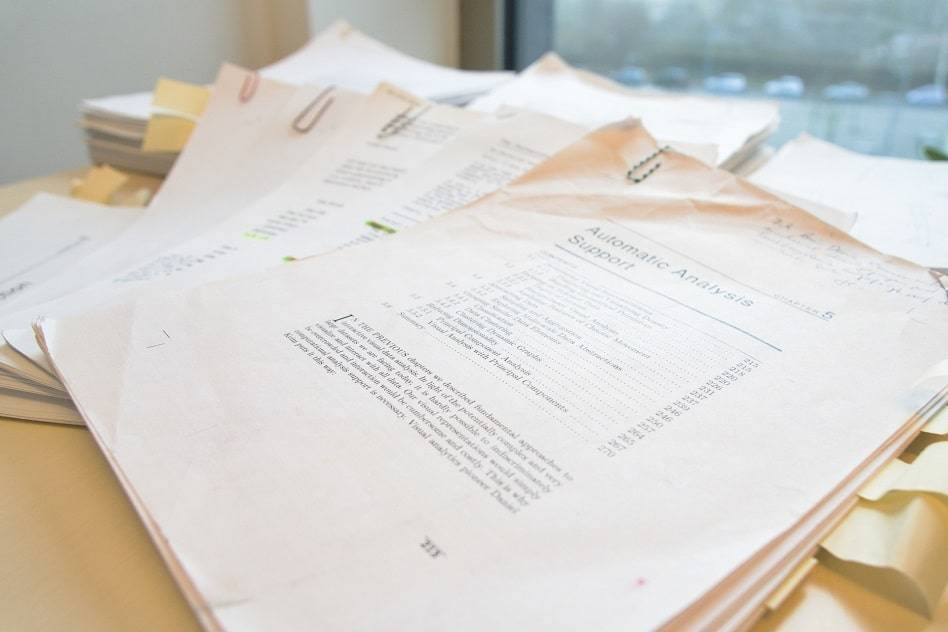 When did you finish writing Visual Data Analysis?

In June 2019, we received CRC Press's in-depth review from Tamara Munzner. The final phase of the book project began. We incorporated many valuable comments and even rewrote an entire section. Figure permissions were acquired, and overall consistency checks implemented. Finally, in October 2019, we submitted the complete book with about 350 pages and more than 200 illustrations to CRC Press. After submission, we designed several variants of the book cover and set up an accompanying website for the book at ivda-book.de. A noteworthy feature of the book is that all original figures are released on the website under the CC BY Open Access licence. 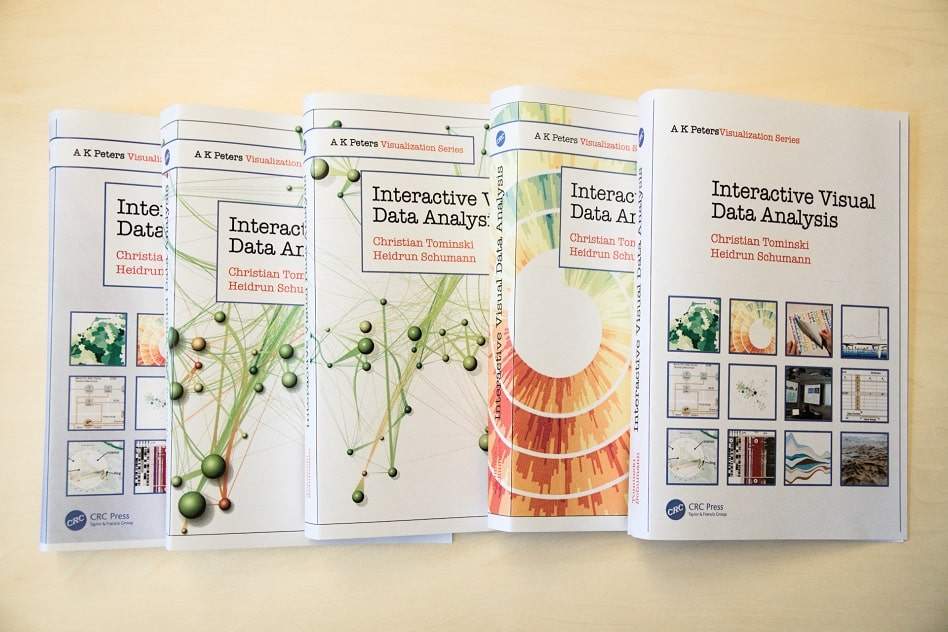 At the time of writing this blog, the Git Repository contains 1658 “commits”. Throughout the process, we used various open source software including, TeXstudio, Lualatex, Biber, Libre Office, Gimp, Inkscape, Perl, and GitLab.

What were your biggest challenges and learnings?

The one big mistake we made was that we started writing later chapters first. Critical earlier chapters were delayed. In the end, much of what had already been written for the later parts had to be revised substantially after the delayed chapters were filled. Accordingly, we would recommend writing a book from front to back, or at least to not start with chapters in an arbitrary order.

Writing a book over several years brings the problem that it is difficult to remember what has been written in which part of the book. So, checking for consistency by reading entire parts of the book several times is important.

In retrospect, we are more than happy with the overall writing process, given the circumstances we faced (author dropout and health problems). It is important not to underestimate the effort required for discussion and systematization, for developing a consistent language, and for creating expressive illustrations. Establishing certain writing rules (e.g., formatting of references, keeping a log of figure sources, wording rules, etc.) can be really helpful. As the authors knew each other quite well, the collaboration went very smoothly. Despite occasional hard discussions, we always found a solution with which we were all satisfied.

These images have kindly been provided by the authors for inclusion in this blog post. 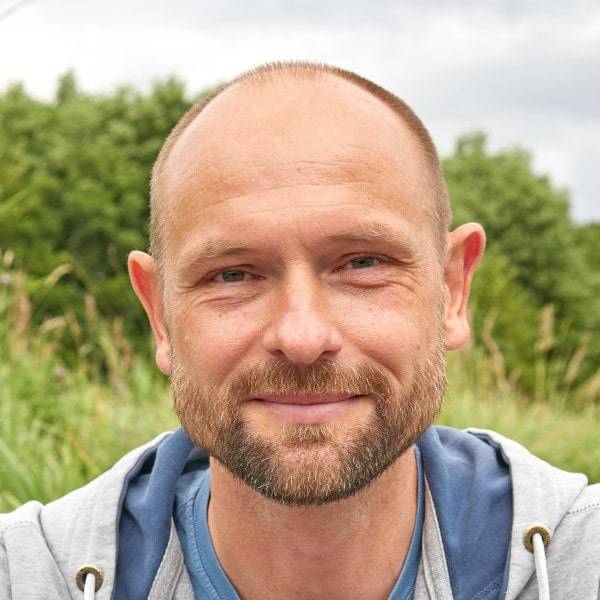 Christian Tominski is a researcher and Lecturer at the Institute for Visual & Analytic Computing at the University of Rostock, Germany. Christian has published numerous papers and has co-authored three books on new visualization and interaction techniques, and has developed several visualization systems and tools, including LandVis, VisAxes, and the CGV system.

Heidrun Schumann is an Emeritus Professor at the University of Rostock, Germany, where she headed the Chair of Computer Graphics at the Institute for Visual & Analytic Computing. Heidrun has published more than two hundred articles in top venues and journals and has co-authored three books, including the first German textbook on data visualization in 2000. Heidrun was elected as a Fellow of the Eurographics Association in 2014 and was inducted to the IEEE Visualization Academy in 2020.

Interactive Visual Data Analysis is included in the following series: