The roots of psychodynamic therapy lie predominantly in Freud’s psychoanalytic theory and treatment of mental health conditions which, when first developed, was known as “the talking cure.”

Since then, other forms of therapy, such as cognitive behavioral therapy, have developed, but psychodynamic therapy is still one of the most identifiable types.

Keep reading as we break down psychodynamic therapy, how it developed, its techniques and more.

What is psychodynamic therapy?

Psychodynamic therapy, which falls under the umbrella of insight-oriented therapy and talk therapy, is a holistic approach that dives into how and why an individual’s unconscious beliefs, thoughts and feelings can impact their conscious behavior. Placing non-conscious functioning at the center of its domain of interest, psychodynamic therapy helps the patient explore their unconscious mind as part of their present experience.

The focus of psychodynamic therapy treatment is to give clients a self-understanding of how unresolved psychological traumas and unconscious feelings can have a profound influence on their behavior and mental health. Although this therapy isn’t problem-focused, it can give clients the tools to regulate maladaptive coping mechanisms and handle their social environment more effectively.

What is the difference between psychodynamic therapy and cognitive behavioral therapy?

As both psychodynamic therapy and cognitive behavioral therapy (CBT) are forms of talk therapy that are often used to treat depression and anxiety, the efficacy of these therapies is often compared. For the most part, it’s the nature of their psychological focus that distinguishes them.

CBT sessions adhere to formal structures and work towards a set of specific learning agendas. The therapy is focused on understanding and modifying certain processes or behaviors; working on identifying and ultimately changing dysfunctional patterns of thought.

In contrast, psychodynamic therapists encourage patients to talk freely about whatever is on their minds and how they are feeling at that moment during the therapy session. By doing this, a pattern of present behavior and feelings related to past experiences will emerge. The psychodynamic therapist will then put the focus on those patterns in order for the patient to recognize the way past experiences are affecting the way they behave in the present, and can begin to recognize these patterns themselves.

Unlike psychoanalysis, which involves open-ended exploration of a patient’s feelings in multiple sessions per week, psychodynamic therapy sessions typically take place once a week for 50 minutes.

Patients sit in a chair and face the therapist rather than lie on a couch, and sessions are open-ended and based on a process of free association. Although a psychodynamic approach is most commonly used in individual therapy, it can also be used in group therapy.

How to tell psychodynamic therapy apart from other therapies

In 2000, Blagys and Hilsenroth conducted a literature search that allowed them to determine seven features concerning process and technique which could reliably distinguish psychodynamic therapy from other therapies. These are:

Therefore, it can be said that the goal of psychodynamic therapy is not to rid the patient of their symptoms, but rather to arm them with the tools they need to recognize how past experiences influence their relationship with themselves and others.

It encourages them to recognize dysfunctional or defensive patterns of behavior, achieving a greater sense of emotional maturity and personal growth, as well as an increased understanding of their unconscious thoughts, desires and impulses for improved mental health.

How was psychodynamic theory developed?

From this foundation, psychodynamics grew to encompass all psychological theories that incorporated the unconscious as a driving force for human behavior. This includes influences from Carl Jung, Alfred Adler and Anna Freud, among others.

Why do patients seek psychodynamic therapy?

There is a common misconception that psychodynamic therapy is ineffective and outdated. Its greatest criticism is that it’s considered unscientific in its approach to human behavior and that its concepts, heavily rooted in Freud’s theories, are subjective and difficult to test.

This kind of therapy is not didactic or problem-solving. Psychodynamic theory trusts that the patients probably already know what would be best for them. It’s not about giving advice but about setting conscious goals towards getting help, recognizing the need for change and overcoming the unconscious desire for homeostasis.

However, recent studies by Jonathan Shedler have found that psychodynamic therapy produces an effect size that is at least as large as other psychotherapies such as CBT and psychoanalysis, and which has been demonstrated to have increased by up to 50 percent when patients were reevaluated nine or more months after their therapy ended.

Psychodynamic therapy encourages patients to work towards achieving greater insight into the recurring themes and patterns, as well as their attempts to avoid distressing thoughts and painful feelings. It’s then the aim of this type of therapy to equip patients with the internal psychological resources and greater capacity for understanding the individual issues that have previously caused them emotional harm and had a negative impact on their mental health.

Available evidence demonstrates that psychodynamic therapy is equally as effective as other forms of psychological treatment, including CBT and psychoanalysis, moreover, the effects may be long-lasting and extend beyond symptom remission.

What are the benefits of psychodynamic theory?

Today, we are seeing a resurgence in the importance of psychodynamic therapy in the therapist’s toolkit. Peter Fonagy and Alessandra Lemma have argued that it’s important patients aren’t treated with a “one size fits all” approach, citing the fact that CBT won’t be suitable for every patient, and that other therapeutic modalities should be offered for the benefit of public health.

Psychodynamic therapy will have the most benefit for patients who are capable of self-reflection, have an interest in exploring their internal life and behaviors, and have a genuine desire to seek self-knowledge in this respect.

As psychodynamic therapy seeks to strengthen the patient’s inner capacities and resources, individual patient benefits may include:

Interested in learning more about psychodynamic therapy? Discover a broad range of books, guides and resources from Taylor & Francis.

Below is a specially curated psychodynamic psychotherapy reading list (sorted by population): 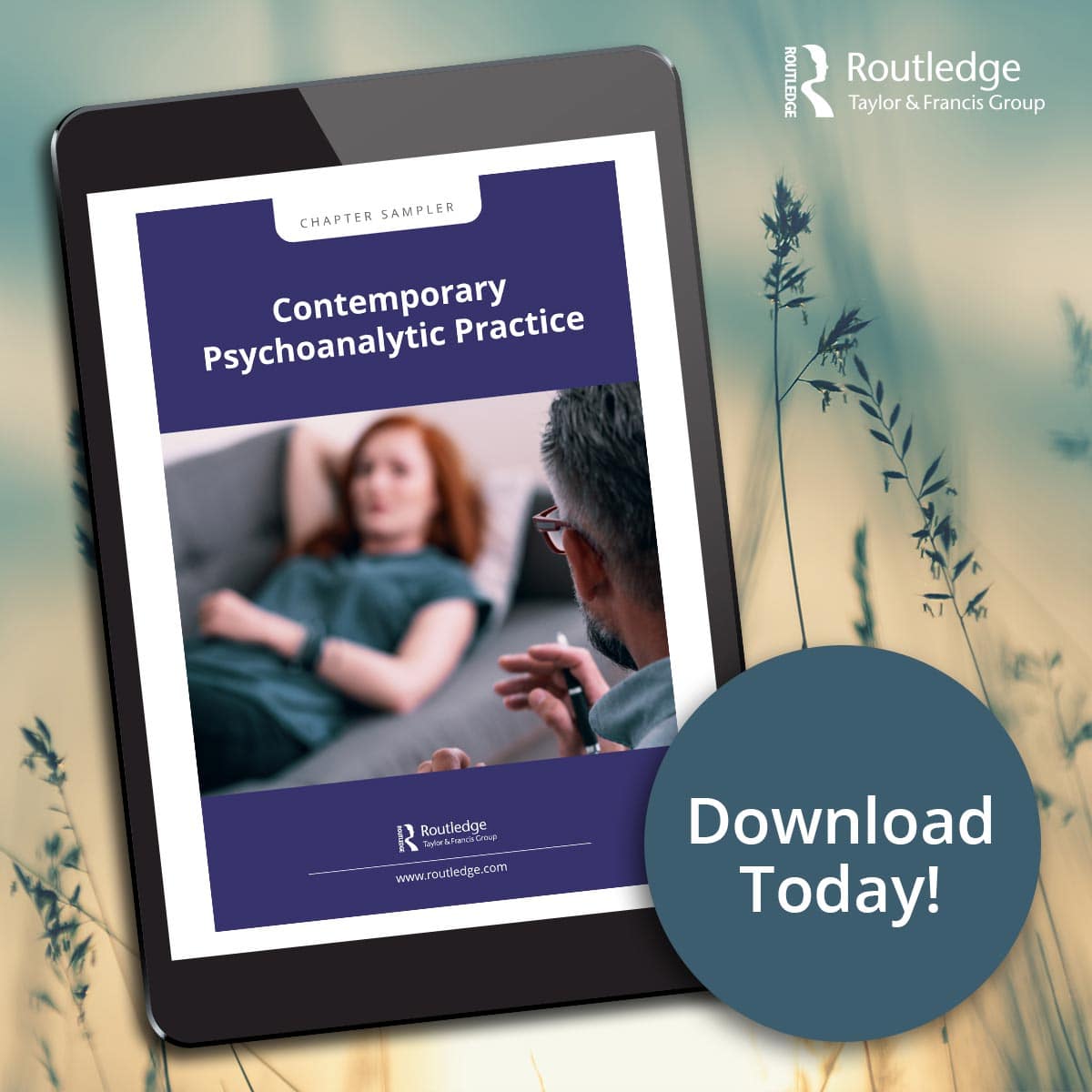 Browse our complete catalog of books for psychotherapists

Browse our complete catalog of books for psychoanalysts