Land degradation impacts our ability to feed ourselves, and nowhere is this crisis more urgent than in the arid and semi-arid regions of the world known as drylands, where more than a billion people struggle to survive in the face of growing desertification. Yet restoring fragile drylands is possible.

First, a couple of definitions: Land degradation is a human-caused decline in ecological function. Desertification is simply land degradation when it occurs in drylands. The places most impacted by desertification are in developing countries where the majority of people do not have enough money to buy food and so must rely on subsistence agriculture. Food insecurity was already an issue in these regions. As soil erodes and its quality declines, and as water becomes less available, food is even harder to grow. For Indigenous pastoralists who must keep moving their herds to find plants for livestock, finding diverse vegetation to support their animals becomes more and more difficult.

Two examples at different scales illustrate what happens when these strategies are put into action: Yacouba Sawadogo, “the man who stopped the desert;” and the Great Green Wall.

The Man Who Stopped the Desert

Yacouba Sawadogo is known as “the man who stopped the desert.” During a severe drought in the Sahel beginning in 1980 Sawadogo, originally an illiterate peasant from Burkina Faso, transformed the land in his severely desertified community by teaching people to dig small pits known as zaï all over the ground. The zaï are filled with manure, compost, and ashes, and a few seeds of sorghum, millet, or corn are put into each hole. The pits collect rainwater which infiltrates the soil, and they provide nutrients for plant growth. Sawadogo also places troughs of water on the ground for animals and pots of water in the trees for birds, who then bring seeds from other locations. The formerly dry, barren land where his efforts began is now an almost 100-acre forest with over 60 species of trees and bushes, varieties of livestock, bees for honey and pollination, and a variety of wildlife. Sawadogo shares the techniques with farmers at bi-yearly markets. People who adopt his techniques often become food secure, and tens of thousands of acres of desertified land in Burkina Faso and Niger have been restored to productivity by these farmers.

In the Sahel region of Africa, decades of heavy grazing and cutting of trees for firewood, exacerbated by years of drought, have led to advancing desertification as the Sahara Desert edges southward. In 2007 a coalition of 20 countries in the African Union launched a tree-planting program known as the Great Green Wall. The goal is to restore almost 250 million acres of degraded land across the entire width of sub-Saharan Africa by 2030, in a band of trees almost 5000 miles long, while creating 10 million green jobs.

The initiative brings together stakeholders at many scales including the United Nations, the European Union, national governments, groups from the private sector, and civil society, coordinated by the Pan Africa Agency for the Great Green Wall. Micro-investment projects were implemented in 2014 under a 5-year initiative by the United Nations Convention to Combat Desertification (UNCCD) with funding from the European Commission. In 2021 an initiative called the Great Green Wall Accelerator was announced by the president of France at the United Nations One Planet Summit for Biodiversity, with support from the World Bank and leaders from member nations. The aim is for initial funding of 14.3 billion euros from the UNCCD and other donors to fast-track the planting and restoration process. The UNCCD calls the Great Green Wall “an urgent symbol of hope.” 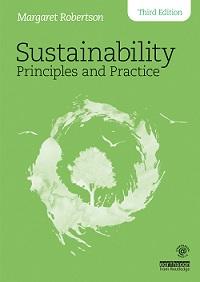 Sustainability Principles and Practice gives an accessible and comprehensive overview of the interdisciplinary field of sustainability. The focus is on furnishing solutions and equipping students with both conceptual understanding and technical skills. 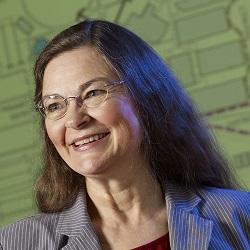 Margaret Robertson is a member of the American Society of Landscape Architects (ASLA) and teaches at Lane Community College in Eugene, Oregon, USA, where she is a coordinator of the Sustainability degree program.