Over the past year, living through the pandemic, we have had time to think about who we are and how we relate to communities we are a part of.

All of these events and developments are bound up with questions of identity, culture and communication.

The field of intercultural communication considers questions of identity as fundamental to how we communicate with each other. Identity is seen as complex and multi-faceted, influenced by widely circulating discourses about people – and that means about you and both the large and small groups you associate with. It is bound to the exercise of power, and the results in safeguarding privilege or causing disadvantage for these various groups. Intercultural communication is therefore inescapably about political positioning.

A more nuanced understanding of identity helps us to better understand communication between individuals belonging to similar and different ‘cultures’. ‘Cultures’ are not just large national or regional groupings, but equally important small groupings such as work groups, friendship groups, special interest groups, that distinguish themselves from other groups on the basis of numerous factors including ethnicity, gender, sexuality, social class, age, religious persuasion and profession.

For a deeper understanding we need to analyse specific contexts within which intercultural communication takes place. This will involve us in considering in depth a multiplicity of factors including the purpose and focus of the communication, the various identities of the interactants themselves (and how these identities might intersect), the language being used (including language variety, register, dialect and accent), as well as the medium of communication, and how the communication builds on previous communication and relationships between the interactants and other interested parties. We might want to analyse communication that, at first sight, appears superficial and mundane, such as informal interaction between people, or we might want to analyse communication that is more obviously intercultural in essence, such as interaction between an asylum seeker and an immigration officer.

In the early years of the 21st century the sands have begun to shift. More sophisticated notions of intercultural communication have emerged that are built on a deeper awareness of the multiple dimensions of identity and demonstrate how identity is realized, implicated, drawn on, projected, negotiated and navigated in communication between and among individuals of similar and different small cultures. Asian researchers and writers have also developed comprehensive models of intercultural communication from an Asia-centric perspective. Others have investigated how minorities employ communication strategies to resist dominant discourses and to project and promote their own identities.

These recent advances have begun to influence thinking and policy in a number of fields, including international business and management, health and social care, education, international aid and development, and the criminal justice system. In doing so, they open up the possibility of moving beyond stereotypes and generalisations and of developing creative and innovative policies, practices and solutions. 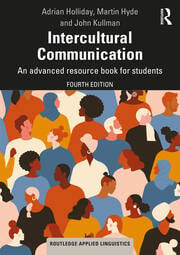 Intercultural Communication provides a critical introduction to the dynamic arena of communication across different cultural and social strata. Throughout this book, topics are revisited, extended, interwoven, and deconstructed, with the reader’s understanding strengthened by tasks and follow-up questions. 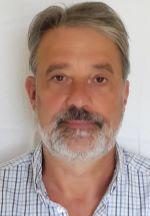 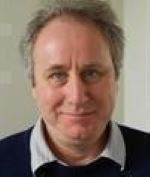 Dr. John Kullman has worked as an English language teacher and teacher educator in the UK and a number of other countries. An interest in cultural aspects of language and of language learning and teaching led to a second career designing and teaching on undergraduate and postgraduate programmes in intercultural communication, as well as supervising Ph.D. students researching intercultural communication and other areas of applied linguistics.