There has never been a better time to learn the craft of writing short film scripts. Interest in and access to creating and viewing short films and episodes of series has exploded worldwide, for both TV and the Web. A great short film can also open doors for you in the film industry, which Barry Jenkins discovered with his luminous short film script, My Josephine, written in my screenwriting class at Florida State University.

But writing a successful short screenplay isn’t easy. It requires the craft and concentration of a medieval artist carving scenes in a walnut. So here are six tips for crafting a short screenplay that connects, based on my long experience as a writer and as a screenwriting teacher at the FSU Film School and USC’s School of Cinematic Arts.

1. Find a small, specific, significant idea you can tell well in a short script

This is always, always, the number one problem for my screenwriting students. They come in with big story ideas, often feature-length screenplay ideas, but quickly discover their idea won’t fit or work in the short form. The result is what I call “narrative cram.” The story can’t breathe. So you need an idea that is small, specific, and significant to your main character.

Barry Jenkins told me that the idea for My Josephine came from “an image in my head of two people’s feet dangling over a table. I saw them working the night shift at a twenty-four-hour Laundromat, young and intimate.” But even with this small, simple, significant image as a starting point for a short screenplay, Barry struggled to find a story he could tell well in six pages. At one point he tried to include a murder in the Laundromat, resulting in, yes, narrative cram. A year later, Barry rewrote the script and “made it as simple as I was capable as a writer,” he told me. When I read his rewrite, I was so moved I only wrote three words on the script—“Lovely and subtle.” As is his beautiful film.

2. Craft a complex character with a small, significant want

Writing compelling short screenplays requires what Thornton Wilder called “shortcuts to the imagination.” And knowing what your main character wants in your story is the most important shortcut to understanding and revealing who your main character is. So give your main character a want or yearning for something that matters deeply to her or him. Then let your story flow out of your character’s efforts to achieve this want. The best stories, short or long, are about the human heart.

3. Create a pattern of external and internal change

It’s helpful to think of a screenplay as a pattern of significant human change that you create with specific moments of change—discoveries and decisions your main character makes that make a difference to the character and move the story forward. What your character wants and is trying to achieve in your short script is the surface action—events we see happen on screen. And how these events change the character’s inner landscape forever is the deep action—your character’s arc.

If you want to see an exquisitely crafted surface and deep action/character arc in a fifteen-page screenplay, read Chapter 17 'Killer Kart' in Crafting Short Screenplays That Connect 5e and screen the film on the book’s website. It’s no surprise the film is the most-screened film ever produced at the FSU Film School.

If you enjoyed reading this article, Crafting Short Screenplays That Connect 5e  will show you how to advance and deepen your screenwriting skills, increasing your ability to write richer, more resonant short screenplays that will connect with your audience. 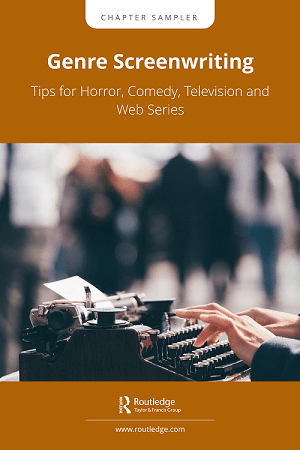 A Guide to Script Writing

Want to enter the world of script writing, but not quite sure how to start? Read this article, which takes you through the full process.

Take your pick from a variety of Screenwriting books, where you'll find the latest releases.

Interested in wider aspects of the filmmaking? Explore our range books in Filmmaking and Postproduction.