Descriptosaurus: Supporting Creative Writing for Ages 8–14 is the perfect resource for teachers who want to improve their pupils creative writing. To demonstrate the practical value of this literacy resource, we asked one teacher to share how she used the book in the classroom to capture the imagination of her students and expand their vocabularies.

Sarah’s class had been exploring local myths and legends. They had looked at stories of ghosts, giants, witches and sea monsters. Sarah then read her class the story of the Laidley Worm from Northumberland Folk Tales. She explained to her class that ‘worms’ were legless dragons, and that the name came from the Viking word ‘wyrm’ which meant dragon. She went on to explain that there were other worm stories from Northumberland such as the Longwitton Worm, and stories of worms from other parts of the North East. She explained to her class that the most famous worm story was The Lambton Worm from Sunderland which inspired Lewis Carroll to write the poem The Jabberwocky.

Sarah then asked her class to draw and design their own worms. They were to have long, snake like bodies but then the children could add other features that they wanted to like multiple heads, wings, claws, spikes, horns etc.

She asked the children to label their worms with nouns such as eyes, nostrils, teeth etc. Sarah then opened her copy of Descriptosaurus and went to Chapter 39 Parts, Size, Shape, Colour and Covering within Part 3 Creatures, and  highlighted the following adjectives on page 198;

Sarah asked her class to add adjectives from the list supplied but also encouraged the children to add their own adjectives to their nouns. The children then had noun phrases which they could use in their writing later.

Sarah then asked her class to think of the powers their worms could have. She told the children that the Sockburn Worm could breathe out poisonous gases and The Longwitton Worm was invincible as long as its tail was inside its cave. She then turned to Chapter 48 Weapons and Destruction in her copy of  Descriptosaurus. She shared the following phrases and told the class that they could use up to two ideas from here but the rest should be their own; 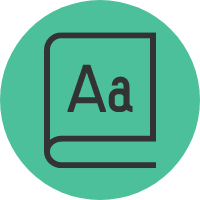 Sarah then referred to Part 4 Additional Vocabulary on the Descriptosaurus website. She selected Connectives and scrolled down to the Instant Reaction section. She asked the children to choose sentence starters that they would use to describe the battle between the hero and the worm. The hero would do something, then the worm, the hero, then the worm etc.

Finally, the children could choose a sentence starter from this list to explain how the battle was won.

At last,
In the end,
After it was over,
Eventually,
When he looked back,
When he had finished,
In the final moments before . . .
Looking neither left nor right, he (walked) . . .
Without even a glance,
He waited a while and then . . .
From that day on,
From that day forward,
Ever since,
The months that followed were . . .
Six months later,

Then the children were given the time to write their own local myth having gathered all of the vocabulary and generated all of the ideas necessary. Sarah modelled her own myth for the children using the same techniques. 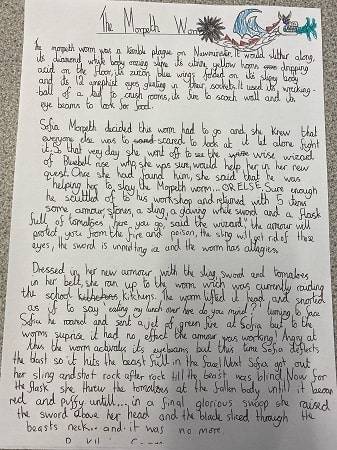 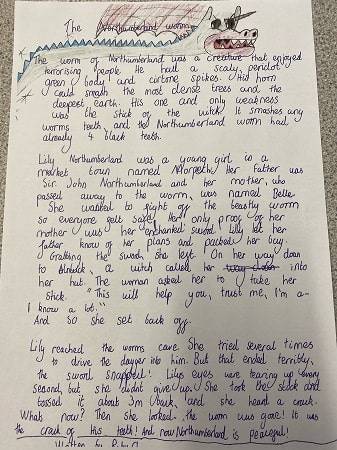 Sarah and the class had a fantastic time writing their stories, and the exercise was valuable in helping the children learnt to think creatively, structure their sentences, and expand their vocabulary. And the best part for Sarah? All the exercises were provided within the Descriptosaurus text book – so she didn’t have to spend any time lesson planning!

This task was taken from Descriptosaurus: Supporting Creative Writing for Ages 8–14, by Alison Wilcox. Use code JKL20 to get 20% off this book. 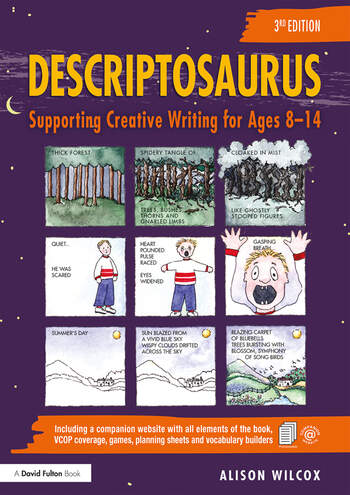 We offer discounts for schools when purchasing multiple copies directly with Routledge.