In this blog Lorenzo Bernini, author of Queer Theories: An Introduction, asks whether queer theories have redemptive intentions and examines their call for tolerance.

Even in our neoliberal and hyper-hedonist societies, where enjoyment becomes an imperative and it is turn to profit – where a click is enough to find yourself absorbed in an orgy of coitus-fellatios-BDSM-golden showers-fisting and so on and so forth, there is something for all tastes – a porn actress/actor is not like any other worker of the entertainment industry. Of course, we can see them on celebrity reality-shows, in commercials, as commentators on talk shows, sometimes even in parliament: wherever they are, however, they represent a transgression (from which to gain money, as well as pleasure) rather than the rule. Likewise, prostitution is not a job like any other. Not only for the risks of exploitation to which it exposes those who practice it, especially if they are women, and for the prohibitionist laws in force in many countries of the world: whoever represents the sexual, even where prostitution and pornography are legal, carries the weight of a social stigma. Where does this stigma come from? And why, to make another example, is revenge porn such a violent and effective form of retaliation? What is it about the public sharing of our sex tapes that bothers us so much? Why do we find it so humiliating? So unbearable that this type of crime in many legal systems is assimilated, and rightly so, to an instigation to suicide? Again, the gender of the victim – usually a woman – is not indifferent, but it is not the only explanatory element of this issue. Think of Benjamin Griveaux, the spokesperson for Emmanuel Macron who had to renounce his candidacy as mayor of Paris because a video in which he masturbates was leaked... Why, even in our neoliberal and hyper-hedonist societies, those who send hot videos to their lover cannot become mayor? Are we more repressed than we think?

Let's leave the question open. What matters here is something else: we may be secular, liberals, liberalists and hedonists, but sex continues to represent a personal scandal for us, not only a social one. Sex, or rather that specific dimension of sex that Freud taught us to call “sexual drive” and which here I simply call “the sexual” is a force that removes the subjects' control over themselves and the world, undermining their autonomy, pushing them towards a senseless enjoyment: beyond personal affirmation, beyond usefulness and freedom, beyond the pleasure principle. The sexual repeatedly bursts into the subject's life as a repetition compulsion, each time leading them into a wild and uncivilized psychic dimension, tremendously exciting yet unpleasant, even disgusting, in a word abject. It disturbs their sense of themself, making them feel ashamed in front of others, threatening their inscription in society. This is where the stigma that affects prostitution and pornography comes from, as well as the brutal effectiveness of revenge porn. In a certain sense, every time it is manifested, the sexual pushes the civilized self to a symbolic suicide.

This is why it is unbearable: it is an apocalypse of subjectivity. And for this reason politics, understood above all else as the producer of the social bond, has to repress it, trying in vain to relegate it into a private dimension. This is traditionally the function of marriage: the hallucinatory redemption of sex from its senselessness and negativity, its domestication through affectivity and the promise of reproduction. Through family, although this actually has very little to do with the sexual: because you don't have sex to support each other financially or to have children (if not rarely in life), but to enjoy. Thus, we are not very original when we match the social inclusion of lesbians and gays, other traditional representatives of the sexual, with the attribution of matrimonial rights which, coincidentally, we call “civil”.

The exclusion of the sexual from the social bond, as an unpolitical drive, is however only half of the story. The other half is that the social bond itself is stained with sexual enjoyment: the sexual is unpolitical and at the same time eminently political. It is uncivilized, we have said: precisely for this reason the social bonds in civilization are formed at its expenses, through its sublimation which, however, does not coincide with its disappearance. Civilization is in fact nourished by the exclusion of those who are social representatives of the sexual (and by the enjoyment of this exclusion): think of the hyper-sexualization of racialized subjects, the myth of the black rapist, the attraction, often mixed with contempt, felt by white clients for the 'exotic' dark-skinned prostitutes. Or think of those forbidden objects of male desire that are trans sex workers, and sex workers in general, who go beyond the symbolic limits of female sexuality. Think, as we have before, of the uncomfortable social position of those who work in porn. Think, again, of homolesbobitranspanintersex+phobia: how – despite the approval of same-sex marriages – the negativity of the sexual keeps on being projected onto those who transgress the heterosexual norm. And how the anus, in particular, represents the privileged place of implantation of the perverted sexual which is represented by those subjects – the ‘fags’, but not only them – who are, in short, filthy. All of this, do not be deceived, still applies today. The world we live in, where enjoyment also turns a profit, is a complex assemblage: liberal, neoliberal, hyper-hedonist – yet so traditional.

If all this is true, anyone looking at queer theories for the promise of a politically correct society in which sex ceases to cause scandals and problems, could only be disappointed. Challenging the hegemonic subject of patriarchal and heteronormative society (male, heterosexual, white, able bodied) and contributing to the sexual empowerment of women, LGBTQI+ people, racialized and disabled people, people with bodies that do not fit into the stereotypes of erotic aesthetics, people with dissident sexualities are most definitely good things. But if queer theories want to be a salvific project to neutralize the negativity of the sexual, then they are doomed to failure, as a promise that cannot be kept. On the contrary, they fully succeed when they are claiming the abjection of the sexual by those subjects who, particularly, carry the weight of sexual abjection: their radical challenge is then addressed not only to the domain of white, masculine, heterocisexual, etc., people in our civil societies, but also to the very idea of civilization.

Far from having redemptive intentions, queer theories – at least as I conceive them – call to the awareness that in every society and in every individuality the sexual represents a wound of subjectivity that cannot be sutured, a hole of meaning that cannot be filled. Ultimately, they call for a posture of tolerance towards the other. This is their ethical and political claim. This is the news, actually not new at all, that queer theories keep on representing in our hyper-hedonistic society. Because, if it is true that we find the sexual both tremendously exciting and filthy, in one way or another it affects all of us. The point is, we are all filthy. And this can be a good starting point, if not to love each other, at least to put up with each other. Does this seem little to you? It is a great deal instead. 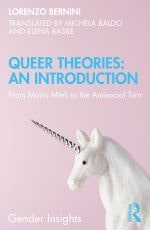 This is a short and accessible introduction to the complex and evolving debates around queer theories, advocating for their critical role in academia and society. The book traces the roots of queer theories and argues that Foucault owed an important debt to other European authors including the feminist and homosexual liberation movements of the 1960–1970s and the anticolonial movements of the 1950s. 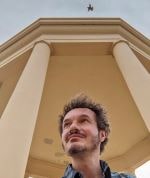 Lorenzo Bernini is Associate Professor of Political Philosophy at the University of Verona, Italy, where he founded the Research Centre PoliTeSse (Politics and Theories of Sexuality, www.politesse.it) which he now directs. He is also founding member of GIFTS – the Italian network of Gender, Intersex, Feminist, Trans-feminist and Sexuality Studies (https://retegifts.wordpress.com/).