Written by David A Bender & Shauna M C Cunningham, Authors of Introduction to Nutrition and Metabolism

Most of the “easy” questions in nutrition research were answered last century: how many calories do we need to maintain body weight and carry out exercise and work?; how much of the vitamins and minerals do we need to prevent deficiency disease?; how much protein do we need? (although this is still controversial).

Over the last 50 years, the emphasis has been on defining “optimum nutrition” and the promotion of health, rather than the prevention of deficiency disease . This is much more difficult. We cannot really define optimum health; it is certainly more than just the absence of disease. If our goal is to define diets to promote healthy longevity then we are probably looking at studies covering 70 or more years. There are a number of long-term cohort studies, in which people are followed for many years. The oldest of these is the 1946 birth cohort study in UK, in which everyone born in the second week of March 1946 has been, and still is being, followed. The Framingham study in USA has followed every resident of the town or Framingham (Mass) since 1948. It is very difficult to draw any conclusions about how the diet in early life in the 1940s and 1950s may give us any information that is relevant to people born in the 21st century. Food was still rationed; the variety of fruits and vegetables available was minute compared with today; yoghourt was known only to a few “food cranks”, while nowadays there is a 5 m long aisle of fermented milk products in a supermarket.

There has been a great deal of information from the Nurses’ Health Study in USA, which is following some 85,000 nurses, with diet and health records. This is an observational study, so all we can say is that people who eat more of this, or less of that, are more or less at risk of developing whatever disease we are interested in. It is all too easy to draw conclusions that may or may not be misleading. For example, people who eat relatively large amounts of processed and preserved meat products are more likely to develop gastric and colorectal cancer, but these people may also eat less fruit and vegetables, less whole grain cereal products, less oily fish, etc. They may also have other behaviours that are, or may be, conducive to ill health, such as smoking, taking little exercise, being obese, etc. At one time there was a list of some 600 factors associated with the development of atherosclerosis and coronary heart disease, one of which was religious observance! All of these confound interpretation of the data and muddy the water, making it difficult to draw clear conclusions about what constitutes a healthy diet.

It is all too easy to pull out one potentially adverse (or beneficial) factor to make a good news story (and also to maintain funding for an expensive long-term observational study, or gain funding for an intervention trial). Unfortunately, “Eat sensibly to live longer” or “a little of what you fancy does you good” will never make a news headline. The problem is compounded by social media, where anyone can express an opinion, whether based on evidence or not, and probably receive more attention, and have more influence, than a scare-mongering journalist in a tabloid newspaper, let alone a responsible health journalist. Just think about the anti-vaccination lobby, or celebrity endorsement of weird diets and the rise of so-called “super foods”.

In medical research, the RCT is the gold standard of proof. In nutrition research, RCTs are not feasible if we are interested in long-term health outcomes. No-one can be expected to follow a dietary intervention for many years, just to see the outcome, and we cannot control people to have a “placebo” group. In any case, the pattern of foods available will change over the years. The focus of much nutrition research is on relatively short-term interventions in which a biochemical or other biomarker that we believe to reflect the likelihood of developing the disease of interest is measured. If we are interested in cancer, then we can measure biochemical markers of damage to DNA; if we are interested in heart disease then we can measure cholesterol in plasma low-density lipoproteins, or arterial stiffness. These are indirect indications of the likelihood of developing disease.

Furthermore, the trials are short-term, and we cannot know whether or not the observed changes will persist, or whether there will be adaptation to the changed diet in the longer term. The problem of how much protein we require is a good example here. Relatively short-term experiments show a higher requirement than studies that continue for several weeks, because there is adaptation of protein metabolism as the intake changes, with a slowing of turnover, and hence a lower requirement, as the body adapts to a lower intake.

There is one nutritional intervention for which there is excellent evidence of efficacy: folic acid supplements taken before conception for the prevention of neural tube defects. Of course, this is a short-term experiment (9 – 10 months), with a clear outcome at term.

Despite the problems raised above, large scale observational studies are indeed giving us useful hints about factors that may be important in connecting diet and health. Many of these will be testable in relatively short-term studies using surrogate markers such as: arterial stiffness and serum low-density cholesterol as surrogates for cardiovascular disease; serum and urinary excretion of modified nucleic acid bases as markers of DNA damage as surrogates for (potential) carcinogenesis and mutagenesis; breath pentane as a marker of lipid oxidative damage. 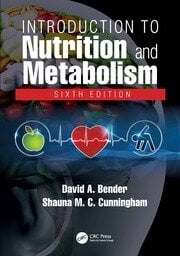 Introduction to Nutrition and Metabolism equips readers with an understanding of the scientific basis of what we call a healthy diet. Now in its sixth edition, this highly recognized textbook provides clear explanations of how nutrients are metabolized and gives the principles of biochemistry needed for comprehending the science of nutrition. 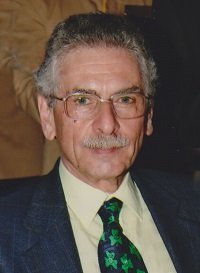 David A. Bender joined the Courtauld Institute of Biochemistry at the Middlesex Hospital Medical School as a research assistant in 1968, was appointed as a lecturer in biochemistry in 1970 and received his PhD (on the metabolism of aromatic amino acids) from the University of London in 1971. The Middlesex Hospital Medical School merged with University College London (UCL) in 1987, and he was appointed as senior lecturer in biochemistry in 1994 and professor of nutritional biochemistry in 2009. He retired from UCL in 2011, with the title of Emeritus Professor. 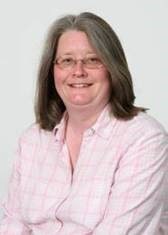 Shauna M. C. Cunningham undertook her undergraduate studies at Glasgow University. She moved to Aberdeen University in 1991 to study for a PhD. This was followed by a period of postdoctoral research at Aberdeen University and Kurume University Medical School, Japan, before she joined the Nutrition and Dietetics Teaching Group in 2001 as a lecturer in nutritional physiology and biochemistry at Robert Gordon University in Aberdeen.

Looking for more content related to Science & Medicine? Browse all our content on the latest trends and topics in this area. Our authors are experts in their field and are contributing pieces that will help springboard your curriculum design.