Written by Bernard Tamas, Author of The Demise and Rebirth of American Political Parties.

The possibility of third parties playing an active role in current American politics is likely to be viewed skeptically by many political scientists. Yet, I made this very argument back in 2018 in my book The Demise and Rebirth of American Third Parties. Contrary to widely held beliefs, American third parties did not simply disappear in the early twentieth century. Instead, third party strength has gone through fluctuating phases. They were a strong force in the period after the Civil War, winning only a few seats but nevertheless disrupting American elections. Around 1920, they began to decline and almost completely disappeared by the late-1940s. Then, starting again in 1968, third parties have been gradually getting more active and gaining popular support. In fact, in 2016, when Donald Trump won the presidency, third parties received their highest median percent vote in US House elections since 1914.

My research has found that existing theories on US third parties that predict their permanent demise tend to be outdated, overstated, or generally lacking in empirical foundation. For example, while ballot access laws have become much more difficult over the twentieth century, these laws, contrary to popular perception, have had little impact on how many third-party candidates get onto ballots. Similarly, an idea that many political scientists subscribe to, fusion (or the co-nomination of a single candidate by multiple parties) was never widely used as a strategy in American elections, and therefore its prohibition could not have had much of an impact on third-party success, as we have been led to believe. I also found that requiring major parties to nominate candidates through primary elections did not undermine third parties by absorbing electoral opposition into the Democratic or Republican party, as many have theorized. (For example, Wisconsin and Minnesota, two of the earliest states to require primaries in congressional elections, respectively in 1901 and 1903, were also among the few states to have still had strong third parties well into the 1940s.) My research also shows that even though cooptation (or when major parties undermine third parties by stealing their issues and rhetoric) can explain how the Democratic or Republican party ended specific third-party threats before 1920, it fails to explain why newer third parties did not emerge and threaten the major parties in the decades after 1920. Indeed, most current political theories and explanations regarding the trajectory of US third parties have fallen short in their respective analyses.

Instead, we have witnessed third parties gain their greatest successes when the major parties within a traditionally two-party system become highly polarized, and especially when at least one party takes extremist positions. For example, during the 1940s and 1950s, when both the Republican and Democratic parties were moderate and open to compromising with each other, third parties had largely disappeared. But as the Democratic and Republican parties have polarized since the late 1960s, third parties have slowly been gaining ground. In 1962, for example, third-party candidates ran in only 8% of House districts, and half of those districts were in New York State. By 2000, though, there were third-party candidates in over 70% of House districts, a level not reached since 1916. Since then, on average, third-party candidates have run in approximately half of House districts, with that activity being especially high west of the Mississippi River. 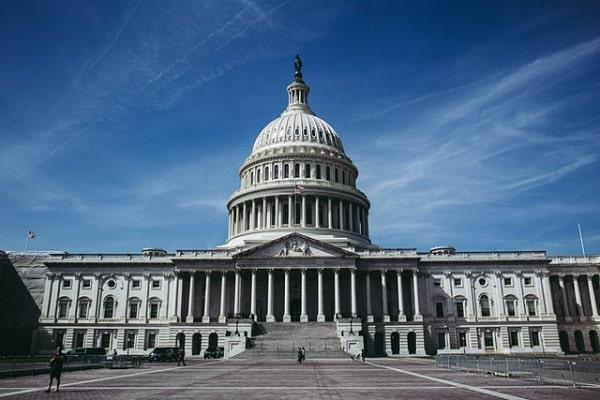 Photo by Alejandro Barba from UnSplash

This long-term relationship between third-party strength and partisan polarization helps make the current divisions in the Republican Party less surprising. The recent impeachment of Donald Trump has exposed deep divisions within the GOP, where on the one hand Trump’s base remains energized, while on the other the party’s shift towards populism is ending up alienating many moderates, traditional conservatives, and independent voters. Despite having lost a presidential election when the Republicans otherwise gained seats in the House, the Trump faction remains emboldened enough to stake a claim on the party, including by issuing direct threats to Trump’s dissenters, and for Donald Trump Jr. to proudly proclaim it to be “Trump’s Republican Party”. There have been reports of Republican officials meeting to begin discussing forming a traditionally conservative third party to challenge the GOP.  Indeed, the insurrection at the US Capitol on January 6, which had followed inflammatory comments by then-President Trump and his ardent supporters, along with the sharp divisions among Republicans in responding to that violence has exposed a major crisis that the GOP faces today. This is foreshadowed in what I had written in Demise and Rebirth:

Indeed, the first Trump presidential term is a moment of considerable uncertainty in American politics. It is not clear, for example, whether the Republican Party can remain intact, or whether it will split between its populist and traditional conservative wings. A party split fueled by internal wars over severe policy divisions and by Trump’s brash leadership style could easily echo the divide that led Roosevelt’s Progressives to leave the Republican Party in 1912. Even without a split, the intensity of these divisions may produce an opening for the Libertarians or another third party on the right to gain the support of disenchanted Republican voters. That possibility is increased further by high levels of partisan polarization, since Republicans unhappy with their own party will be less likely to consider Democratic candidates a viable alternative than they would have been a few decades ago. (Tamas 2018, 3)

The current divisions in the Republican Party mirror those found within the GOP in the early 1900s. The party was then divided between a reactionary wing, headed by House Speaker Joseph Cannon, who ran the House of Representatives with an almost authoritarian iron hand, and a more progressive wing that was being largely marginalized. In 1912, that progressive wing, led by Teddy Roosevelt, split from the Republican Party and joined the Progressive Party, which was one of the most successful third parties in American history. While this move undermined the Republicans’ electoral prospects in the short-term — even Cannon lost his House seat — it nevertheless also helped usher in progressive reforms that pushed the Republican Party towards becoming more moderate.

In other words, while many political scientists assume that the American two-party system remains unchallengeable, even sacrosanct, and that a rightward shift within the Republican Party is destined to continue unabated, my research shows that there exists a viable, alternative possibility. There is a great deal of pressure within the current Republican Party that may lead it to split and for a third party to arise and contest the GOP from either its center or far-right wings. That particular third party may not even exist for a long period — the Progressive Party, for instance, had lasted for only a decade — nor would that party need to necessarily produce a multi-party system or even win any elected positions. It also does not matter if that third party is a traditional conservative party rejecting the Trump wing or a MAGA-type party led by Trump or his imitators. The value of a third party at this juncture would be that its very emergence and siphoning of votes, even without winning seats, could end up disrupting American electoral politics enough that it forces the GOP to course-correct and moderate itself, thereby helping safeguard American democracy.

The Demise and Rebirth of American Third Parties: Poised for Political Revival? 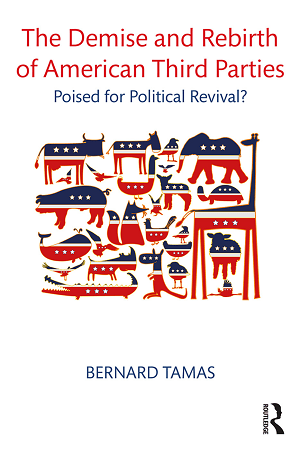 This book challenges that orthodoxy by explaining the (temporary) decline of third parties, demonstrating through the latest evidence that they are enjoying a resurgence, and arguing that they are likely to once again play a significant role in American politics.

Dr. Bernard Tamas is an expert on elections, electoral bias, and US third parties. He is Associate Professor of Political Science at Valdosta State University. He was a Postdoctoral Fellow at Harvard University, Visiting Research Scholar at Columbia University, and a Fulbright Fellow to the Central European University in Budapest, Hungary. Dr. Tamas’s current research on electoral bias in US elections is funded by the MIT Election Data and Science Lab and the American Political Science Association. His most recent book is The Demise and Rebirth of American Third Parties (2018). He is a frequent political commentator on current issues and has been interviewed by ABC News (US), CBS News (US), CBC News (Canada) and RFI (France). He has also published with The Washington Post.