With COVID-19 spreading rapidly through the peoples of Brazil, communities came together to fight it in the Brazilian way. In this blog Elisa Macedo Dekaney, author of Music at the Intersection of Brazilian Culture, explores how these communities fought back against the virus.

Although Brazil is one of the most culturally diverse countries in the world, it continues to struggle to provide the social and economic support needed to promote equity for all citizens. Marked from the beginning of its history by Indigenous annihilation and African slavery, Brazilians from underserved groups struggle to make ends meet, to break the cycle of poverty, to have access to education, and to dismantle systemic racism. Like in most of the world, the 2020 global pandemic exacerbated social and economic disparities in Brazil. Nonetheless, as it has happened several times throughout history, Brazilians have created a way to subvert the status quo with the jeitinho brasileiro or Brazilian way.

The term jeitinho brasileiro can signify a means to fix things. In his book, Brazil on the Rise: The Story of a Country Transformed, Rohter (2012) explained that the term is “usually used figuratively to describe the skill required to maneuver around the laws or social conventions that prevent you from achieving an objective” (p. 34). While it can be used to subvert a system in order to access privilege (e.g. paying a bribe to a host in a restaurant to bypass the waiting list and get a table before everyone else), it can also be used in a positive way, as a means to overcome difficulties, to rise above challenges. I would like to share two positive examples of jeitinho brasileiro that demonstrate how communities in Brazil have come together to identify ways to save lives and curb the COVID-19 outbreak. When the federal, state, and local governments failed to have a cohesive strategy to curb the spread of the virus in the country, these communities leveraged their limited resources and called on everyone to protect each other.

Indigenous groups in Brazil have long fought to protect their land and their right to survival. The coronavirus in Brazil disproportionately affected Indigenous populations. The Associação dos Povos Indígenas Brasileiros (The Association of Brazilian Indigenous Peoples) estimate that the global pandemic has affected 163 Indigenous groups infecting 54,000 and killing more than 1,000. Abandoned by the government, the Kuikoro, who inhabit the area along the Xingu River (a tributary of the Amazon) decided to take matters into their own hands in their fight for survival. They fought the global pandemic with reliance on scientific knowledge and collective financial help. The Kuikuro, relying on oral accounts of how their ancestors survived a measles outbreak, embraced scientific recommendations on how to combat the coronavirus, a view contrary to the practices adopted by the federal government. Early in 2020, the Kuikuro implemented lockdowns in their villages and developed fundraising campaign through social media within and outside their communities. They raised over $10,000 US dollars to purchase medication, protective equipment, and oxygen tanks. Additionally, they built an improvised clinic to treat the severely ill. Because of their reliance on science to dismantle misinformation and on community support to treat and isolate the ill, only 160 of the 900 Kuikuro were infected and there were no COVID-19 related deaths. Other groups also relied on science and the ability to lean on each other to survive the pandemic.

Favelas are low-income communities, usually populated by Afro-Brazilians who settled in federal and state land, in large urban centers such as Rio de Janeiro, São Paulo, and Salvador. In the favela da Maré, located in Rio de Janeiro, the Conexão Saúde (Health Connection) program implemented strategies to fight the pandemic developed collaboratively with the community, scientists at Fiocruz Foundation, and a few NGOs. While the city of Rio de Janeiro was struggling with a collapsed health care system and high mortality rate, the program reduced COVID-19 related deaths in the community by 90%.

The Conexão Saúde program was launched in July 2020 and proposed the implementation of four main strategies: 1) free access to COVID-19 testing; 2) dissemination of scientific information through a communication campaign; 3) free access to telemedicine appointments for physical and mental health; and 4) accommodations for proper isolation of individuals who tested positive for the virus.  Additionally, those who tested positive received a kit with hygienic products and oximeter to monitor the infection progress and food for the fourteen days required for quarantine. A large number of the population of favela da Maré, which is mostly of black and brown individuals, work in the informal economy without access to a steady paycheck; providing food for those unable to work was a pivotal strategy of the program.

Implementing self-isolation is an unsurmountable task in communities like favela da Maré. The small living spaces in these communities usually house several members of multigenerational families. The Conexão Saúde volunteers worked with each individual family to isolate those who were infected and to identify alternative housing for those who were not. With this intervention, they were able to keep 96% of those enrolled in the program at home for 14 days isolated and properly fed, which greatly reduced the coronavirus transmission. After 15 weeks of implementation, the Conexão Saúde program assisted in reducing 87,9% of COVID-19 related deaths in one of the largest favelas in Rio with more than 140 thousand inhabitants.

This ability to overcome challenges and difficulties when the Brazilian government and society at large fail to protect their citizens, is a clear example of how communities find a way to survive and to be resilient, a positive example of jeitinho brasileiro. Similar to how Afro-Brazilians developed capoeira to subvert slavery and gain spiritual and physical strength, the Kuikoro and the folks from favela da Maré found a way to come together and protect their communities to survive a global pandemic.

Music at the Intersection of Brazilian Culture

Music at the Intersection of Brazilian Culture takes an interdisciplinary approach by utilizing several aspects of Brazilian music, race, and food as a window to understanding Brazilian culture, with music at the core. 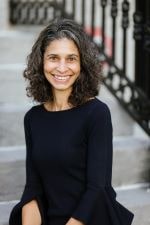 Elisa Macedo Dekaney is professor of music education in the School of Education and the College of Visual and Performing Arts at Syracuse University. She is the author of Music at the Intersection of Brazilian Culture: An Introduction to Music, Race, and Food published by Routledge.