Resilience in the face of climate change and other ecological threats implies the ability to survive and bounce back after a crisis. At the scale of the city, it is about the ability to cope with challenge and adapt without sacrificing the population’s health.

This article takes knowledge from Hugh Barton’s book City of Well-being to provide innovative solutions to bettering our local urban environments, to make them healthy and sustainable places to thrive.

We focus on poor air quality as the most significant environmental health risk in rich countries and cities in intermediate countries such as China and India. It is caused by urban activity – particularly industry, transport and energy used by buildings – and mitigated by green environments.

Traffic is now the main cause of poor air quality in many cities. The unhealthy impacts of air pollution are greater in urban areas with high traffic levels, high built densities and lower air dispersal characteristics. There is a complicated balance of conflicting parameters: more compact urban areas reduce the amount of per capita travel but at the same time tend to increase the density of traffic and the level of congestion which in turn increases pollution. The concentration of foul air tends to be worst in heavily trafficked ‘canyon streets’, where the solid phalanx of buildings on either side does not allow rapid dispersal of vehicle exhaust. In new developments, canyon traffic streets can be avoided by effective urban design. Reducing local air pollution from traffic goes hand in hand with strategies for promoting active travel and reducing carbon emissions.

Where cities have successfully created urban environments that encourage people to travel by low energy means, then traffic levels are moderated, and the frequency of congestion reduced. Traffic flowing smoothly at a moderate speed is less polluting than constant start/stop. The move towards electric vehicles could also cut local pollution and should be promoted, with implications for the location of charging points. But of course, the effect on carbon emissions depends on the source of the electricity.

Did you know: The World Health Organisation estimate that 4.2 million people across the world die prematurely per annum as a result of air pollution.

Green infrastructure has a key role in mitigating air pollution. There are natural processes that purify the air, given the chance. Urban vegetation acts to reduce ozone pollution, absorb sulphur dioxide and remove dust, including heavy-metal particles, from the atmosphere. Soil micro-organisms reduce the amount of carbon monoxide. While plant and tree species vary in their tolerance of pollution, there are very valid reasons for reforestation of the urban environment. The whole shape and character of the city affect the ability of nature to work effectively. A green urban environment brings other benefits to which earlier chapters have alluded: moderating temperature extremes, improving the sense of well-being. We observe heat islands in cities where the ambient air temperature is several degrees higher than in the surrounding countryside. Increasing the percentage of urban areas covered by vegetation and water permits excess heat and pollution domes to be ameliorated. Cities need to breathe. Linear parkways, green lungs and water bodies that break up the continuity of hard urban development promote climatic moderation and purer air. In addition, tree planting and living green surfaces throughout the urban area, creating a fine green mesh, assist the dispersal of pollutants and heat.

Water problems are likely to be exacerbated by climate change, with some areas suffering water shortage, others subject to more violent storms and increased flood threat. Water management is not simply an engineering issue, but a matter for planners, urban designers, landscape architects – and the users. 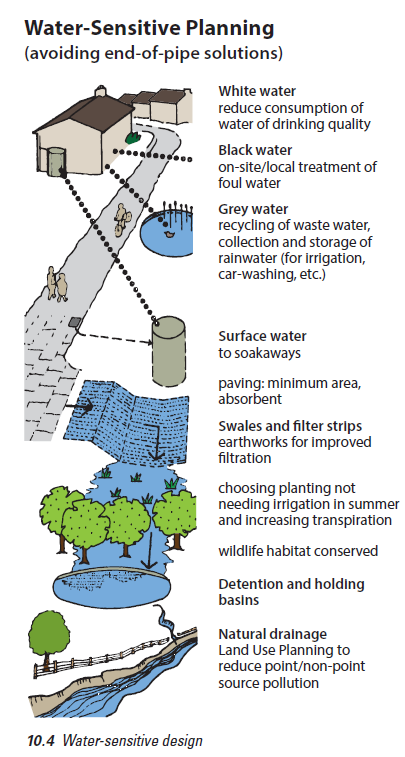 Urban surface water drainage illustrates this point. In the natural water cycle, rain is absorbed by vegetation, percolates into the ground to recharge the underground aquifers, or runs down streams and rivers at a rate moderated by vegetated banks and flood plains. In the standard urban situation, vegetation and earth have been replaced by the impermeable surfaces of roofs, roads and car parks. The speed of run-off is far faster. Surface water is piped away to streams and rivers, which are then much more liable to flood at times of storm – a problem further exacerbated if the water courses themselves have been canalized, speeding the water downstream. At the same time the local ground water supplies are contaminated by vehicle oils, pesticides, fertilizers and urban detritus, and may not be fully replenished, threatening the longevity of wells. This is foolish planning, increasing risks and distorting a natural process on which we all depend. Water-sensitive planning within settlements needs to address all stages of the water cycle.

Our innate affinity with nature runs deep, we need nature for mental well-being. Plants are the basis of all life on Earth – producing oxygen, sequestrating carbon, through photosynthesis providing the food and habitat that all animals depend on. Plants, especially trees, help regulate the flows of water in streams and rivers, purify the air of pollutants, and moderate local climatic extremes. Humans and all creatures live in symbiotic relationship with the plant world. Yet our actions too often belie our interdependence and our affinity. Nature conservation is often a very popular cause where mature trees, furry animals or raptors are concerned. But nature is all too easily marginalized in practice when development pressures are on. It is vital not to see wildlife policies as fixed in aspic, or just for specific sites. Nature reaches into unexpected places and is forever evolving and will do so more in the future as climate changes. Local wildlife opportunities include:

Buildings can be designed with green roofs (with urban cooling and water retention as well as habitat benefits), and nesting opportunities as part of the building structure.  This Dezeen article showcases 10 plant-covered buildings that point to a green future. Open spaces and roadside verges can be managed so as to upgrade habitat quality, with maintenance regimes designed to encourage wild flowers, and planting of native shrubs and trees.

The traditional pattern of food grown around settlements and thence direct to households has been replaced in richer countries by industrialized agriculture, international trade, and pre-packaged meals. People are estranged from the earthy reality of food production. In reaction, there has been an explosion of interest in independent and community food ventures. Local food systems not only give easy access to fresh food and encourage recycling of organic waste, they give participants physical exercise, contact with growing things and, in many situations, convivial human contacts.

Did you know: in 2016, 815 million people across the globe were undernourished, and many more suffer from nutrient deficiencies. At the same time nearly two billion people were overweight and obese.

The implications for spatial planning are significant and radical. Past practice has tended to see provision of allotments (for example) on land left over after planning – awkward sites, slopes, fringe locations. In Odense, Denmark, allotments provide an attractive area adjacent to blocks of flats, offering an important outdoor social focus for residents; in Vancouver, housing co-operatives have been surrounded by gardens and horticulture with great effect. Key to such initiatives is community control and responsibility.

It is essential to treat climate, air, water, land and biodiversity as environmental assets which need to be treasured, safeguarded and replenished if depleted. We must do this not simply out of love of nature, but for our own long-term health and well-being. This article only scratches the surface on the potential of urban planning in the race to become sustainable. For more information, check out Hugh Barton's City of Well-being. 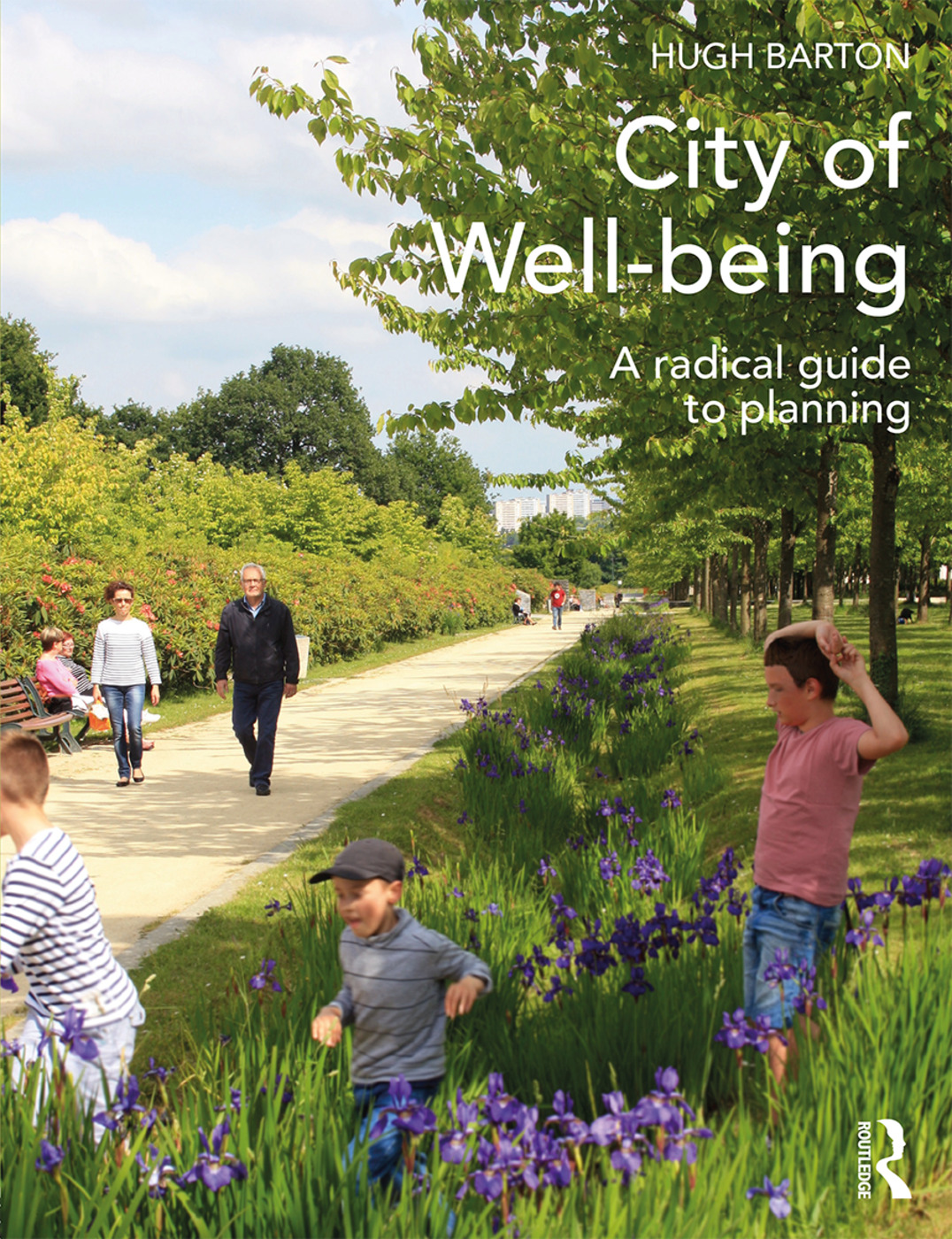 City of Well-being provides a radical and holistic introduction to the science and art of town planning. It starts from the premise that the purpose of planning is the health, well-being and sustainable quality of life of people. It is both authoritative and readable, designed for students, practitioners, politicians and civil society. 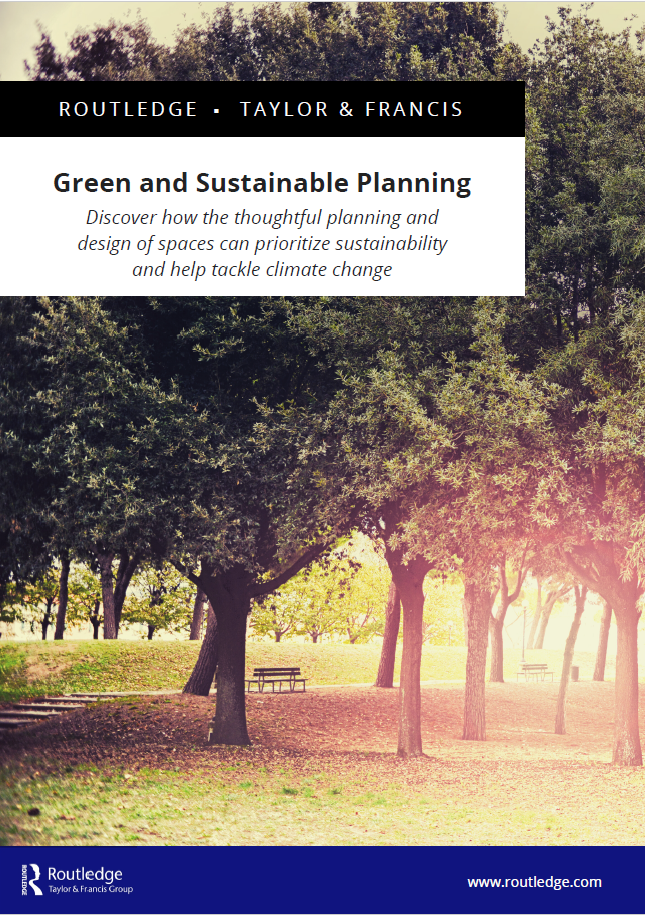 Climate change and sustainability are regulars at the planning meetings across all sectors, and urban planning is no exception. This guide contains chapters from three leading books in the field of urban design, and takes a look at what we can do to future-proof our urban landscape.

Get your chapter sampler today