Written by Christopher Kilmartin, an emeritus college professor, author, stand-up comedian, actor, playwright, consultant and professional psychologist. He is the author of The Fictions that Shape Men's Lives.

When I ask students in my General Psychology class if there is a connection between media portrayals of physical aggression and actual violent behavior, many, without hesitation, simply answer “no.” “What tells you that?” I ask. Generally, the responses take the form of stories about they and/or people they know who consume violent media and have never been violent.

Obviously, watching American Psycho or its ilk is not going to turn all viewers into serial killers. But does that fact mean that violent media has no effect at all on anyone? As my classroom discussion proceeds, I remind the students of two broad goals for the course:

Do we have research on the effects of violent media? Yes—at least 60 years of it. In the 1950s and 1960s, the United States began to see an exponential rise in the number of homes that had at least one television in them, and that increase has obviously continued, and beyond television, in much of the developing world. Shortly after television became nearly ubiquitous, behavioral researchers began to investigate the effects on exposure to aggressive programming. The body of research on violent media includes the following:

What’s the big deal about ten percent? Although violence is a low-frequency behavior, it is one with extreme consequences: physical and psychological injury, and even death. If media violence is associated with 1100 acts of physical aggression instead of 1000, the effect is small but very important.

So, what should we do about it? Ban all violent media?

I do not advocate banning anything, although we would do well to limit exposure to young children. At very early ages, they cannot even distinguish between a television program and the commercials that accompany it, and early exposure is another risk factor. But we can teach children media literacy by helping them to identify the stories being told and helping them to generate alternative narratives. More specifically, we can help children to:

Why is violent media so prevalent? Obviously, because it sells. Also, we live in an entertainment culture where stories must be mass produced, and every story needs an element of tension. A writer can produce instant tension simply by putting a gun in a character’s hand. There are many more creative ways to produce story tension, and in fact, viewers prefer stories that are well-told without the elements of violence.

The other thing we need to understand is that buying a movie ticket or turning on a certain television program is a political act. I can tell the difference between myself and a mean “professional wrestler,” but I am not sure that an 11-year-old can, and the more I watch this so-called sport, the more will be produced, and the more 11-year olds will see them. (I put “professional wrestler” in quotes because “professional wrestling” is not professional, nor is it wrestling.) We will see a sharp reduction in violent media when it becomes less profitable. It is incumbent upon all of us, the vast majority of whom are never violent, to take seriously what we are promoting with our money.

The Fictions that Shape Men's Lives 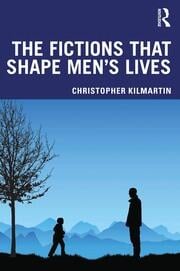 The Fictions that Shape Men’s Lives is structured around a number of key ‘fictions’ of masculinity, such as beliefs in biological determinism, the inevitability of men’s violence and the opposition of the sexes, and proceeds to expose them to be wholly or partially unfounded. 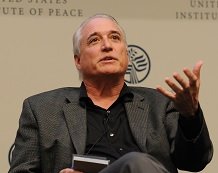 Christopher Kilmartin is an emeritus college professor, author, stand-up comedian, actor, playwright, consultant and professional psychologist. He holds a Ph.D. in Counseling Psychology. He has written five books on men and gender, some in multiple editions. Drawing on his background as a professional stand-up comedian, Dr. Kilmartin wrote and acted in a solo theatre performance on men's issues entitled Crimes Against Nature, an integration of his scholarly and performing interests, which has toured to over 150 campuses and other venues. Dr. Kilmartin served as a consultant for three years with the United States Naval Academy in sexual assault and harassment prevention. He was Distinguished Visiting Professor at the United States Air Force Academy in 2013-14. In 2007, he was the Fulbright Distinguished Chair in Gender Studies at the University of Klagenfurt, Austria. He is an internationally-recognized expert on gender, violence prevention, diversity, and inclusion.