A long-standing debate in the field of law and society concerns the role of law, broadly defined, in disputes between two fundamental groups at opposite ends of society. They go by various names: the “haves” and the “have-nots,” the powerful and the powerless, the rich and the poor, the ruling class and the downtrodden. Whatever terms we use for these two groups, law historically and currently has played a key role in the conflict between them.

In the field of law and society, pluralist theory (or pluralism) says that law and the state act as neutral referees over this conflict, ensuring that both sides vie on an equal playing field and that their legal rights and privileges in American democracy are fully observed. In contrast, conflict theory says that law and the state act, consciously or not, to ensure that the powerful usually defeat the powerless in the legal and political arenas. There are many examples to support either side in this debate, but one might say the weight of the evidence clearly supports conflict theory overall.


Of the many examples I could cite here, one that I always emphasized to my law and society students during my career was the rise and use of the labor injunction to quell labor protest in the late nineteenth century. When the labor movement arose after the Civil War, it used strikes as a common tactic to force concessions from management. When states passed laws prohibiting striking, workers were arrested simply for striking, however peaceful their behavior otherwise was. Fortunately for them, they were often tried by juries that sympathized with their situation, and these juries often acquitted them. Management responded by convincing judges to issue injunctions prohibiting striking. When workers still went on strike, they were now arrested and jailed not for striking, but for contempt of court in violating the injunction, with no jury trials permitted in such contempt cases. In this way, and supporting conflict theory, management was able to use the law as an effective tool against labor.

The answer is that we are now seeing new evidence for conflict theory’s side in this debate. This evidence comes from the many anti-protest laws that states across the country are considering or already enacting . These laws are a response to the wave of Black Lives Matter protests that arose in the summer of 2020 after the police murder of George Floyd in May of that year. The laws are designed to punish people for exercising their rights of freedom of speech and peaceable assembly and otherwise to make it difficult for them to exercise these rights. Not coincidentally, the states passing or considering these laws have Republican-led legislatures, whose political sympathies certainly run counter to calls for racial and social justice. Although these legislatures call their effort “anti-riot” legislation, the laws being passed or considered target peaceful protest as well and ultimately are trying to make it easier for police to arrest peaceful protesters, including by making it easier for behavior and gatherings to be defined as a “riot” under state law .


One of the most appalling examples in this multi-state effort at legal repression comes from Florida, Iowa, and Oklahoma, which have passed (Florida) or are considering bills that substantially protect drivers who hit and injure protesters in the streets from criminal charges and/or civil liability. As one headline put it, “State-level Republicans are Making It Easier to Run Over Protesters.” Florida’s new legislation also turns misdemeanor offenses for certain protesting behavior into felonies and specifies a possible 15-year prison term for toppling Confederate and other monuments. An official with Florida Rising, a social justice group, rightly observed that Florida’s new legislation is “a tactic to silence our voices,” while an official with Florida’s American Civil Liberties Union said that the state’s new legislation “criminalizes peaceful protest.” In a related action, Kentucky’s state senate passed a bill that makes insulting or taunting police officers a crime and specifies that anyone arrested for this crime be held without bail for at least 48 hours, a penalty absent in the state for arrests for arson, murder, or rape.


This wave of proposed or enacted legislation provides stark support for conflict theory’s view of the role of law in the struggle between the “haves” and “have-nots.” At first glance, this legislation might seem to have nothing in common with the rise of the labor injunction in the late nineteenth century. But in these two important eras in American history, the law was then and is now a tool for the “haves” to criminalize protest for social and racial justice. In the perennial debate between pluralism and conflict theory, conflict theory once again comes out ahead, an outcome that is certainly no cause for celebration for anyone whose sympathies lie in that direction. 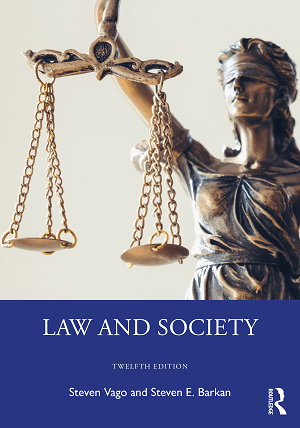 This new edition of the landmark text Law and Society exposes readers to the dominant theoretical perspectives and sociological methods that are used to explain the interplay between law and society. This twelfth edition continues to preserve Professor Vago’s voice, while Steven E. Barkan’s use of chapter outlines and summaries, learning objectives, key terms, and additional readings maintains the text’s accessibility for today’s readers. The book’s foundational approach is brought fully up-to-date with current events and new studies throughout that illustrate how legal forces shape and influence society, and vice versa. 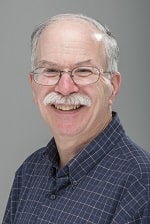 Steven E. Barkan is Professor Emeritus of Sociology at the University of Maine. He is sole author of the second edition of Law and Society: An Introduction and co-author, with the late Steven Vago, of the most recent twelfth edition of Law and Society. His teaching and research interests include criminology, sociology of law, and social movements. In addition to his many publications in these areas, Professor Barkan is past president of the Society for the Study of Social Problems (SSSP) and has held official roles in the Law Sections of the American Sociological Association (ASA) and the SSSP.