Written by Ulka Anjaria, Professor of English at Brandeis University and author of Understanding Bollywood.

Every September, the Film Federation of India chooses one of the year’s releases to represent India at the Oscars. That title gets sent to the Foreign Language Film Award Committee in Los Angeles (now called the International Feature Film Award Committee), the body that chooses the five nominations for the coveted Oscar. Indian films have made it into the final five only three times: Mother India in 1957, Salaam Bombay in 1988, and Lagaan in 2001. None of these films won the award. Yet despite this history, every year the announcement of the national nominee is greeted with excitement by Indian film critics. “India’s Official Entry to the Oscars!” billboards scream.

And every year there is disappointment among these same critics when the chosen Indian film fails to gain the nomination. Some critics blame the problem on Indian films. But really, the problem is with the Oscars and their narrow vision of what foreign films have to offer.

Last year, the Academy’s Best Foreign Language Film award changed its name to the Best International Feature Film award, responding to criticisms that the term “foreign” is othering rather than inclusive. But this name change masks a deeper reality, which is that the foreign films nominated rarely diverge from the New Wave-influenced aesthetics of contemporary independent cinema. It is well-known that the majority of nominations and winners in this category come from Europe. But it’s not just origin – it’s genre. For that’s the thing about Bollywood – not only is it a massive film industry with a huge fan following, but it actively refuses the aesthetics of “global” filmmaking that have come to characterize international film-viewing in the United States.

In the United States, watching a foreign film is seen as an erudite enterprise. The Foreign Language film category largely reflects that, recognizing films by directors such as Alfonso Cuarón and Pedro Almodovar who are working to advance the avant-garde film traditions of their home countries. But Bollywood films lie completely outside of this foreign film aesthetic. For one, they are mainstream. They speak not to the Film Forum set but to the raucous, noisy super-fans – women, men, children, aunties – who make up the Bollywood fan universe. And Bollywood films are homegrown; they have no interest in interpreting “Indian society” for first-world viewers. The stories are formulaic and the plots melodramatic; good and evil are distinct, and there is little character interiority, offering the comfort of poetic justice and the good guy winning at the end almost every time. What makes them pleasurable is not their originality but their timelessness, in addition to their intense emotive pull, their melodramatic spectacle, dramatic song-and-dance sequences that involve changing settings and costumes several times within a sequence, and the moral centrality they give to passionate, all-consuming love. More is better in Bollywood – with grand sets, stunning costumes and beautifully choreographed dances. Predictability is its forte. It’s a cinema not of realism, but of high emotive intensity and cathartic moral resolution. It is these attributes that give Bollywood a massive fan following and hundreds of millions of adoring viewers across class, religion, gender and age.

But these are not the criteria that make a film Oscar-worthy. Even Lagaan, a Bollywood blockbuster that did get chosen for the top five in 2001, was praised by a New York Times reviewer for being a “somewhat denatured version” of the real Bollywood, meaning that “there are none of the cameo appearances by Hindu gods and goddesses that Western audiences find off-putting” and “the bouncy pop score… avoids the higher registers that sometimes sound shrill to Western ears.” Leaving aside the content of these strange observations, which suggest that the reviewer has not seen many other Bollywood films, the fact is that Lagaan was wildly popular when it came out and received dozens of awards in India that year, including the Filmfare Award for Best Film, and nevertheless the reviewer’s commentary suggests that only when a Bollywood film breaks boundaries and moves away from the genre’s conventions will it find success abroad. The clear preference in the west for foreign films that match certain American presumptions about the role foreign cinema should play in serving the sophisticated tastes of its most educated class ends up precluding the inclusion of the actual films that non-American audiences watch.

Changing the name of the award from Foreign to International is clearly not enough. Recognizing the breadth and diversity of global film production means being open to a range of genres, aesthetic styles and narrative strategies, not only those that please art-film enthusiasts back home. Until then, a Bollywood film has no chance at the Oscars. 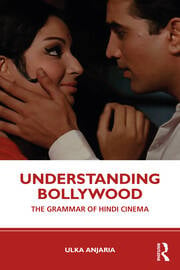 This book offers an introduction to popular Hindi cinema, a genre that has a massive fan base but is often misunderstood by critics, and provides insight on topics of political and social significance. 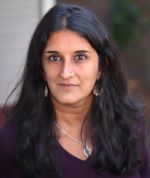 Ulka Anjaria is Professor of English at Brandeis University, where she writes and teaches on South Asian literature and film. She is the author of Realism in the Twentieth-Century Indian Novel: Colonial Difference and Literary Form (2012) and Reading India Now: Contemporary Formations in Literature and Popular Culture (2019), and is the editor of A History of the Indian Novel in English (2015).