Why do people write essays? Why has essay writing become a key part of student assessment? In this blog, Johnny Rodger, author or Key Essays: Mapping the Contemporary in Literature and Culture , explores these questions and asks why the essay form is so important.

The Essay as tried and tested Form that Everyone Knows

Everyone is familiar with the essay as a form. It plays a central role in our education -especially so in the Arts and Humanities. Students use it for exploration and demonstration of their knowledge and understanding of a topic. It is widely employed for assessment and examination by teachers. It also plays a central role in our learning and our general reading in terms of its use as a vehicle for the dissemination of new research, theses, proposals and theoretical work.

For all that, not much theoretical discussion is ever given to the form itself. We all know something of its origins with Montaigne; his provocations and explorations of his subjectivity – but beyond that ..? Of its subsequent history, development and adoption as the academic form there appears to be little interest. Sure, the student can go to ‘student support’ to learn the formats and to practice writing the optimal essay in whatever topic, but rarely is there any thought given to its efficacy as an educational tool, the significance of that ‘central’ role it plays in organising knowledge and approaches to knowledge, nor to its possible and actual effects on controlling, setting and containing the scholarly and intellectual horizons. The essay indeed, has always been conceived not just as the shorter, but as the lesser valued form in comparison with the thesis, the dissertation and the full-length monograph.

Yet the Essay is making a comeback

In recent years -if not decades – however, the essay has arguably come to a new prominence. For immediate evidence of new interest in the form we can turn, for example, to Brian Dillon’s Essayism a delightful book-length meditation on the form published in 2017, elegiac on the paradox of both the ‘mastery’ and the ‘partiality’ of the essay. Admittedly Dillon’s book deals particularly with the ‘literary’ essay, rather than the ‘scholarly’ type. Of course, the difference between these two types is never precisely clear-cut. - Is the philosopher Derrida’s 1999 essay ‘The Animal that Therefore I am’, for example, of the ‘literary’ or ‘scholarly’ type?  A full-length book could be written on that question alone. Although, perhaps just to keep it blog-size, I could suggest that for the literary essayist, the question of style – not unrelated to that of the ‘partiality’ mentioned above – might figure more strongly…

Revival of the Essay empowered by the Research Exercise?

At any rate there is also evidence for the thriving of the more scholarly essay and its role in academia and intellectual life in general. It would seem that this could be partly a result of the institution of Performance Based Research Funding Systems – like the REF in Britain – from the 1980s onwards. These national systems have obliged academics to demonstrate their competence via regular publishing of papers. Publishers have capitalised on this new culture (not least through the practice of not paying academics for their work and by charging very high prices for journals to academic libraries), and the production of academic journals, where essays are published, has flourished. The question of the value of the work in these publications and the standards to which they adhere has been widely debated. The point here though, is that there is a thriving culture, which situation tends towards the likelihood that more good, innovative, healthy, interesting and fruitful work   - in this case in the essay form – will be published.

The Essay as a Tool for Interdisciplinarity and Intersectionality?

On the other hand, we might doubt whether such a governmental top heavy, bureaucratic push for production at the behest of quality control and, yes, a species of surveillance, really could be the prime mover in a creative cultural shift? Is it not indeed much more likely that a broader set of social and cultural factors have produced a demand for discourse where the bureaucratic environment, as above, has created conditions for supply (publication) capable of meeting that demand? In the digital age, culture undergoes swift change that demands the sort of rapid, easily published response possible with the essay (especially published online). Equally with these great and rapid changes we have seen the breakdown of disciplinary barriers. In an age of interdisciplinarity – and indeed, intersectionality – those operating in the Arts and Humanities can no longer simply hide away in their own secluded field. There are a whole range of issues and topics - such as posthumanism, racism, feminism, the Anthropocene, gender, neo- and de-colonialism, blackness, interspecies relations and so on – that impinge on every field and about which every scholar must be au fait and up to date. It would be near impossible for any scholar to read every single important book on each of those issues all the time -and this is where the culture of the essay can be important in its rapid updating and responding in short form to a continually shifting cultural dynamic.

The Essay as the Performance of the Contemporary

Yet would not all the above rationalisation simply be to reduce the essay, the form itself, to a mere expediency, a convenience, a happy accident of the times, even an ersatz? To reproduce, in sum, that prejudice which has long seen the thesis and the full-length book as the real scholarly thing, and the essay as lightweight, a whim, a set of summaries and partial truths for dummies and dilettantes?

Can the revival and new prominence of the essay simply be considered as an effect of the force of circumstance? Would that not be to overlook the intellectual and conceptual strengths of the form that afford us a particular positionality with regard to the bigger world beyond its tight limits? The essay is subject to limits of extent and content, its meanings and intentions may point in many further directions, but it must always nonetheless be self-standing, a valid contribution on its own. As Adorno writes in his own essay upon the essay form ‘Its totality … is that of something not total.’.  Montaigne himself set out to discover his own subjecthood anew in each fragmentary piece that he wrote as an essai through trialling what he could know on a certain topic (i.e. never complete objectivity).

If the contemporary era is one where we accept the simultaneous multiplicity of worlds and temporalities alongside the validity of decentred knowledge then is the strength of the essay for us not that it has made and continues to make this reality visible to us? In never pretending to the final word, nor to setting out from fixed identities, and in adhering to set limits of extent while paradoxically laying a small claim to universality, the best of recent essays from Fred Moten and Stefano Harney to Karen Barad, and from Eyal Weizman to Denise Ferreira da Silva – and many, many others – perform our contemporary condition before our hungry reading eyes.

Key Essays: Mapping the Contemporary in Literature and Culture

Any level of study within literature and culture requires an engagement with a wider scope of themes, issues and discourses, and these debates are often centred around key ‘essays’. This book examines a wide range of these essays on topics such as posthumanism, racism, feminism, necropolitics, the Anthropocene, gender, Global North/South, neo- and de-colonialism, universals, borders and limits, interspecies relations, blackness, cosmopolitics, epistemology, addiction. 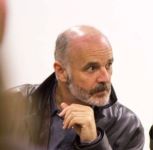 Johnny Rodger is Professor of Urban Literature at Glasgow School of Art. He has published widely including The Red Cockatoo: James Kelman and the Art of Commitment (2011), The Hero Building: An Architecture of Scottish National Identity (2015) and Spaces of Justice (2018). His latest publication, Key Essays: Mapping the Contemporary in Literature and Culture, is published in the centenary year of Raymond Williams. It was inspired in some part by, and engages with the heritage of Williams’ Keywords.