Congratulations to David Banks, Jesus Rios, and David Rios Insua, on being awarded the 2017 DeGroot Prize for Adversarial Risk Analysis by the International Society for Bayesian Analysis!

CRC Press is pleased to share with you our author Q&A session with David Banks, author of Adversarial Risk Analysis. David Banks obtained a Ph.D. in Statistics in 1984 from Virginia Tech. He won an NSF Postdoctoral Research Fellowship in the Mathematical Sciences, which he took at Berkeley. In 1986 he was a visiting assistant lecturer at the University of Cambridge, and then joined the Department of Statistics at Carnegie Mellon in 1987. In 1997 he went to the National Institute of Standards and Technology, then served as chief statistician of the U.S. Department of Transportation, and finally joined the U.S. Food and Drug Administration in 2002. In 2003, he returned to academics at Duke University.  He is a professor in the Department of Statistical Science, and also the director of the Statistical and Applied Mathematical Sciences Institute (SAMSI). 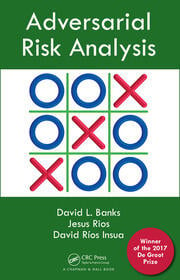 
Congratulations on the DeGroot Prize from the International Society for Bayesian Analysis of your book Adversarial Risk Analysis! What do you want your audience to take away from the book?
The main message is that game theory is a terrible guide for decision-makers in most situations.  Instead, one should model the strategic thinking of one’s opponent(s), and place subjective distributions over all other unknown quantities in the problem.  Then one can employ standard statistical decision theory to maximize expected utility.  This Adversarial Risk Analysis (ARA) approach can be viewed as an extension of risk analysis.

What inspired you to write this book?
There were two triggers. In 2006, I served on a National Academies panel to evaluate the risk analyses used by the Department of Homeland Security for counter-bioterrorism resource allocation. The methodology was deeply flawed, and an old army guy on the panel said “If any of us had done these analyses, we’d be guilty of treason or fraud.”  That stuck with me.  And the following year, the Statistical and Applied Mathematical Sciences Institute had a program year on risk analysis, where I met my co-authors, David Rios Insua and Jesus Rios.  That started the conversation which led to the book.

What audience did you have in mind whilst writing you book?
We hope and believe that the book is accessible to people with MS degrees in statistics, economics, or mathematics.  And our goal is to reach executives, so that public policy formulation, military decision making, industrial regulation, and business competition become more realistic and effective.  Of course, we don’t expect CEOs to read the book, but we think the next level down should have a good understanding of the ARA basics and their implications.

Who has influenced you the most?
I am easily led, so I’ve been influenced by many people.  But I should certainly emphasize Morrie DeGroot among them---he was responsible for hiring me at Carnegie Mellon back in 1987, and his example showed so many facets of an academic life lived well.  He had fun ideas that advanced the field, he was loved by his students and admired by his colleagues, and he had a warm humanity that everyone felt.  I learned a lot from him about the kind of person I wanted to be, and I hope I have made some progress in that direction.  So winning the DeGroot award has special significance for me.

What do you feel has been a highlight for you, in your career?
This dates me, but in the 1987 movie Broadcast News, William Hurt’s character succeeds brilliantly, mostly through luck but with just a little bit of skill.  And he says “What do you do when your real life exceeds your dreams?”   That is pretty much how I feel, almost every single day.

What is the last book you read (non-academic)?
The most significant book I’ve read recently is Jerusalem, by Alan Moore.  It is 1400 pages long, and set entirely in Northampton, England.  Last month I visited Northampton, and walked all the streets he describes and visited the churches and pubs in the book.  I love living in a world where a dope-smoking high school dropout can write a novel so original and so intelligent that it places him on the same literary rung as James Joyce. 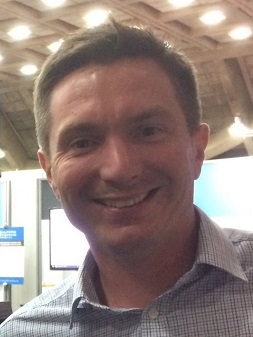 "This well-written and concise text is an introduction to the field of adversarial risk analysis (ARA), which is a form of decision and risk analysis which incorporates uncertainty and game theory to model strategies of an adversary…There is an appropriate amount of detail throughout the book, making it suitable for a reference text as well as a book which may be read cover to cover and it is both thought provoking and enlightening."