CRC Press is pleased to share with you our editor Q&A session with K. S. Birdi, author of Surface Chemistry of Carbon Capture: Climate Change Aspects 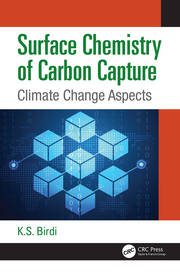 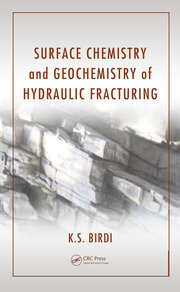 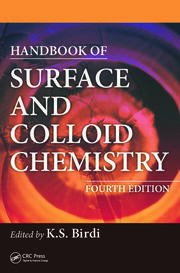 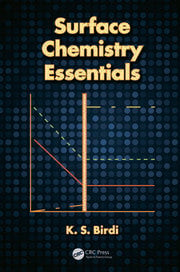 Congratulations on the publication of your book Surface Chemistry of Carbon Capture: Climate Change Aspects. What would you like your audience to take away from the book?

The aim of the book is to provide the reader with the most updated research information as regards the application of surface chemistry principles to carbon capture and storage (CCS) technology.

What inspired you to put together this book?

In the current literature there is a need for such a book which explains the essentials of the CCS and the climate change.

What audience did you have in mind for the book?

What is innovative about your research?

Surface chemistry is recognized to have many application areas in technology (washing & cleaning processes; oil & gas reservoir (including shale reservoirs) industry; foaming and liquid drop phenomena; adhesion and paint industry) and in biological phenomena (lung fluids; cell membrane structure & function). My research has mainly involved around the basic surface chemistry principles, and as well as applications of these investigations.

The inspiration I received from my instructors at university which lead to a research career.  The research in surface chemistry lead to many collaboration projects (both at national and international levels). Additionally, the interaction with various industrial projects was very exciting experience throughout.

Hilary LaFoe commissions titles in organic, green, medicinal and inorganic chemistry, environmental chemistry, sustainability, pharmaceutical science, drug discovery and delivery. She works with authors globally on a range of titles including textbooks, handbooks, encyclopedias, authored and edited volumes exploring the latest research, as well as books for professionals. Hilary has a long career in academic publishing and is always pleased to hear from new authors.