Read our interview to discover more about Brett Kahr's books: Bombs in the Consulting Room, Celebrity Mad, and On Practising Therapy at 1.45 A.M.

Congratulations on the publication of your recent books on Bombs in the Consulting Room, as well as Celebrity Mad, and, also, On Practising Therapy at 1.45 A.M.  What do you want your audience to take away from these books?

Although these three texts explore very different topics, ranging from dangerous patients to the transmission of psychological ideas in the media, I want to remind colleagues that, as mental health practitioners, we have the potential to work across a broad variety of canvases.  When I first trained many decades ago, I presumed that every mental health practitioner would be required to sit in a chair for ten hours per day, treating patient after patient, and that we might teach an evening seminar every once in a while, just to “shake things up”.  I do, of course, spend many days in practice treating ten patients in a row, but throughout my career, I have always endeavoured to devote some protected time to the dissemination of our consulting room insights into the wider community.  I would like that think that, collectively, these three books offer readers a panoply of the many creative potentialities which await the contemporary psychotherapeutic or psychoanalytical practitioner, from deep within the private office to the many potential spaces which lie beyond.

What inspired you to write these books?

The late, great psychoanalyst Dr. Brendan MacCarthy – one of the legends of British psychology during the latter part of the last century (and a deeply kind man to boot) – told me that one of his teachers, the venerable Dr. Wilfred Bion, had once exclaimed that when confronted with a really difficult, challenging, or even dangerous patient, the clinician has only two alternatives:  one must either terminate the treatment … or write about it!  Because clinical work, especially for those of us who toil in the forensic field, or the disability field, or with psychotic men and women, can often be truly exhausting, the very act of writing becomes a vital means of processing all of the hateful and traumatising affects which might spew forth from our patients during the course of a session.  Over the years, I have really come to love writing, not only as a means of sharing my decades of experiences with younger colleagues but, also, as a much-needed catharsis, which helps me to process some of the enormous burdens that we carry, caring for so many deeply troubled people.

Why are your books relevant to present day Mental Health?

I hope that one of my newly-published books, in particular, Bombs in the Consulting Room, will help to remind us that the good, old-fashioned “talking therapies” – whether formal psychoanalysis or one of its psychotherapeutic variants – actually work extremely effectively in the treatment of severe psychological distress.  In this era of short-term behavioural remedies and psychopharmacological prescriptions, many physicians and other health care professionals often overlook the possibility of referring patients to solid, “old school” psychotherapeutic practitioners who specialise in open-ended, long-term, deep characterological work.

How do you think the field of Mental Health is evolving today?

Having now worked in this profession for over forty years, I can confirm that, during my lifetime, I have witnessed an immense shift in a very positive direction.  When I first entered the field during the late 1970s, people often asked me, “Why do you want to spend your time with crazy people?”  Nowadays, everyone speaks about mental illness in a much more respectful and serious manner.  Indeed, when I tell people what I do for a living, most will respond, “Gosh, what an interesting job.  I wish I did something as valuable.”  So, I hope that colleagues and students will derive a sense of hope and encouragement that our once-marginalised, once-ridiculed profession has now become increasingly respected and infinitely more popular than ever before.  I certainly never suspected that a former First Lady of the United States of America and a grandson of the British monarch would ever admit publicly that they had benefited from the talking therapies!

As someone who spends much of his time in the nineteenth century, I must confess that no one has impacted upon my work more powerfully than Sigmund Freud.  Although many modern-day psychologists have little patience for the genius from Vienna, I became obsessed by Freud, while merely a young adolescent, and my passion for his contributions has grown and grown ever since.  Those who have never bothered to study Freud in historical context often do not appreciate how much he humanised the treatment of mental illness.  Back in the day, physicians used to chain their “insane” patients to the walls or floors of asylums or would clitoridectomise their hysterical patients and castrate their psychotic male patients.  Freud, in powerful contrast, simply provided a quiet, civilised, pleasantly furnished room in which his analysands could recline comfortably upon a couch and share their deepest secrets, without being judged.  In many ways, Freud became the first “hands-off” physician, and, in doing so, he allowed practitioners to study the troubled mind in a truly decent and non-harmful manner.

My next book has just appeared, in the spring of 2020, entitled, Dangerous Lunatics: Trauma, Criminality, and Forensic Psychotherapy, by Confer Books. This short tome examines the ways in which human beings have treated offender patients over the centuries, investigating how the field of criminal justice became transmogrified from one which sanctioned torture and execution to one which now champions more compassionate treatment, aided, of course, by the blue-sky contributions of the pioneering psychotherapists and psychoanalysts. I have also written several more titles for Routledge on a range of mental health topics.

I feel very privileged to have worked in the mental health profession for so many years.  Of greatest importance, I have had the honour to engage in ongoing psychotherapy and psychoanalysis with some truly admirable, honourable, goodly people who have committed themselves to the process of treatment with fervour and loyalty and who, in consequence, have benefited hugely.  I have also had the joy of collaborating with some truly wonderful teachers, colleagues, and students across the decades.

But, thinking more specifically about one particular “highlight”, a transformative moment does come to mind, in true free-associative fashion.  I shall never forget the thrill, when, as an extremely young student in my early twenties, I paid my very first visit to H. Karnac Books – the world’s only psychological bookshop – on London’s Gloucester Road.  I arrived round about midday and walked into a completely empty setting, with no other customers and absolutely no staff in sight!  This struck me as most odd.  I then noticed a tiny bust of Sigmund Freud at the back of the shop and I ambled in that direction, and there, to the right of the tiny statuette, I spied a dusty, rickety staircase leading to the basement.  With some trepidation, I walked down the steps, and, to my surprise and delight, I soon entered a veritable Ali Baba’s cave full of nothing but books on psychoanalysis.  The sole, elderly attendant introduced himself as none other than Harry Karnac – the founder and owner of the shop.  Little did I know that, more than a decade later, Karnac Books would publish my very first title, which launched my career as a book-writer.  I certainly never suspected that some thirty years later, the Taylor and Francis Group would purchase the Karnac Books backlist and that all the titles which I had already contracted would ultimately be published by Routledge.  Thus, I became, quite unexpectedly, although very pleasurably, a Routledge author, for which I feel very grateful indeed. 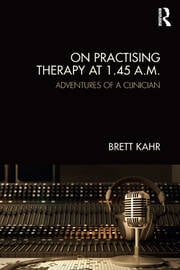 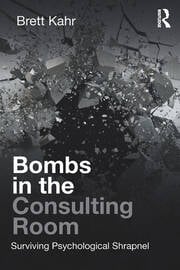 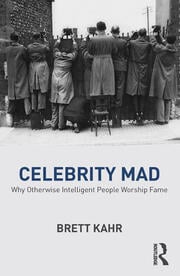 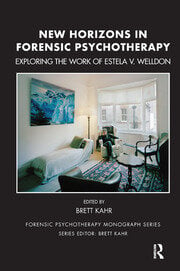 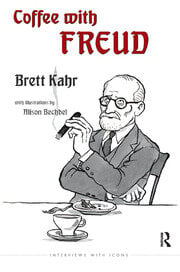 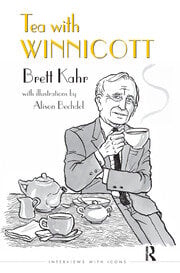 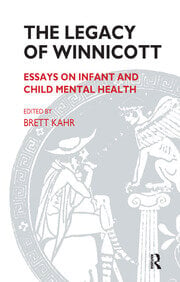 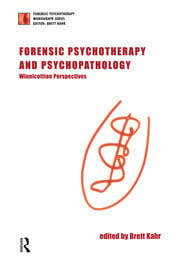 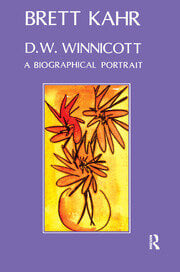