CRC Press is pleased to share with you our Q&A session with Mazin Gilbert, editor of Artificial Intelligence for Autonomous Networks 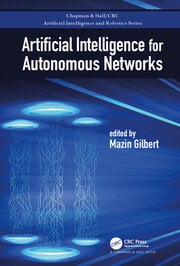 Congratulations on the publication of your book Artificial Intelligence for Autonomous Networks. What would you like your audience to take away from the book?

The communication network that carries voice and data around the clock is the most complex system on the face of the planet. It is the air that we breath, and without it, society will come to a standstill. This book is the first of its kind, juxtaposing two unique technologies and communities: Networking and AI. It provides a great review and novel insights of the role of AI in transforming the communication network into an autonomous network.

What inspired you to edit this book?


There are two important technical disciplines that have been evolving independently for decades, AI and networking. They hold different conferences and tradeshows. They publish papers in different forums. Students graduate with a degree in either discipline, but never both. Those two disciplines are much more complementary than most people realize. This book intends to marry those two disciplines. Bringing them together enables a new world of autonomous networks that accelerates the adoption of digital applications and services across every sector in the industry.  It is like the big bang!

How did you choose the authors who have contributed to the book?

I selected subject matter experts from eight companies who are pioneers in their specialized areas. Some are experts in software defined networks, while others are experts in AI, 5G and operation automation. Together, they have over 1000 years of professional experience. Bringing those experts together to contribute to the future of communication and autonomous networks is very unique and has never been done before.

Two Part Question: Why is your book relevant to present day? And How do you think this field is evolving today?

The explosion of the number of smart devices has given rise to an exponential growth of data and media consumption. AT&T, for example, experienced 360,000% growth in data traffic from 2007 to 2017. With the advent of 5G, our consumption of media over the next 10 years will move from images, videos and voice to virtual reality, 360-degree videos, 8K and 16K movies, augmented realty and potentially holographs. To support this growth in data consumption, a new type of network is paramount-- a network that is secure, reliable, self-healing, resilient, and cost-effective. This network is the autonomous network and it is being made possible through AI.
People are spending more time than ever watching video – as much as six hours per day.. Video is approximately 60% of the 220+ Petabytes of data transmitted over the AT&T network every day. This massive growth cannot be sustained without artificial intelligence technologies to drive zero touch and automation to enable scale. Autonomous networks are being developed today and will become mainstream over the next ten years.

I invested 25 years of my career on researching and developing capabilities that can enable machines to speak, understand, translate and act. I believe the research that my colleagues and I have done with over 100+ publications and 150+ patents have directly influenced the massive adoption and widespread use of speech and text virtual agents available today.
Over the past 5 years, my work has been more focused on how AI can transform industries for cloud and virtualization, operation automation, software-defined networking and 5G. This has led to numerous open source movements that AT&T has been championing including ONAP (Open Network Automation Platform), Acumos AI, Akraino Edge Cloud, among others.

What first attracted you to Artifical Intelligence as an area of study?

I always wanted to be a physician, but after graduating from high school I found myself more fascinated by computers than the human body. As I pursued my engineering degree, I become interested in building machines that think and behave like humans. This led to my Ph.D. on artificial neutral networks for speech analysis/synthesis. I then attempted to build neural network models that compute the articulatory movements of the human vocal system, and utter complete English sentences. I continued my interest in human-machine interaction at AT&T Bell Labs. Fast forward 30 years later, it is quite satisfying to see widespread adoption of interactive speech systems using neural networks.

Be curious and live to leave a legacy by changing people’s lives.

At AT&T Labs, every day is an adventure and an opportunity for a new highlight. Perhaps one monumental moment in my career was in 1988 when I completed the development of the first articulatory-based computer that used neural networks to speak. The first sentence it uttered was a completely meaningless sentence with vowels only “Why were you away a year, Roy”.

I would like to thank the talented 31 authors from 8 companies who contributed to the book and I am delighted that all of the royalties of this book will go directly to Black Girls Code.

Randi Cohen is the Publisher for Computer Science and IT, with 19 years of experience in scientific publishing. She commissions across computer science, with a focus on the areas of Data Science, AI and Machine Learning, Computational Science, and Programming. Please contact Randi with new book ideas and/or proposals via email or Twitter - @randicohen89 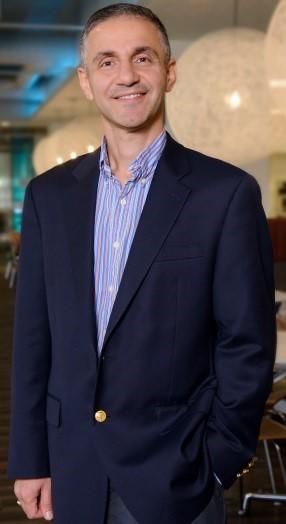 Mazin holds 176 U.S. patents in communication and multimedia processing and has published over 100 technical papers in human-machine communication. He is the author of the book titled, “Artificial Neural Networks for Speech Analysis/Synthesis,” 1992, and an editor of a recent book on “Artificial Intelligence for Autonomous Networks,” 2018.

With more than three decades of experience under his belt, Mazin’s previous work includes Bell Labs, BBC and British Telecom. He’s also worked in academia at Rutgers University, Princeton University and Liverpool University. He became an IEEE Fellow in 2012.

Mazin earned a bachelor’s and a doctoral degree, with first-class honors, in electrical engineering from the University of Liverpool. He also earned an MBA for Executives from the Wharton Business School of the University of Pennsylvania.

Outside of his technology career, Mazin is an entrepreneur  owning five limited liability companies specializing in commercial and residential real estate and the dental industry. He also serves as a Chair of the Linux Foundation Deep Learning Foundation board, and a board member at the International Computer Science Institute (Berkeley). Mazin loves to spend time with his daughters and is an avid runner.