We caught up with Harald Paganetti to learn more about his publication Proton Therapy Pysics, Second Edition and his career highlights.

What first attracted you to medical physics as an area of study?

During my PhD in experimental nuclear physics, while doing experiments with muon and pion beams, I became aware of the possibility of treating cancer patients with charged particle beams. This sounded exciting and therefore, right after receiving my PhD, I looked for opportunities to become a postdoctoral fellow in medical physics, specifically radiation therapy.

How did you decide to specialise in proton therapy physics?

I was very interested in doing research in radiation therapy and was thus looking for a novel method that was not yet routine in order to make a significant impact with novel research. Furthermore, a postdoctoral fellow position in proton therapy opened up at the right time.

What have been the biggest developments in the proton therapy physics field in the last 15 years?

Although beam scanning was conceptually around since the mid 1980’s, only in the last 15 years did it become mainstream in proton therapy. Beam scanning and intensity-modulated proton therapy, which comes with it, increased the dosimetric advantage of proton therapy compared to photon therapy even further because of advanced dose shaping capabilities. In addition to beam scanning, many new developments in the fields of in-room imaging have been made which increased delivery accuracy.

How have your books addressed these developments?

This second edition has certainly addressed the change in proton therapy physics landscape since the first edition. Nearly all chapters have been revised substantially because all authors are leaders in the field who have an overview about the state of the art. More room has been given to beam scanning as compared to passively scattered delivery. This is even reflected in the cover image, which now shows a beam scanning treatment head whereas the previous edition has a scattering system depicted. In addition, chapters have been added to address imaging as well as quality assurance.

What do you want your audience to take away from the second edition?

The targeted audience has not changed since the first edition although this second edition might offer a bit more for physicists working in the clinic and treating patients on a daily basis. The coverage of quality assurance, commissioning and in-room imaging has been changed substantially. Most of the chapters have been updated significantly because the field of proton therapy physics is still evolving even though the physics has obviously not changed.

What do you see yourself doing in ten years' time?

We have to realize that most advancements in physics will not result in vastly different treatment outcomes for our patients any more. This doesn’t mean that all physics problems are solved but the big impact can no longer be expected. Most patients receive a cocktail of different treatment methods from radiation to chemotherapy to targeted therapies to immunotherapy. In addition, each of these therapies comes with numerous flavours and methodologies. Optimizing radiation therapy treatment plans will no longer be sufficient, as we have to incorporate other methods when determining the right treatment. The latter will also include genetic and serum biomarkers for a more personalized treatment approach. If there ever will be a third edition of my book, I’m sure that there will be an additional chapter on multi-modality approaches combined with proton therapy.

What will the field of proton therapy physics look like in 50 years?

This is hard to estimate. Many clinicians in the 1960’s predicted that radiation therapy would disappear in the next 15 years because of genetic profiling and targeted drugs. Radiation therapy is still around 50 years later. So, I better be careful to predict radical changes in our field over such a long timeframe. It is certainly highly likely that we will do personalized treatments based on genetic and other biomarkers obtained before or during therapy. This may result in the decline of some therapies such as systemic therapies. I’m quite confident that radiation therapy will survive and that we will no longer use photons because of the integral dose advantage of proton beams.

How has your time at Massachusetts General Hospital shaped your career as an author?

I came to Massachusetts General Hospital more than 20 years ago and I never expected to stay at one place for so long. I stayed because of the incredible talents at this place. I don’t think I would have had many of my original research ideas without being impacted by brilliant people around me. This is particularly true for the field of proton therapy because Massachusetts General Hospital is one of the pioneering institutions for proton therapy and I had the opportunity to work with many influential people from the early days of proton therapy. It helped me as an author because I was able to get a comprehensive overview of the field and its challenges.

Who has influenced you the most in your career?


The biggest factor influencing my career was being at the right place at the right time. In addition, in terms of mentorship it was Michael Goitein who influenced me the most. He was my supervisor when I came to Massachusetts General Hospital. Michael Goitein was one of the most influential medical physicists in our time. He came up with many things we take for granted, such as the dose-volume histogram. He didn’t teach me substantially new aspects in proton therapy physics but he helped me tremendously putting my research into perspective and most importantly always thinking about the clinical impact of what I was working on. In addition, he taught me how to write good manuscripts.

What do you feel has been a career highlight?

I can’t really name a specific highlight. For someone being in research his entire career, having to support everyone including oneself mostly from soft money, every successful application for research funding is a highlight. Not only because it gives job security for people in the lab but also because it allows working on exciting new projects.

Unfortunately, in the United States, board certification requirements have made it more difficult for non-medical physicists to enter the field of medical physics in a clinical environment. This is a pity because the most important advice I have is to work in a clinical environment with clinicians and biologists. Medical physics researchers should have an insight about the clinical significance of their work. This is often lost in physics silos at universities without close collaborations with a medical school.

What is the last book you read for non-academic enjoyment?

I read plenty of books that are non-academic, typically two at a time, one being a novel and one being a history book. The last two books I read were “Continental drift” by Russell Banks and “Blue Latitudes” by Tony Horwitz. 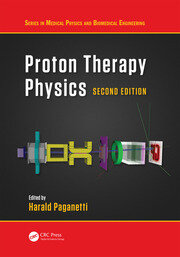