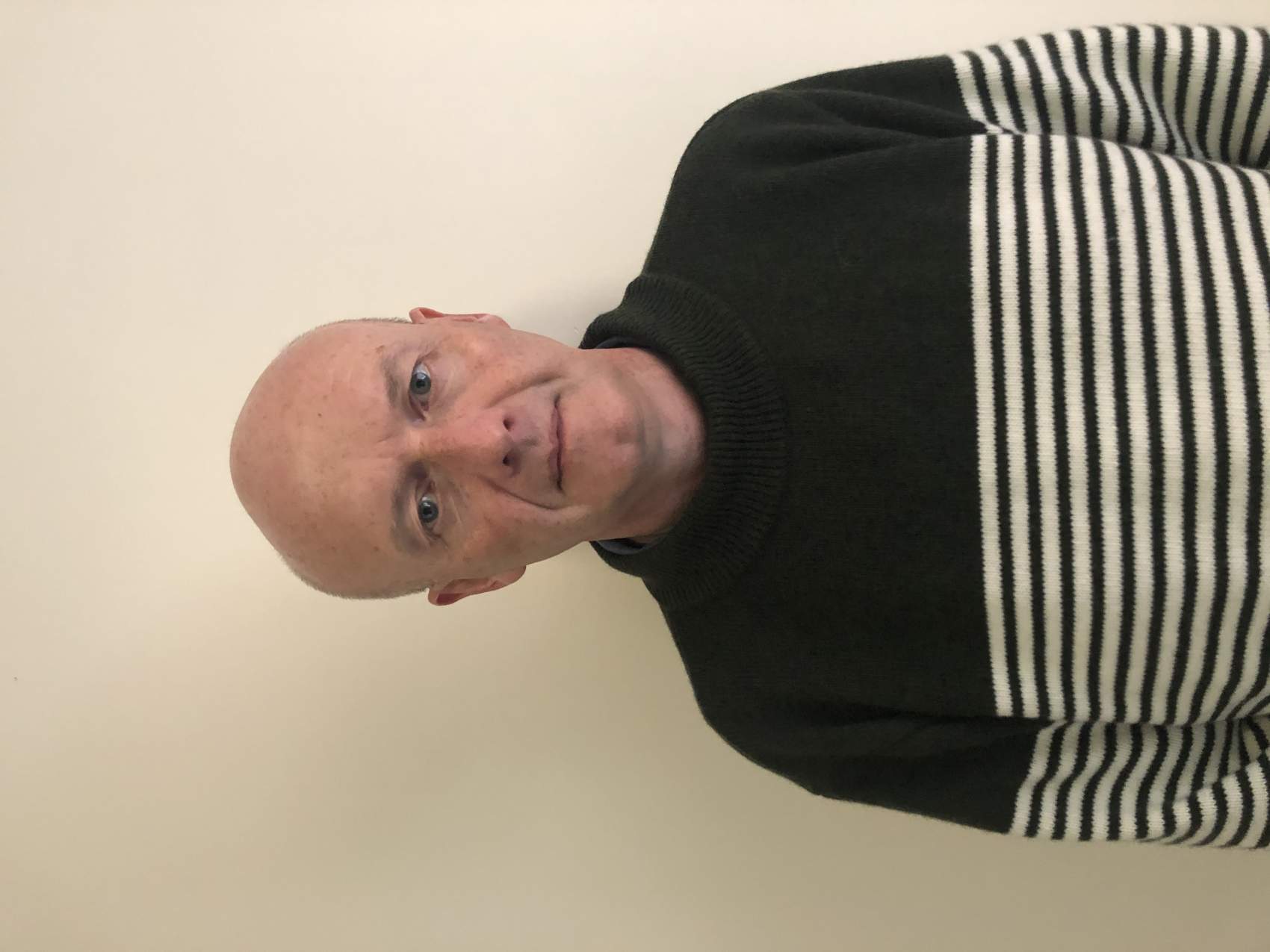 Rob commissions books in Modern History, primarily of a research nature. He joined Routledge in 1999 and spent many years as the company’s editor for Economics books while in addition to his activities in History, he has oversight of the company’s publishing across all Humanities and Social Science subject areas in India and China.

Rob is particularly interested in the intersection between History and Politics, with the Routledge list reflecting the urgency of historical topics in informing contemporary issues – primarily on the global level. So, issues such as conflict, nationalism, populism and dissent are hugely to the fore. Rob works on key series including Routledge/Cañada Blanch Studies on Contemporary Spain for which Sir Paul Preston is the academic editor and the burgeoning Routledge Histories of Central and Eastern Europe. He is also interested in acquiring new Handbook projects – recent and forthcoming titles in this cornerstone of Routledge’s publishing have included Balkan and Southeast European History, the history of France and the history of the Northern Ireland conflict.

If you have a new book idea which you would like to be considered for inclusion in the Routledge modern history program, please contact Rob at [email protected] or follow him on twitter @roblangham

Welcome to the latest version of our newsletter. We are very proud to present a few key highlights of our recent and forthcoming publishing below. All of us are amazed at the quality and variety of the writing we are able to showcase – and this is against the backcloth of an extremely challenging year for everyone in academia. This month, we are primarily bringing the spotlight upon some of the key titles from our research division although many of our key textbook offerings are also detailed below.

Much of what we do moves beyond the at times parochial views of the discipline that were presented in school and university classrooms of the past and instead, we have been keen to accentuate the global and transnational nature of History as it is studied in the third decade of the twentieth century.

Perhaps the jewel in the crown is a new overarching history of the medieval world, Global Medieval Contexts 500-1500 by Kimberly Klimek, Pamela L. Troyer, Sarah Davis-Secord and Bryan C. Keene. As Sally Abed of Alexandria University has said, “Global Medieval Contexts takes us on a breathtaking tour across time and space as it redraws the contours of the medieval world map in a novel way that ties cultures, peoples, and places”.

Elsewhere, the transnational focus of research in Medieval History is also reflected in Mobile Saints: Relic Circulation, Devotion, and Conflict in the Central Middle Ages by Kate M. Craig, People, Power and Identity in the Late Middle Ages edited by Gwilym Dodd, Helen Lacey and Anthony Musson and, moving back to a slightly earlier period in its focus on Byzantine History in particular, Jelena Bogdanović’s Icons of Space: Advances in Hierotopy.

Our publishing in Modern History also fully represents the global turn. In particular, two important volumes highlight the re-emergence of autocracy as a phenomenon. Both Sites of the Dictators by Xosé M. Núñez Seixas and Dictators and Autocrats edited by Klaus Larres draw comparisons between different historical time periods to tease out the nature of iron-fisted rule. Related to that, both the ninth edition of Christopher J. Ward and John M. Thompson’s textbook, Russia and The Memory of the Second World War in Soviet and Post-Soviet Russia edited by David L. Hoffmann explore autocracy in the context of that vast country.

Related topics of mass violence and conflict emerge in a trio of important edited collections, Children Born of War edited by Barbara Stelzl-Marx, Sabine Lee and Heide Glaesmer, Political Violence in Southeast Asia edited by Eve Monique Zucker and Ben Kiernan and Conceptualising Mass Violence edited by Navras J. Aafreedi and Priya Singh, all of which are conscious of the impact of historical events on ordinary human beings. Origins of the Cold War 1941–1949 by Martin McCauley, now in its fifth edition, charts the forces that emerged over a key decade and which were formative in defining subsequent years.

Of course all of this should be presented in the light of the volume we introduced in our last newsletter, our textbook by Rick Szostak, Making Sense of World History, the full 1,470 page text of which is available free to download open access at this link. What’s more, Rick is about to publish a follow-up book for us, Making Sense of the Future – this will also be available to download for free. Big and Little Histories by Marnie Hughes-Warrington and Anne Martin is another title which will be open access when it is published later in 2021.

Marnie Hughes-Warrington was recently ranked as the 8th Most Influential Historian Today by Academic Influence and Marnie’s ability to make sense of broad themes across Historiography and History as a whole is reflected in additional key titles we are publishing in 2021. Among these, we have the comprehensive European Thought and Culture, 1350-1992 by Michael J. Sauter, Games of History by Apostolos Spanos, Public in Public History edited by Joanna Wojdon and Dorota Wiśniewska, Peasants in World History by Eric Vanhaute, Coding and Representation from the Nineteenth Century to the Present edited by Anne Chapman and Natalie Hume, a majestic exploration of material culture across the ages in Christopher Fletcher’s Everyday Political Objects, two excellent introductions to our ‘Worlds’ series, The Asante World edited by Edmund Abaka an Kwame Osei Kwarteng and The Safavid World edited by Rudi Mathee.

Lastly, we are about to see the eighth edition of American Civilization: an Introduction hit the shelves. This has long time been a centrepiece of Routledge’s publishing as a whole.

Mention of that book from David Mauk, Alf Tomas Tønnessen and John Oakland acts by way of introduction to additional highlights of our publishing on the History of the Americas. New and forthcoming, we have The History of the United States Civil Service by Lorenzo Castellani, America in the Progressive Era, 1890-1917 by Lewis L. Gould and Courtney Q. Shah and Immigration in American History by Kristen L. Andersen.

Our suite of books on American History are very much presented as a wider History of the Americas programme – and we have some especially important offerings on what might broadly be termed the Hispanosphere. Among these, we have The Politics of Transnational Actors in Latin America by Frederick M. Shepherd, Spain and Argentina in the First World War by Maximiliano Fuentes Codera and The Hispanic-Anglosphere from the Eighteenth to the Twentieth Century edited by Graciela Iglesias-Rogers.

June marks LGBTQ months in the United States and Pride month more globally – here are some of our contributions in this and related fields from recent times:

To finish, we would like to pick out three books of particular significance. First, there is Meg Roland’s Mirror of the World: Literature, Maps, and Geographic Writing in Late Medieval and Early Modern England, the proposal of a new, interdisciplinary literary and cartographic history of the influence of Ptolemaic geography in England. Meg can be followed on Twitter @meg_roland. Then there is The Conquest of Santarém and Goswin’s Song of the Conquest of Alcácer do Sal by Jonathan Wilson, the latest in our prestigious Crusade Texts in Translation series and Mesut Uyar’s The Ottoman Army and the First World War has caught the attention of the denizens of social media in recent months.

Lastly, we should draw your attention to three multi-volume sets of classic texts covering broad themes within the discipline: Nineteenth Century Design, Nineteenth-Century Crime and Punishment and Emotions in Europe, 1517-1914.