"Living Media Ethics is the only text on the market that focuses on broad ethical concepts that apply to advertising, journalism (all platforms) and public relations." 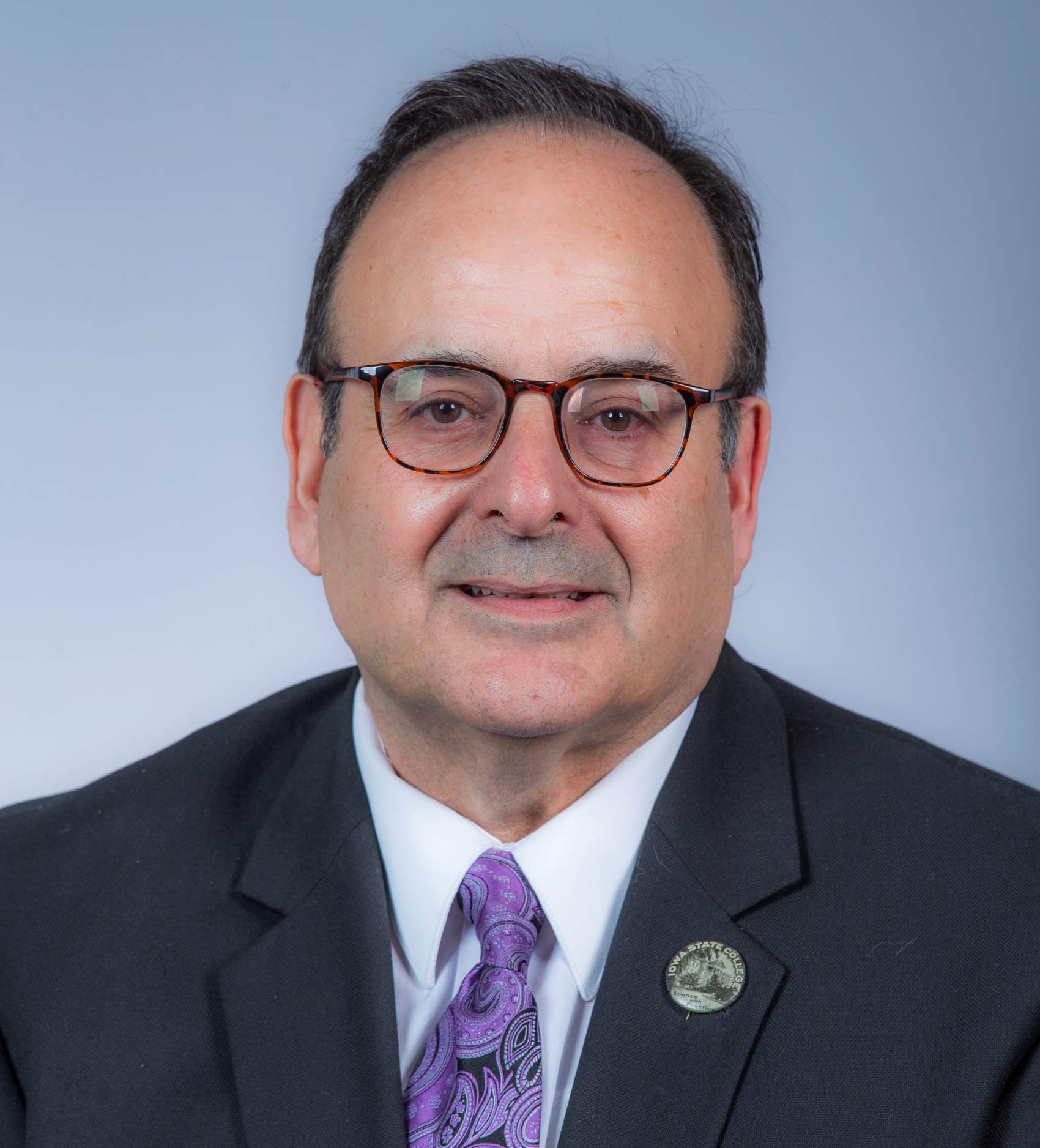 Michael J. Bugeja is an ethicist and author of 25 books, including Interpersonal Divide in the Age of the Machine and Interpersonal Divide: The Search for Community in a Technological Age, Oxford University Press. He is co-author of Vanishing Act: the erosion of online footnotes and implications for scholarship in the digital age. He twice won the prestigious Clifford G. Christians award for research in media ethics. He is a regular contributor to The Chronicle of Higher Education and Inside Higher Ed. He directed the Greenlee School of Journalism and Communication at Iowa State University and now teaches media ethics there as a professor.

Winner of the Clifford G. Christians Award for Research in Media Ethics, Michael Bugeja’s Living Media Ethics posits that moral convergence is essential to address the complex issues of our high-tech media environment. As such the book departs from and yet complements traditional pedagogy in media ethics. Bugeja covers advertising, public relations and major branches of journalism, as well as major schools of philosophical thought and historical events that have shaped current media practices.

Examining topics including responsibility, truth, falsehood, temptation, bias, fairness, and power, chapters encourage readers to develop a personal code of ethics that they can turn to throughout their careers. Each chapter includes exercises, as well as journal writing and creative assignments, designed to build, test, and enhance individual value systems. Unlike other texts, this media ethics book ends with an assignment to create a digital portfolio with personal ethics code aligned with a desired media position or company.

I had concerns that prompted me to write Living Media Ethics. They had to do with textbook approaches that:

Competing texts typically focus on advertising ethics as distinct from journalism ethics, or journalism ethics as distinct from public relations ethics, and so on. They failed to consider what we used to call “technological convergence,” or the nature of technology to subsume previously unrelated disciplines and integrate and unify them. To address that, my book focused on “moral convergence,” or the idea that all branches of mass communication operate in an integrated climate and so require ethical tenets suited to that unified digital environment.

Another concern involved texts merging law and ethics. Media law has evolved and expanded exponentially because of Internet so that we really need two courses: conventional law and cyberlaw. Combining law and ethics does an injustice to both topics. Teachers just can’t cover them comprehensively in one text or semester and associate legal and ethical concepts with all platforms. As such, I wanted to create a work that integrated ethics under an umbrella that unified ethics under the moral construct of conscience.

Then there is philosophical theory. Too often media ethics books dedicate entire chapters to theories, such as deontology, utilitarianism, categorical imperative, the golden mean, the golden rule, and others formulated by ancient Greeks and advanced by European cultures. Those are summarized in part of a chapter in my book that also includes Asian and world philosophies, exposing readers to Confucianism and Daoism, for instance. History often influences values more than philosophy, so we factor that throughout the text. In the chapter on bias, for instance, U.S. history plays a key role in our social mores associated with diversity and inclusion.

As such, Living Ethics employs an applied ethics pedagogy, associating abstract values with concrete situations across media platforms. The book has three sections: Influence, Responsibility, Truth to develop ethical awareness; Falsehood, Bias, Manipulation, Temptation to test ethical values; Fairness, Discretion, Power to enhance ethical values. A bevy of philosophical theories and historical facts introduce other moral tenets, including grace, compassion, forgiveness, mindfulness and other human expressions that the best journalists and practitioners recognize, not only in themselves, but in their sources and clients.

Living Media Ethics is the only text on the market that focuses on broad ethical concepts that apply to advertising, journalism (all platforms) and public relations. The circumstances may differ from newsroom to boardroom, but the ethical conundrums do not. Example: The reporter who plagiarizes a story may seem different from an account executive who steals marketing research; but the spectre of temptation, which strikes without warning—revealing sudden opportunity—affects the conscience similarly. The reporter and executive either succumb to or resist short-term reward at the risk of long-term consequence in their careers.

Living Media Ethics is informed by dozens of journalists and practitioners who provide case studies and advice on how to address moral conundrums, based on their professional experience. These include Pulitzer Prize winners and practitioners from leading advertising and public relation agencies.

Conceptually, Living Media Ethicsseeks to: (a) evoke emotional intelligence associated with conscience and consciousness, so that students feel as well as know their values; (b) spark discussions from a morally informed perspective; and (c) encourage students to develop values in the work place by assembling online portfolios with personal ethics codes as “living documents.”

This text is the only one on the market that includes a practical professional project. Students research companies and organizations with values similar to their own. They explore corporate mission statements and organizational strategic plans to identify prospective job and internship opportunities. They align their own values with these entities. Moreover, they continue to update their portfolios throughout their careers. You can view sample ones here: https://myethicsclass.com/portfolios/

Finally, Living Media Ethics has a YouTube channel with summaries and ethical techniques that complement chapters. There also is a website and blog: http://livingmediaethics.org. Posts investigate current events associated with media ethics across platforms. These articles not only complement the text but serve as in-class discussion topics for instructors using the work.

My small but important contribution to media ethics has been to develop philosophy based on the twin aspects of the human condition: conscience and consciousness. The conscience is associated with ethics—an intuitive knowledge of right and wrong—involving how we choose to live among and view others in a diverse community. Consciousness is associated with awareness—how our interactions affect or influence others and ourselves in that diverse community. My research suggests that conscience and consciousness must harmonize and inform each other for us to feel grounded, whole. Each chapter of Living Media Ethics pivots on conscience and consciousness, portals of emotional intelligence through which students feel values rather than just explicate or memorize them. My research has twice won the Clifford G. Christians Award for Research in Media Ethics, among the highest accolades in the discipline.

I have taught media ethics since the 1980s at three public institutions and have won teaching awards bestowed by the student bodies at Oklahoma State and Ohio University. Iowa State University recently profiled my teaching and writing on its home page: https://www.iastate.edu/stories/2018/11/minds

In the course of my career, thousands of students have been creating ethical portfolios that have helped secure internships and jobs in advertising, journalism and public relations. When Living Media Ethics was about to be published by Routledge/Taylor & Francis, my editor received testimonials from dozens of students about my technique in the classroom. Here are a few about my teaching:

Dan Horn, Pulitzer Prize winner, The Cincinnati Enquirer: “I still carry the lessons from Dr. Bugeja's ethics course with me today - more than 20 years after sitting in his classroom at Ohio University. What I loved about his class was that we moved beyond bright-line rules to discuss the grey sometimes in the middle that can make ethical choices so hard.”

Angela Krile, President & CEO, Krile Communications: “More than 20 years after taking Dr. Bugeja’s Media Ethics class at Ohio University, where I first encountered the principles addressed in this book, I am still using what I learned in my daily business interactions. The scenarios and concepts are not simple, but the lessons are. … My professional code of ethics, which I first developed in that class, is still proudly posted on my website and I do my best to live up to it every day of running my company and living my life.

Giovanna Van Leeuwen, Content Producer, CNN Newsource: “I took Dr. Bugeja’s media ethics class as an undergraduate student at Iowa State University, not knowing at the time how crucial it would be for my career as a journalist at CNN. Media ethics was then, as it has always been, crucial in journalism. However, I find that it is indispensable today and Dr. Bugeja’s expertise in the matter really helped shape me to gain some understanding of ethical issues associated with technology. His awareness and years of studying ethics has helped me feel more prepared to practice social responsibility and become a cross-platform communicator.”

I work at an institution of science and technology. The highest academic rank, bestowed on only a few individuals each year, is “distinguished professor.” To qualify, a professor’s research must be widely known, nationally and internationally, influencing and perhaps changing the discipline in fundamental ways. Iowa State has conferred the title to about 225 professors since it was instituted in 1956. Those selected are usually scientists and engineers. In more than 60 years, ISU has chosen fewer than 10 humanities professors for the title. In 2019, I was named distinguished professor in part for my work in Living Media Ethics.

Click on the image below to access a free chapter of Michael Bugeja's recent book, Living Media Ethics. 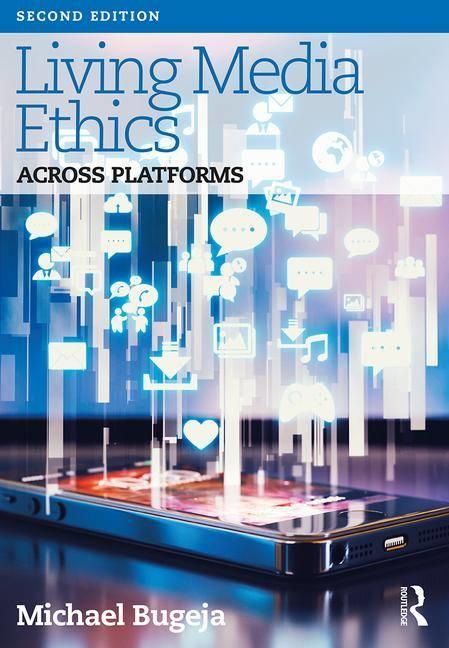