June Alexander, author of Using Writing as a Therapy for Eating Disorder, is our Routledge Mental HealthAuthor of the Month for September! Read our exclusive interview and learn more about her fantastic new book!

"Did my recovery experience have to be so tortuous? Could the diary have provided a more pro-active role in healing? I wanted to find out."

Above all, the catalyst for this book was a desire to explore and reveal through the unsolicited diaries of patients, the potential of diary writing as a therapeutic tool in self-renewal and healing.

The story behind Using Writing as a Therapy for Eating Disorders: The Diary Healer began in 1962, when I developed an eating disorder and began to keep a diary. I was 11 years old and did not understand why I was too afraid to eat, or why I could not sit still. My frustrated mother, unaware that my head was filled with bossy thoughts and compelling fear, criticized my behavior and compounded my guilt. I retreated and became withdrawn. Then, for Christmas that year, the gift of a diary provided a reprieve.

Becoming what seemed an immediate, trusted friend, the first little book marked the start of a literary journey that, over the next 40-plus years, would chronicle the loss and recovery of my identity and self.  My healing journey took a long, long time – more than 20 years. When I healed sufficiently to be free of the eating disorder, I began to wonder about the influence of the diary in the reintegration of ‘true me’. Did my recovery experience have to be so tortuous? Could the diary have provided a more pro-active role in healing? I wanted to find out.

Writing a memoir [A Girl Called Tim, 2011] had helped to place the illness in the context of my life and to relate with others. Reader interest motivated and inspired me to delve more deeply and learn about and explain the pitfalls and benefits of diary writing. I began to explore the ambivalent relationship with body and identity that can occur when experiencing an eating disorder.  So began the concept for this book.

Seventy diary participants - who responded to an invitation on my blog in 2014 -embarked with me on a self-discovery path.  Most of us had never met, but our mutual experiences of an eating disorder and diary writing enabled the immediate establishment of a firm foundation of trust. Threads of the diarists’ first-person narrative are woven through 25 chapters sorted into two sections – Writing for Self, and Writing for Therapy.

The first section reveals inside stories on choosing a diary, creating a friend, secrets, abuse, reflecting and connecting with self, learning about self through the stories of others, stigma, early illness signs and symptoms, recovery and how the diary helps in moving on. The second section looks at the diary as a connector and explores poetry, trust, relationships, forms of diary-keeping and sharing, behavioral health technology, creating a narrative for others, and being a participant in, and observer of, one’s own life.

If you do not already keep a diary, I am hopeful that the powerful messages in Using Writing as a Therapy for Eating Disorders: The Diary Healer will inspire you to start writing. All you need is pen and paper, and there is one rule only: write the date.

Besides allowing me to move from the role of participant to observer in exploring diary writing as a therapeutic resource and more generally in patient-centred healing, the first person experiences shared in Using Writing as a Therapy for Eating Disorders: The Diary Healer present new possibilities in a field that has yet to find causes and achieve consensus on solutions.

For example, the benefits of diary-writing as a tool to distinguish your self from your eating disorder can be built on through sharing or reflecting on your writing with trusted others. Diary participant Taylor, explains:

Sometimes it would simply be a matter of writing down what ED was saying so I could take this to my treatment team so they could help me challenge the thoughts. Sometimes it would be a matter of reflecting on something that came up in therapy and realizing how certain ED messages and behaviours were based in inaccurate self-perceptions. Mostly, journaling has been a way to help me and my own voice, more than learning to identify ED’s voice. I needed to find my own voice to achieve and maintain recovery. Journaling through recovery has helped me learn to recognize when something I am mentally hearing or thinking is incongruent with my own voice, values, and way of being in the world.

Many kinds of support are proffered to assist in renewal of self. You may feel overwhelmed at what’s on offer. Threads of every emotion are explored through diarists mapping their loss and regaining of self. Excerpts from private diaries, email communication and online participant questionnaires form the book’s foundation and shape it, too. Revelations in initial responses inspired the addition of two chapters, one on secrets and one on poetry. Health practitioners and researchers also came on board, explaining how diary-writing techniques can assist in integrating self. Using Writing as a Therapy for Eating Disorders: The Diary Healer is a collaborative effort.

Using Writing as a Therapy for Eating Disorders: The Diary Healer offers guidance in deciding what’s best for you. Also, a word of caution: no matter how much you reach out to others, true growth comes only when you connect within, with your own self. Others can offer encouragement and help, but only you can do the inner work.

A common misconception about eating disorders that I would like to clear up is that nobody ‘chooses’ to have an eating disorder and it is an extremely under-rated and serious illness. See these Nine Truths -- reading Using Writing as a Therapy for Eating Disorders: The Diary Healer will help you understand what it is like to experience an eating disorder, and to discover these truths for yourself.

June Alexander is a grandmother, writer, and international award-winning advocate in the field of eating disorders. She developed anorexia nervosa at age eleven in 1962, an illness which has largely shaped her life. Today June is a non-fiction storyteller, with a special passion for the diary. Her latest title, Using Writing as a Therapy for Eating Disorders: The Diary Healer, is the main component in her Ph.D. in Creative Writing.

June resigned from a longtime career in print journalism in 2007 to write her memoir, A Girl Called Tim: Escape From An Eating Disorder Hell. This sharing of her inner story has led to the writing of eight more books about eating disorders, both for health practitioners and mainstream readers, including Ed Says U Said: Eating Disorder Translator. June enjoys presenting life-writing workshops to people of all ages, and believes everyone has a story to tell. Involved in eating disorder advocacy at local, national and international level, June lives in Melbourne. Her family, comprising four children and their partners, five grandchildren, and a cat called Norah, are her best “medicine”.

Using Writing as a Therapy For Eating Disorders: The Diary Healer

Other books by June Alexander 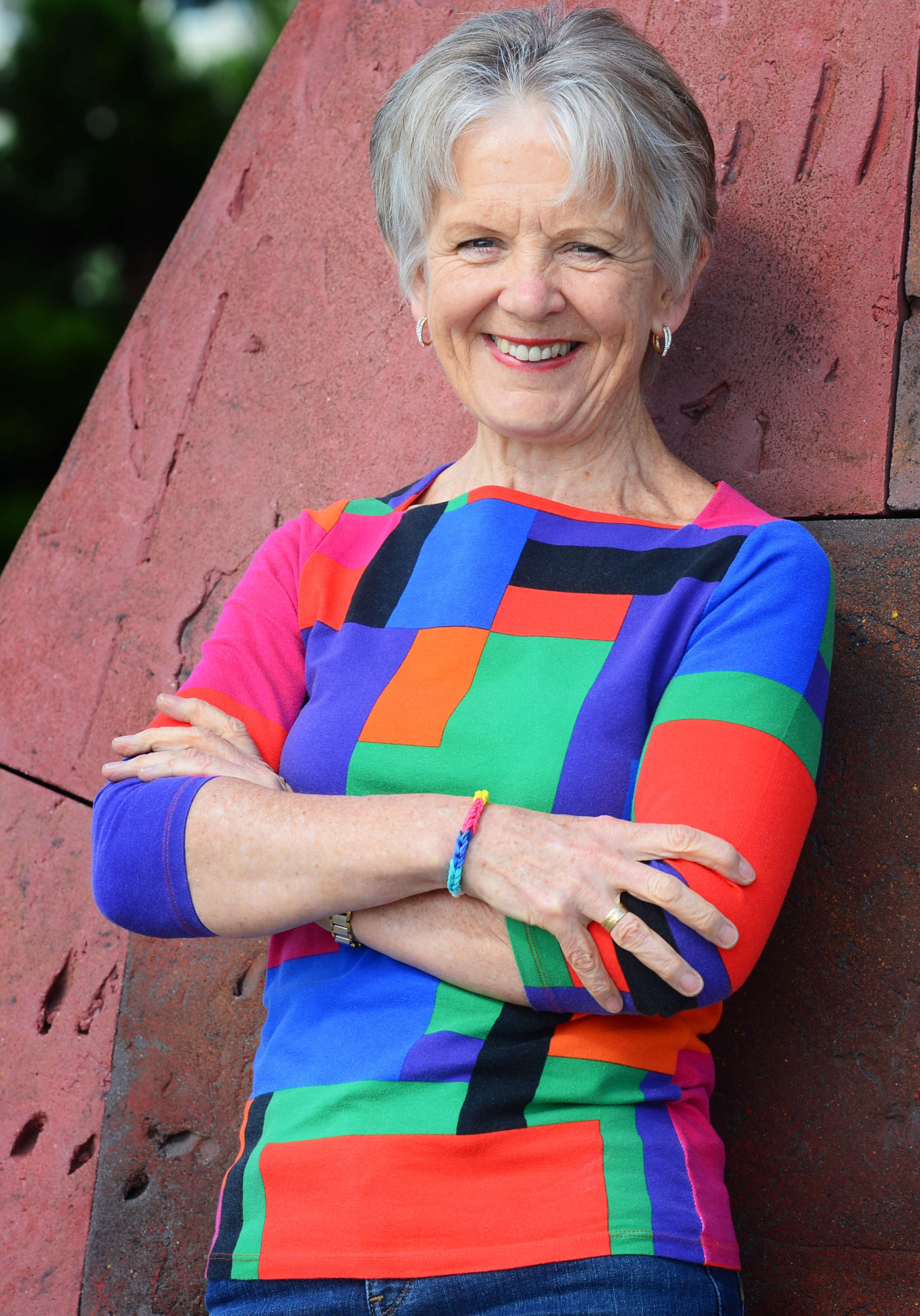