The Significance of the Ming in Chinese History

Kenneth Swope, editor of The Ming World, explains the importance of the Ming Dynasty within Chinese history, shaping much of the culture and developments that we know today.

The Ming Dynasty is important for a variety of reasons. First, it was the last native ruling house in imperial Chinese history, sandwiched between the Mongol Yuan (1279-1368) and Manchu Qing (1644-1912) dynasties. As such its governmental institutions and cultural developments represented a maturation of processes initiated in the Qin (220-206 BC) period, most notably the refinement of the civil service examination system to select officials for government service, which included civil and military components in the Ming period. The names and boundaries of many of the provinces of modern China were fixed during the Ming as well.

Additionally, many architectural marvels that modern people consider quintessentially Chinese, such as the Great Wall, the Forbidden City, and the Temple of Heaven, date from the Ming period. It was a golden age of Chinese literature as well, with famous novels such as The Journey to the West, The Golden Lotus, The Romance of the Three Kingdoms, and The Water Margin all having been produced in the Ming. Indeed, it is widely accepted that Ming China was the most literate society in the world at the time and scholars estimate that there were more books in Ming China in the early seventeenth century than in the rest of the world combined. Ming achievements extended to other areas of the arts as well. Ming blue and white pottery became so widely desired that black markets producing knock off wares flourished in Southeast Asia. Ming silks were exported around the world and Ming clothing styles influenced its neighbors, especially Korea. The Ming tributary system of foreign relations was a brilliantly flexible way of facilitating diplomatic relations and cultural exchanges that also provided international political stability unrealized in the rest of the world.

With respect to technological achievements, the early Ming naval expeditions under the eunuch Admiral Zheng He featured massive “treasure boats” that dwarfed the vessels that sailed under Columbus nearly a century later and they served to extend Ming power and cultural influence throughout South and Southeast Asia and all the way to Africa and the Middle East. The Ming was also the world’s first “Gunpowder Empire” and it pioneered the creation of dedicated firearms training divisions for its military. Ming military technology was disseminated throughout Asia in the fifteenth and sixteenth centuries. Achievements in mass production of items such as steel weapons and porcelains were not exceeded elsewhere until the Industrial Revolution.

Taken as a whole these achievements and others render the moniker “Empire of Great Brightness,” which is the literal translation of “Ming,” especially fitting. 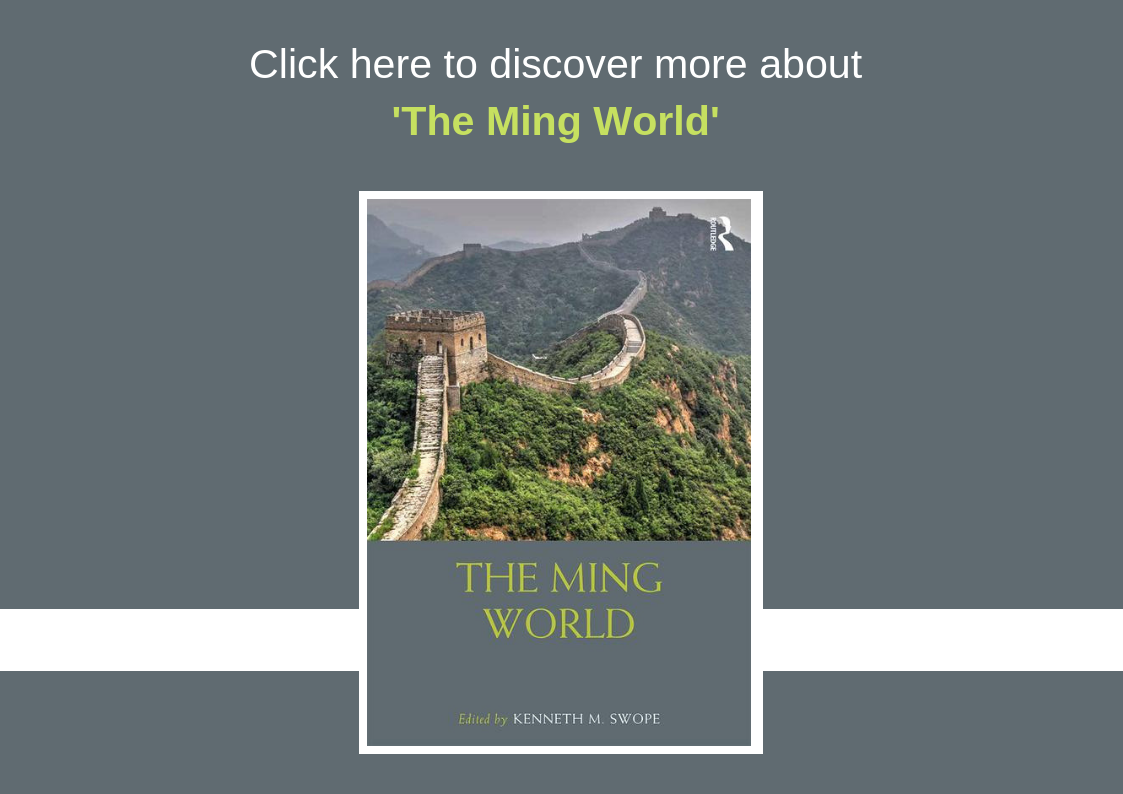 The Ming World draws together scholars from all over the world to bring China’s Ming Dynasty (1368-1662) to life, exploring recent scholarly trends and academic debates that highlight the dynamism of the Ming and its key place in the early modern world.

The book is designed to replicate the structure of popular Ming-era unofficial histories that gathered information and gossip from a wide variety of fields and disciplines. Engaging with a broad array of primary and secondary sources, the authors build upon earlier scholarship while extending the field to embrace new theories, methodologies, and interpretive frameworks. It is divided into five thematically linked sections: Institutions, Ideas, Identities, Individuals, and Interactions.
Unique in its breadth and scope, The Ming World is essential reading for scholars and postgraduates of early modern China, the history of East Asia and anyone interested in gaining a broader picture of the colorful Ming world and its inhabitants. 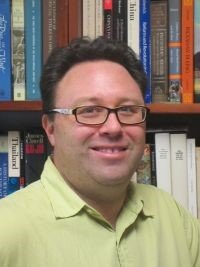 Kenneth M. Swope is Professor of History and Senior Fellow of the Dale Center for the Study of War & Society at the University of Southern Mississippi and is currently serving as the Leo A. Shifrin Chair of Military & Naval History at the United States Naval Academy. He is also a board member of the Chinese Military History Society and the book review editor for The Journal of Chinese Military History. His publications include A Dragon’s Head and a Serpent’s Tail: Ming China and the First Great East Asian War, 1592-1598; The Military Collapse of China’s Ming Dynasty, 1618-1644; On the Trail of the Yellow Tiger: War, Trauma and Social Dislocation in Southwest China During the Ming-Qing Transition.