Congratulations to Robert Lang, being named as CRC Press's Mathematics Author of the Month for February 2019!

CRC Press is pleased to share with you our author Q&A session with Robert Lang! 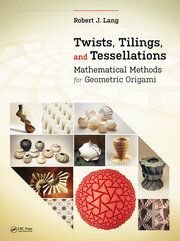 Congratulations on the success of your book, Twists, Tilings, and Tessellations: Mathematical Methods for Geometric Origami and being named Mathematics Author of the Month! What do you want your audience to take away from the book?
I’d like them to be able to design their own, original, geometric origami; to decide what sorts of shapes they want to create, and then use the mathematical tools described in the book to design the folding patterns for those shapes.
What inspired you to write this book?
I’ve used the mathematical methods in this book—many of which I’ve developed—to design my own geometric origami and tessellations. I wanted to make those methods available to a wider audience, so that people who wanted to design and fold this type of origami but didn't know how to go about it could now realize their artistic vision.
What are the main developments in research that you’re seeing in your subject area of expertise?
The “cutting edge” (if I may use that term in origami!) of research is in the areas of curved folding, rigid foldability, and explicitly including thickness in kinematic modelling.
How does your book relate to these recent developments?
For the most part, I have not addressed curved folding, since this is still a fast-evolving part of mathematical folding. There is, however, a section on rigid foldability that, I think, provides a solid base for further development in this area.
What audience did you have in mind whilst writing you book?
I actually had three distinct audience levels in mind, based on their level of mathematics, and indicated by the * ratings of each chapter and section. Those are: (*) early high school mathematics; (**) advanced high school mathematics; and (***) undergraduate engineering mathematics.
What makes your book stand out from its competitors?
While there are some books that focus on the “pure mathematics” of folding, this book is focused specifically on the problem of design and providing useful algorithms for design. I generally don’t prove mathematic statements (though I cite where they are proven), but give the relevant mathematical formulas that can be used to design origami works.
Is there one piece of research included in the book which surprised you or challenged your previous understanding of the topic?
It’s a summary of two decades of mathematical explorations of geometric folding, so each new discovery was both a surprise and an update to previous understanding.
What did you enjoy about writing the book?
Building the story! There’s a logical progression and an interrelatedness between mathematical facts. Both the challenge and the enjoyment of writing is assembling a wide variety of discrete facts into a coherent whole. And then, of course, there is the joy of creation, of designing, simulating, and folding the various examples presented in the book.
What is your academic background?
B.S. in Electrical Engineering from Caltech (1982);
M.S. in Electrical Engineering from Stanford University (1983);
Ph.D. in Applied Physics from Caltech (1986).
What is innovative about your research?
Along the way, I’ve discovered or developed quite a number of new laws, concepts, and algorithms useful in origami design (which are presented in the book).
Who has influenced you the most?
In the area of geometric origami, I’d say that Chris Palmer’s work in the 1990s provided the initial impetus for me to start exploring this area mathematically.
What do you think are your most significant research accomplishments?
I don’t have the objectivity to make this assessment. But I’m pretty proud of my development of circle/river and polygon packing methods of origami design.
What first attracted you to mathematics as an area of study?
The combination of elegance and power; once you understood the mathematics, you could give precise, concise statements that allowed you to accomplish a great deal.
Tell us an unusual fact about yourself and your teaching or writing style?
Both my teaching and writing style tends toward the conversational, rather than the formal.
What advice would you give to an aspiring researcher in your field?
Follow your curiosity. Don’t worry about whether it’s important or significant; if it strikes you as interesting, it’s worth pursuing.
Do you have plans for future books? What’s next in the pipeline for you?
I’d like to write up some of the work I’ve done on curved folding, and am considering that as a next-book topic.
What do you feel has been a highlight for you, in your career?
Seeing the field of academic investigation of origami blossom from something that people had to do “on the side” and keep hidden from their bosses or sponsors, into a full-fledged field of research that has engaged researchers from all over the world and national-level research funding. And this has led to an incredible variety of beautiful and practical folding mechanisms and structures.
What do you see yourself doing in ten years' time?
Undoubtedly more of the same: a mix of artistic creation and technological exploration.
What is the last book you read (non-academic)?
Maestros and their Music, by John Mauceri.
Anything else you would like to add?
Please visit my website, at http://langorigami.com. 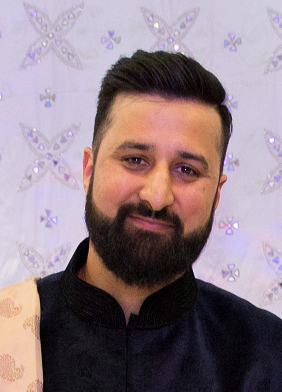 Download a Free Chapter from the NEW edition of 'Twists, Tilings, and Tessellations: Mathematical Methods for Geometric Origami'!