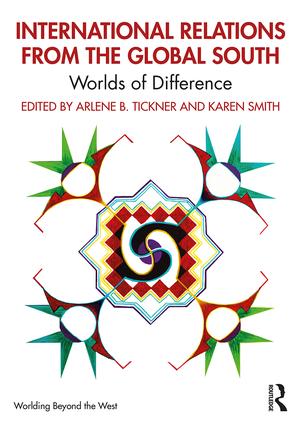 International Relations from the Global South

This exciting new textbook challenges the implicit notions inherent in most existing International Relations (IR) scholarship and instead presents the subject as seen from different vantage points in the global South.

Divided into four sections, (1) the IR discipline, (2) key concepts and categories, (3) global issues and (4) IR futures, it examines the ways in which world politics have been addressed by traditional core approaches and explores the limitations of these treatments for understanding both Southern and Northern experiences of the "international". The book encourages readers to consider how key ideas have been developed in the discipline, and through systematic interventions by contributors from around the globe, aims at both transforming and enriching the dominant terms of scholarly debate.

This empowering, critical and reflexive tool for thinking about the diversity of experiences of international relations and for placing them front and center in the classroom will help professors and students in both the global North and the global South envision the world differently. In addition to general, introductory IR courses at both the undergraduate and graduate levels it will appeal to courses on sociology and historiography of knowledge, globalization, neoliberalism, security, the state, imperialism and international political economy.

"It’s no secret that most textbooks on International Relations are written by Western scholars and offer a mainly Western perspective. This comprehensive and well-written volume is a major step towards building a Global IR, and deserves to be used in classrooms around the world." — Amitav Acharya, American University, USA

"The stories and theories we encounter in the field of International Relations are often presented as having "global" or "universal" reach. Yet quite to the contrary they often reflect very particular experiences, viewpoints and understandings of the world. This highly anticipated textbook shows how approaching International Relations from the perspective of researchers and students from the "global South" matters for thinking through international politics more comprehensively, carefully and realistically. This text will provide an invaluable resource for thinking, practicing and studying IR as the field’s Eurocentric framings of the world are challenged, shifted and decolonized." — Milja Kurki, Aberystwyth University, UK

"This is the first textbook to approach international relations as experienced and theorized in the global South. It brings non-Western stories to the center of knowledge production, breaking with rigid classifications to reflect on the diversity of experiences of the international. This is a bold and emancipatory textbook that will have a lasting effect on the way we teach IR everywhere." —Manuela Picq, Universidad San Francisco de Quito, Ecuador, and Amherst College, USA

"This new textbook is a generous gift to teachers and students of IR. While the first impression might be that it is "only" a solution to the much bewailed problem that students in the global South have been fed irrelevant introductions to the discipline, it is actually a very productive and stimulating way to also teach mainstream and "Northern" concepts in a topical way. This is the textbook for teaching IR in and for all of the world." —Ole Wæver, University of Copenhagen, Denmark

Karen Smith and Arlene B. Tickner

2. The Global IR Debate in the Classroom

4. IR and the Making of the White Man’s World

Arlene B. Tickner is a Professor of International Relations in the School of Political Science, Government and International Relations at the Universidad del Rosario, Bogotá, Colombia. Her main areas of research include sociology of knowledge in the field of International Relations and the evolution on IR in non-Western settings, Latin American and hemispheric security, and Colombian foreign policy. She is the co-editor (with David Blaney and Inanna Hamati-Ataya) of the Routledge book series Worlding beyond the West. In addition to her academic work, she writes a weekly newspaper column in the Colombian daily, El Espectador.

Karen Smith teaches International Relations at Leiden University in the Netherlands. She also remains affiliated as an honorary research associate with the University of Cape Town, South Africa, where she was based as an associate professor until 2017. Her research focuses on contributions to IR theory from the global South, South Africa’s foreign policy, and changes in global order.

Worlding Beyond the West

Historically, the International Relations (IR) discipline has established its boundaries, issues, and theories based upon Western experience and traditions of thought. This series explores the role of geocultural factors, institutions, and academic practices in creating the concepts, epistemologies, and methodologies through which IR knowledge is produced. This entails identifying alternatives for thinking about the "international" that are more in tune with local concerns and traditions outside the West. But it also implies provincializing Western IR and empirically studying the practice of producing IR knowledge at multiple sites within the so-called ‘West’.

We welcome book proposals in areas such as: