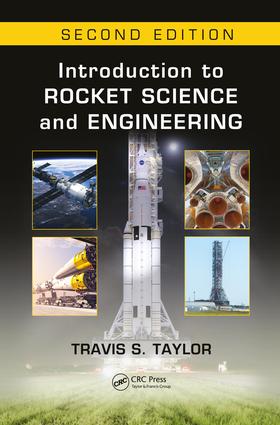 Introduction to Rocket Science and Engineering

Introduction to Rocket Science and Engineering, Second Edition, presents the history and basics of rocket science, and examines design, experimentation, testing, and applications. Exploring how rockets work, the book covers the concepts of thrust, momentum, impulse, and the rocket equation, along with the rocket engine, its components, and the physics involved in the generation of the propulsive force. The text also presents several different types of rocket engines and discusses the testing of rocket components, subsystems, systems, and complete products. The final chapter stresses the importance for rocket scientists and engineers to creatively deal with the complexities of rocketry.

"This book is an excellent reference for the rocket enthusiast and for anyone interested in participating in any kind of rocket competition. It is a very useful complement to the library of anyone teaching a rocket class."

Travis S. Taylor has worked on various projects for NASA and the U.S. Department of Defense, including advanced propulsion concepts, space-based beamed energy systems, space launch concepts, and large space telescopes. Dr. Taylor was also one of the principle investigators for the Ares I Flight Test Planning effort for NASA Marshall Space Center. He holds a doctorate in Optical Science & Engineering from the University of Alabama - Huntsville, and additional degrees in Electrical Engineering, Physics, Aerospace Engineering, and Astronomy. Dr. Taylor is also known for his television shows - "Rocket City Rednecks" (National Geographic Network) and "Three Scientists Walk Into a Bar" (the Weather Channel). He has also written several science fiction novels, and two college textbooks. He and his family live in northern Alabama, within sight of the Saturn V rocket that's on exhibit at the untsville space flight center.