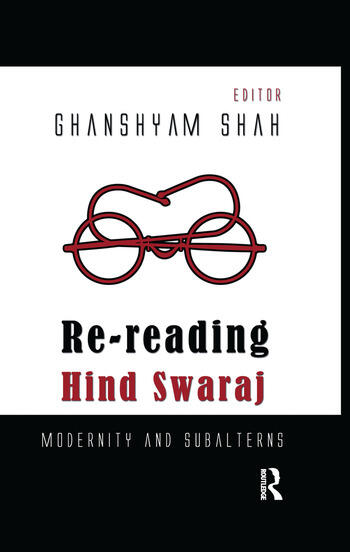 Mahatma Gandhi, one of the greatest global icons of all times, is known as much for his successful leadership of India’s non-violent anti-colonial freedom movement as for his virtue and simplicity. His ideals have inspired diverse social and political movements across the world: against apartheid in South Africa, racial segregation in the United States, several state policies and actions in India and nuclear weaponisation, and for environmental sustainability and world peace. Hence, a pertinent question is often raised by media and academia: How would Gandhi have responded to the contemporary Indian and global situation marked by ethnic conflicts, terrorism, economic insecurity under the dominance of a global neo-liberal economic order and moral degeneration in private and public lives?

Addressing this question in this volume through critical and variant re-readings of Hind Swaraj (1909), his key manifesto of socio-political transformation, social scientists, political philosophers and social activists seek to establish a social and academic dialogue with Gandhi, interrogating his thoughts, values and vision, and examining their relevance to present-day problems. In spotlight is a contentious issue: the relationship between modernity and emancipation of subalterns, in the light of his critique of modern civilisation, the central thesis of the text.

This book will be of interest to those in Gandhian studies, political science, history, philosophy, sociology, development studies, as well as activists, policy makers and the lay reader.