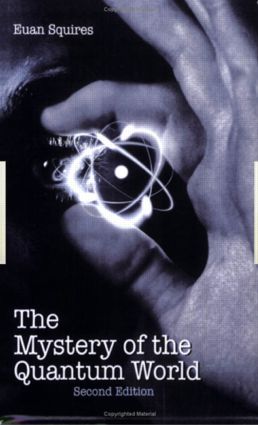 The Mystery of the Quantum World

Quantum mechanics stands as one of the most remarkable achievements of the 20th century, providing startling insight into the nature of matter and a spectacularly successful predictive theory. However, while the predictive ability of the quantum theory has been rigorously tested time and again, so that it now satisfies any criterion of reliability as a tool of scientific inquiry, fundamental difficulties remain with its interpretation.

The Mystery of the Quantum World, Second Edition introduces the philosophical issues raised by the success of the quantum theory and lucidly outlines the different points of view adopted by various physicists striving to understand the meaning underlying the theories used every day. The author encourages you to see how the most successful of physical theories is relevant to issues outside physics. Revised and expanded, this edition includes a new chapter that introduces the most important of the recent developments in quantum theory. The authoritative selection of topics ensures that readers already familiar with the first edition of the book will extend their knowledge of quantum theory, and those with no previous knowledge acquire an insight into this fascinating world.

"… an excellent introduction to an interesting and ongoing field of research in physics for those who have some knowledge of quantum theory."

"… a splendid book … a good reference for current undergraduates … there is an enormous amount to be learned from this book, both in terms of the quantum world itself and in terms of the spirit in which it might be enjoyed."

"His writing is … clear and commendably free from … mystification and hype …"

"… outlines with great clarity the different points of view adopted by various schools of physicists who are striving to understand the meaning underlying the theories they use every day."

"There is much here to help the teacher develop, and to pass on to his students, the modes of thought which are appropriate for an understanding of this difficult subject."

"… one of the best introductions to the mysteries of quantum theory for the reader without a background in physics and mathematics that has appeared."