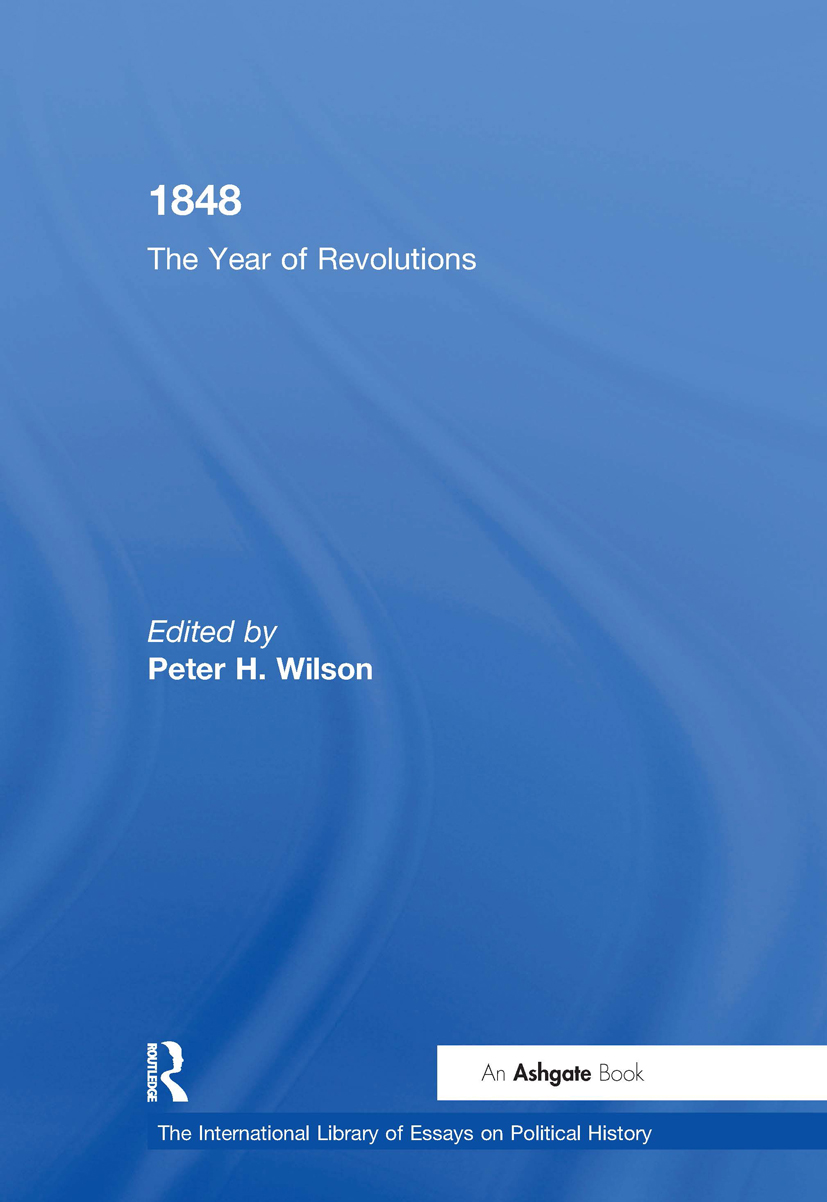 The Year of Revolutions, 1st Edition

Europe was swept by a wave of revolution in 1848 that had repercussions stretching well beyond the Continent. Governments fell in quick succession or conceded significant reforms, before being rolled back by conservative reaction. Though widely perceived as a failure, the revolution ended the vestiges of feudalism, broadened civil society and strengthened the state prior to the rapid industrialisation and urbanisation of the latter part of the nineteenth century. This volume brings together essays from leading specialists on the international dimension, national experiences, political mobilisation, reaction and legacy.

Contents: Introduction. Part I International Dimension: A balancing act: domestic pressure and international systemic constraints in the foreign policies of the great powers 1848-51, M. Schulze; The 1848 revolutions and the British empire, M. Taylor. Part II National Experiences: Chartism in 1848: reflections on a non-revolution, H. Weisser; Spain and the revolutions of 1848, D.R. Headrick; The making of the Roman republic, H. Hearder; Revolutionary organisation in the context of backwardness: Hungary's 1848, G. Handlery; Liberal constitutionalism in the Frankfurt Parliament of 1848: an inquiry based on roll-call analysis, D.J. Mattheisen. Part III Political Mobilisation: The insurrectionary tradition in France 1835-48, P. Pilbeam; Peasants and revolutionaries in Venice and Veneto, 1848, P. Ginsborg; Petitions and the social context of political mobilisation in the revolution of 1848/49, C. Lipp/L. Krempel; Violence between civilian and state authorities in the Prussian Rhineland 1830-48, J.M. Brophy; Festivals of national unity in the German revolution of 1848-49, J. Sperber; German women and the revolution of 1848-49: Kathinka Zitz-Halein and the Humania Association, S. Zucker. Part IV Counter Revolution and the State: The role of state violence in the period of transition to industrial capitalism: the example of Prussia from 1815 to 1848, A. LÃ¼dtke; Contention with civility: the state and social control on the German southwest 1760-1850, K. Wegert; The failure of popular counter-revolution in Risorgimento Italy: the case of the centurions, 1831-47, A.J. Reinermann; The techniques of repression. The control of popular protest in mid-19th-century France, R. Price; An army divided: the loyalty crisis of the Habsburg officer corps in 1848-49, I. Deak. Part V Legacy: Garibaldi and the legacy of the revolution of 1848 in southern Spain, G. Thomson; Commemorations of the revolution of 1848 and the Second Republic, T. Baycroft. Index.