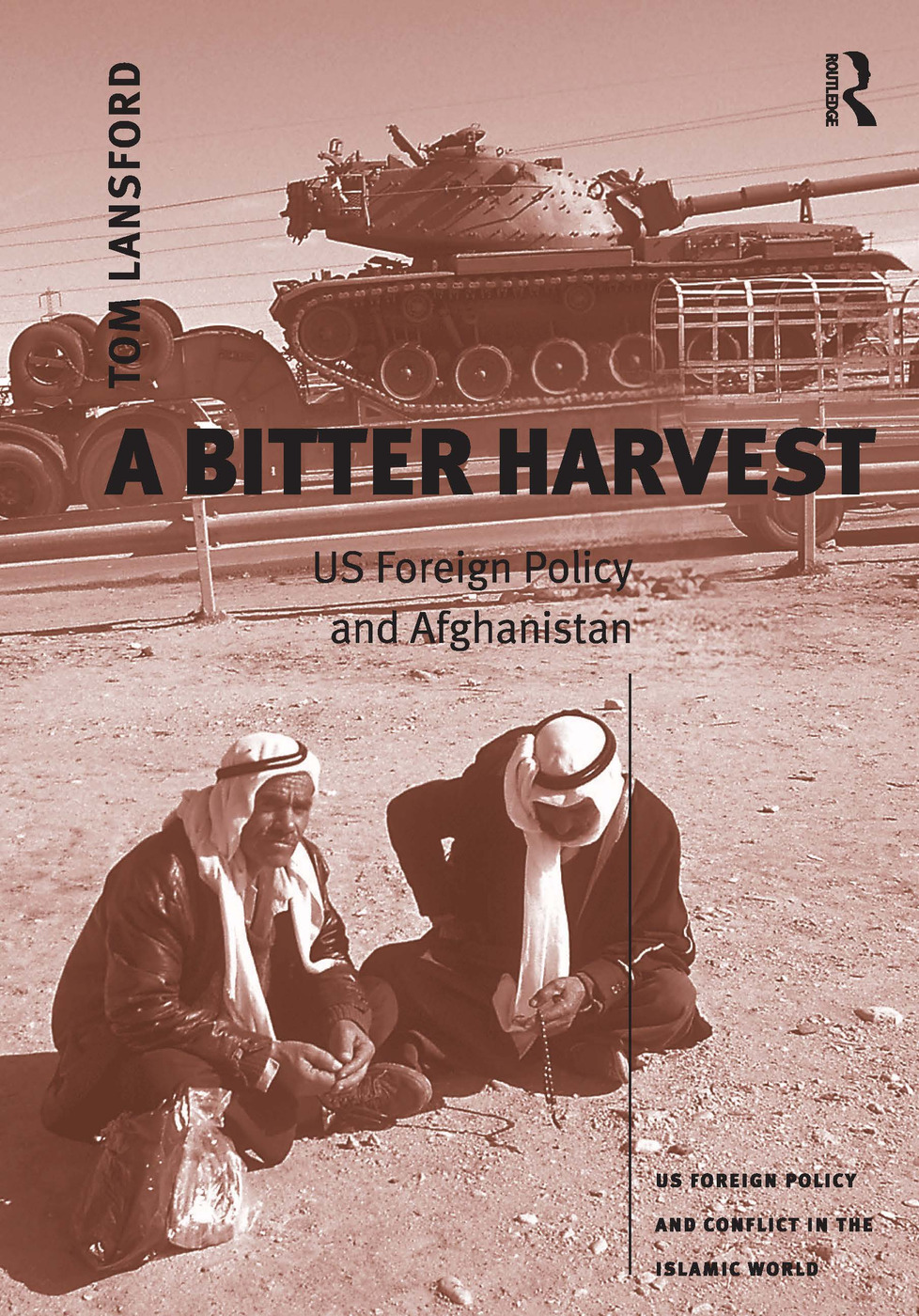 The 2001 terrorist attacks on the United States formed part of the larger legacy of American interaction in Afghanistan. From the end of World War II onward, American foreign policy had a significant impact on the conflicts that marked the twentieth century history of this troubled land. The role of the United States was magnified by the violence of the ongoing internal ethnic struggles and the external machinations of the superpower Cold War rivalry. In line with the aims of the series, this valuable new book: Â· presents a historical overview of the causes and legacy of Afghanistan's internal conflict Â· explores the role and influence of the actors involved, including the various ethnic and religious groups and external powers such as the United States and the Soviet Union Â· provides the framework for a broader exploration of US policy toward Afghanistan A Bitter Harvest concludes with an assessment of US policy and policy recommendations.

’Lansford’s important and timely book provides the historical context necessary to understand Afghanistan’s complex problems and potential…Policy makers and concerned citizens alike would do well to read Lansford’s trenchant account of US foreign policy toward Afghanistan, past and present.’ Assistant Professor Douglas M. Brattebo, US Naval Academy, USA ’Tom Lansford provides the first in-depth, historical account of US policy in Afghanistan from the Truman era through the current occupant of the White House…This ambitious study is highly recommended for use by undergraduates and graduate students and will serve as an important guide for current policymakers of the 'always uncertain politics' of Afghanistan.’ John Davis, Howard University, USA 'As a source of information and references this book is systematic and credible.' New Zealand International Review 'This book is much more than a mere discussion of US foreign policy towards Afghanistan…It is a useful guide to those who want to gain a general knowledge of the country, or who want to understand the present American presence within a historical context…Tom Lansford should be commended for his attempt to cover an enormously large amount of information…while presenting a well-structured and highlyg readable book.' Millennium

Contents: Introduction: the renewed importance of Afghanistan in US policy; The ethnic actors; Colonialism and the history of conflict; The failure of the post-colonial Afghan state; US policy at the dawn of the Cold War; The turn to the Soviet Union; 1979: the invasion and the Mujahideen; The Taliban and post-Cold War US policy; September 11 and the fall of the Taliban; Conclusion: the present and future US role; Bibliography; Index.

Tom Lansford is Assistant Dean for the College of Arts and Letters, and Associate Professor of Political Science, at the University of Southern Mississippi in Long Beach, Mississippi, USA.

The proliferation of an anti-US ideology among radicalized Islamic groups has emerged as one of the most significant security concerns for the United States and contemporary global relations in the wake of the end of the Cold War. The terrorist attacks of September 11, 2001 demonstrated the danger posed by Islamic extremists to US domestic and foreign interests. Through a wealth of case studies this new series examines the role that US foreign policy has played in exacerbating or ameliorating hostilities among and within Muslim nations as a means of exploring the rise in tension between some Islamic groups and the West. The series provides an interdisciplinary framework of analysis which, transcending traditional, narrow modes of inquiry, permits a comprehensive examination of US foreign policy in the context of the Islamic world.